IMAGE: After Tiger Woods was seriously injured in a car crash in February, there were doubts if the golf legend would ever be seen on the links again.
Tiger returned to golf after a year alongside his son Charlie Woods at The Ritz-Carlton Golf Club in Orlando, Florida, on Sunday, December 19.Photographs: Joe Skipper/Reuters IMAGE: At 12, Charlie is seen as something of a golf prodigy with rich potential to make it big. IMAGE: Father and son on the practice range. IMAGE: Folks who practised with Tiger and Charlie before they made an appearance at the Ritz-Carlton Golf Club said the father was teeing well -- almost like the Tiger of old -- and the son -- well, he was more than a chip off the old block. 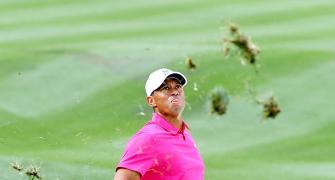 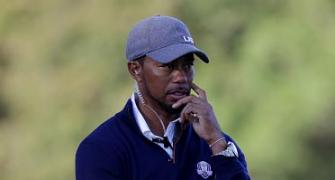 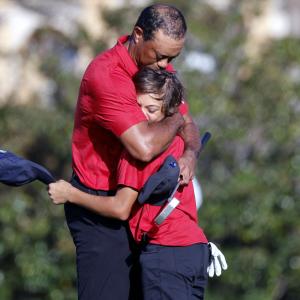 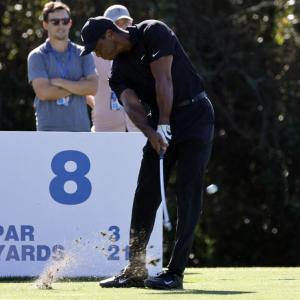 Tiger says return to golf is all about having fun