Tiafoe out of World TeamTennis after positive COVID-19 test 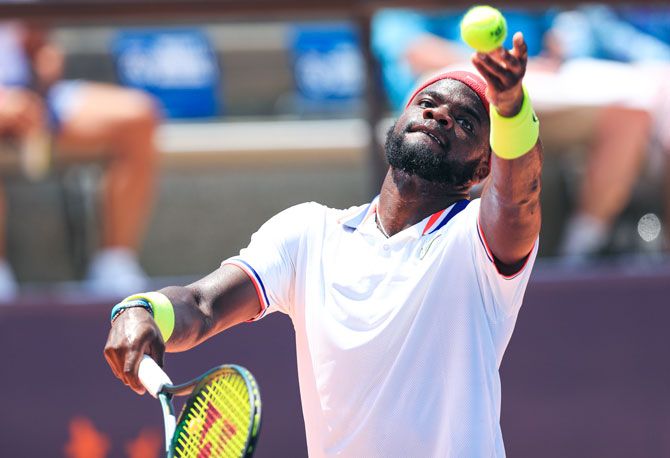 Frances Tiafoe will be unable to compete for the Washington Kastles in the 2020 World TeamTennis season after testing positive for COVID-19 during the advance travel testing window, tournament chief Carlos Silva said on Monday.

Tiafoe, 22, returned a positive test on Friday and was forced to withdraw from the All-American Team Cup exhibition tournament in Atlanta.

World TeamTennis, an innovative mixed-gender professional tennis league, will start from July 12 at the Greenbrier, West Virginia, and up to 500 fans will be allowed to attend matches.

Grand Slam champions Venus Williams, Kim Clijsters and Sofia Kenin are among the players who have signed up for the three-week event featuring nine mixed-gender teams in action.