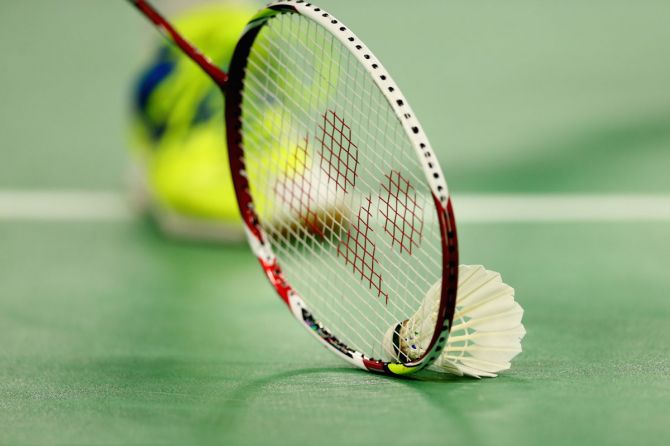 IMAGE: Three Indian shuttlers tested positive for COVID-19 ahead of the All England Championship, starting in Birmingham, on Wednesday. Photograph: Michael Steele/Getty Images for BEGOC

Three Indian shuttlers tested positive for COVID-19 ahead of the All England Championship while a few are awaiting confirmation on their inconclusive samples as India's campaign has been thrown into chaos before the start of the tournament, starting in Birmingham on Wednesday.

A member of the support staff has also tested positive, leaving the players without much practice.

"We have three players and one member from the support staff who have tested positive. I find it completely absurd how this can happen, since we have been isolated in Zurich since the Swiss Open started two weeks ago," India's Danish foreign coach Mathais Boe was quoted as saying by sport.tv2.dk.

"We have been tested 5 times in 14 days and all tests have been negative. We have only gotten along with each other, so how can they suddenly test positive?"

The names of the players who have tested positive could not be confirmed.

India's badminton couple Saina Nehwal and Parupalli Kashyap has also been left confused less than 24 hours before the start of the Super 1000 tournament after the latter's tests for COVID-19 came "inconclusive".

Saina too is waiting for her results for her COVID-19 tests.

The London Olympics bronze medallist Saina complained she couldn't practice for the tournament.

"Ok I have to do this now ! Matches are starting tomorrow at the All England and still no reports of the Covid test done 30hrs before . No practice , no gym .. for 2 days now," she tweeted.

The 2015 runners-up at All England, Saina had to go through a similar experience in Thailand in January when she had returned positive in a third COVID-19 test but was cleared to compete later after further investigation. 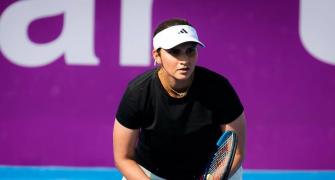 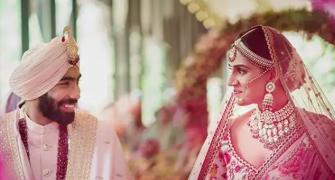 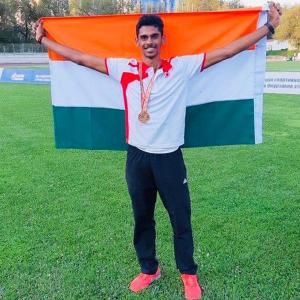 Sindhu and Co. chase elusive title at All England