IMAGE: Despite undergoing two surgeries due to respiratory issues, Aditya Choudhary, left, has been living the triathlon dream passionately

Aditya, who turned 18 on the day of the challenge, finished the triathlon in 6 hours, 5 minutes and 4 seconds in the event held in Bahrain. The minimum qualifying age for participating in Ironman 70.3 is 18 years and Aditya completed the task on his 18th birthday, making him the youngest athlete in the world to achieve the feat.

Ironman 70.3, also known as a Half Ironman, is one of a series of long-distance triathlon races organized by the World Triathlon Corporation (WTC).

Aditya completed the 1.9 km long swim in 43 minutes, the 90km bike ride in 2 hours 57 minutes and the 21.1 km run in 2 hour 3 minutes. There was a 15 minute changeover between the swimming, cycling and running event. 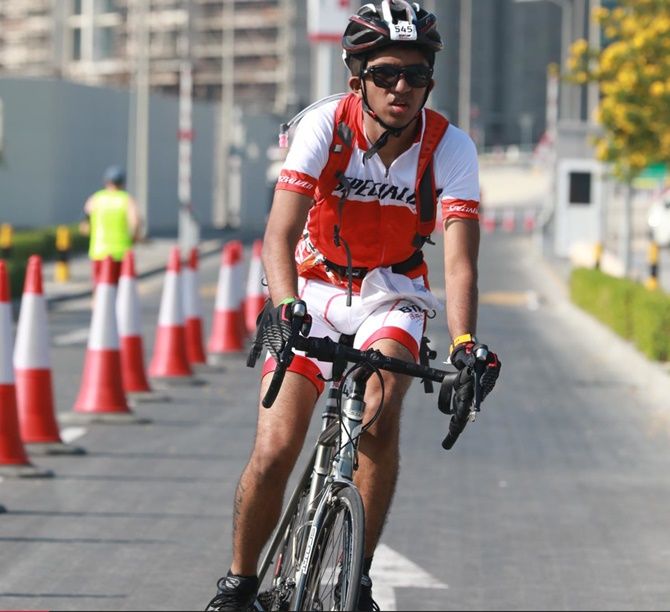 The '70.3' refers to the total distance covered in the triathlon in miles -- 113.0 km covered in swimming, cycling and running segments.

"The moment I finished, tears were flowing- this was the most precious moment in my life! Every time I got tired or cold due to the swim or my muscles felt as if they were on fire, I could only recollect the hard work that went into training for this day, for the past six years. Besides, I wanted to achieve this for our country," says Aditya.

Remarkably, the young boy swam without a wet suit in cold water (16 degrees) and had to spend 10 minutes warming up before the cycling segment.

"I owe my success in this triathlon to my mentor, Dr. Mihir Patki, who weaved it in my life as my goal to make my country proud. He taught me to take up challenges as opportunities, and every time I felt like I would break down, his voice resonated in my ears to keep going.  Anyone can become an Ironman with a guide and coach like him," adds a thankful Aditya.

The young athlete has been training for Ironman since the past six years. 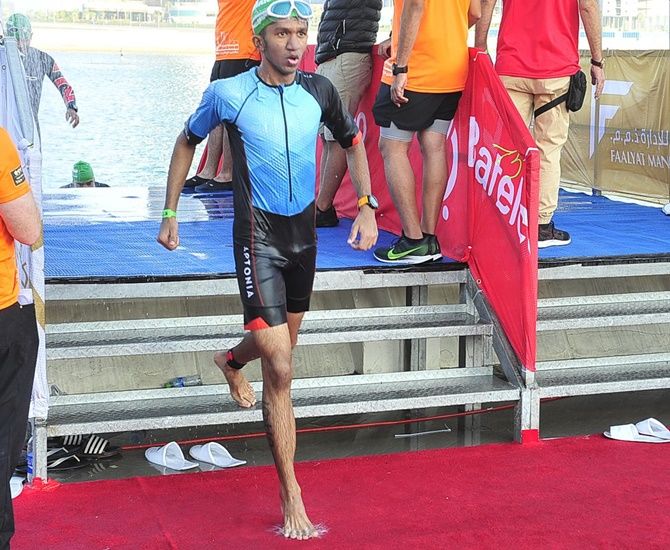 Despite undergoing two surgeries due to respiratory issues, Aditya has been living the triathlon dream passionately. He has participated in long distance cycling from Mumbai to various places such as Lonavala, Igatpuri, Pratapgarh and Amby Valley. He has been rigorously practicing swimming since the age of six years.

He has been following a strict dietary routine and practice schedule for running. Waking up at 4 am everyday to practice and following a disciplined schedule since his early teenage years, have been instrumental in preparing him for the big day.

With this success, the young Ironman envisages to promote endurance sports amongst the youth of the nation, as most youngsters are fascinated only by cricket and football. He advocates that swimming, cycling and running require minimum facilities and resources and they give optimal health benefits.

The youngster also plans to participate in marathons across the world, trek to the Everest Base camp in near future and adopt a vegan lifestyle. 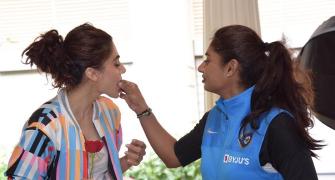 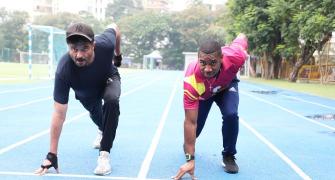 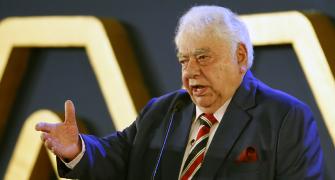 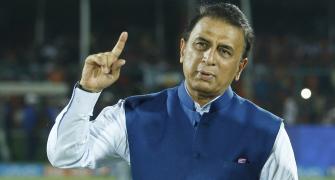 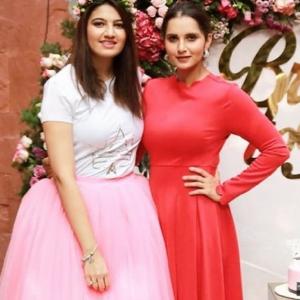