'It's (hijab) not going to make me less faster. Even if it slows me down, it is, what makes me comfortable'

'None of the brands are appreciating women wearing hijab in sports' 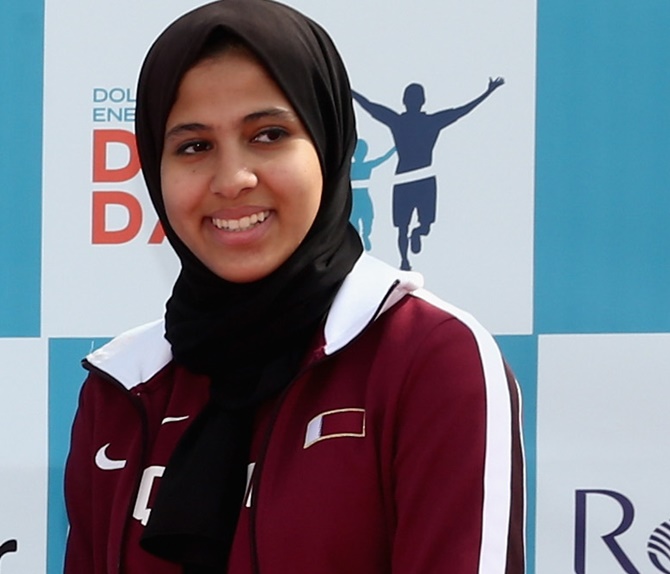 Leading Qatari woman athlete Mariam Farid, who competes wearing a hijab, says she would never compromise on her identity but would not mind blending a bit of fashion with religion.

At a young age of 15, Mariam had played a significant role in Qatar winning the bid in November 2014 to host its first ever IAAF World Championships.

As Qatar's ambassador, she had delivered an emotional speech, convincing the panel to accept their bid which emphasised on breaking barriers and changing the western world's perception about the Arab world.

Four years after that successful bid, Mariam is now preparing herself to deliver on the promise when Doha will host the Championships next year.

She is aiming to produce a strong show in the 400m hurdles event. 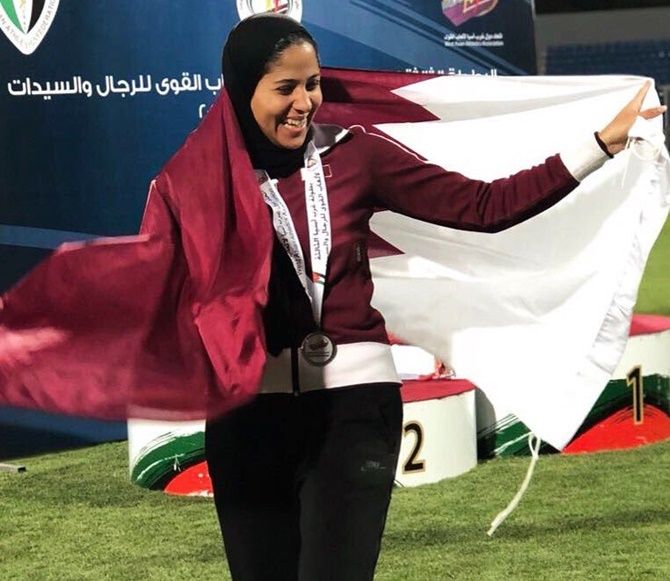 "In the beginning, I used to wear a long shirt and then a short shirt but now I try to find something easier and comfortable. It's (Hijab) not going to make me less faster. Even if it slows me down, it is, what makes me comfortable, this is my identity. It should not bother anyone," said Mariam.

To prove her point that running with her body covered, won't compromise her speed, she cites example of Australian athlete Cathie Freeman, who became the women's 400m Olympic champion in 2000 while running with full body-kit, her arms and head covered.

And she is not the only one who wears hijab. In 2016, when Kariman Abuljadayel became the first Saudi woman to compete in the 100 metres at the Rio Games, she also wore full body-kit.

However, Mariam would like to modify the hijab, a must for women in many Islamic countries. Maybe 10 years down the line when she is done with athletics career, she wants to manufacture hijabs that would complement the beauty of a woman.

"I want to start my own business, which helps in empowering and inspiring younger generation of women. None of the brands are appreciating women wearing hijab in sports. It will be a good idea to open the doors," she said.

"Recently Nike gave me a hijab. Whatever it is, but it looks bad (laughs). We need brands like Nike and Adidas to do (design) something beautiful for us."

So how different the hijab, she wants to introduce, would be from the one worn now?

"Beautiful. I should not look awkward. Just because I am wearing a scarf, it should not make me look less beautiful. It should be fashionable. Of course, religion and fashion can go together." 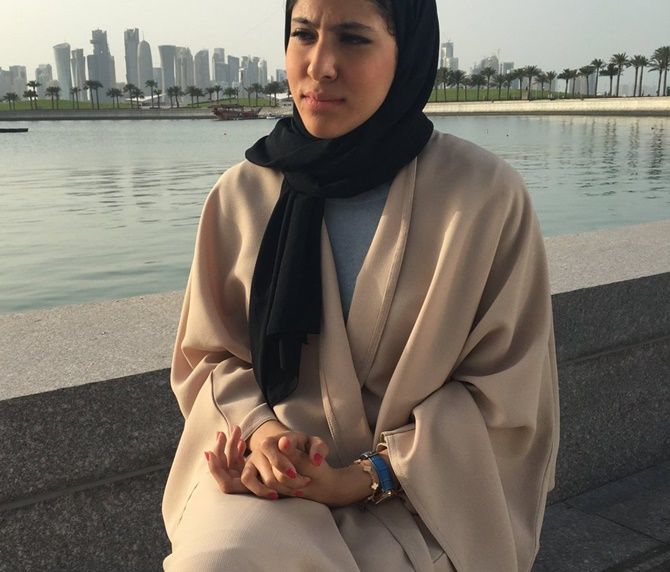 IMAGE: Mariam, all of 20, says that she is her own role model. Photograph: Mariam Farid/Twitter

Coming from a family of seven, which has five doctors, Mariam says she does not feel pressure to perform before the home fans.

"A champion is not made in one day or one year. It takes years. I started three-four years back. I don't feel pressure. One year to go, nothing is impossible."

When Mariam, all of 20 and without a major medal in her kitty, says that she is her own role model, the Qatari may sound cocky.

However, the strong-willed hurdler says it is important to be confident because if you are not, people around you will try to break you.

"Not everyone wants to see you happy. Majority would want see you fail. I don't want to sound arrogant but I am my own role model. I feel I can do whatever I want to do. I have my own goals and passion," she said.

What makes her so confident at such a young age?

"That's my character. I don't accept people telling me that I can't do this or that," said the communications student at Northwestern University in Doha.

Supremely-confident Mariam, coached by Tunsian Awatef Hamrouni, admits that she has flaws too.

"I am not patient enough. This part is killing me. Coach says it will take lot of time (to do well in big championships). I am confident, one day, I will do something big."

"400m hurdles is easy to succeed fast. I am tall and it helps me to jump easily. Jumping the hurdle is break for me from running. So I have a break at every 10 hurdles, It's easy for me."

She also insists that the Arab world is not how the West looks at it.

"Western world have this stereotype that we don't do sport. We (women) sit at home, we are not allowed to move outside. It's a perception and its wrong. Yes, it was not in our culture, 15-20 years ago but now we have strong teams, where a lot of girls are playing," she said adding that they do train with boys too.

"It's very powerful message to the Arab world, to the Muslims and to the people in this region, that we are not less than anyone. No one could imagine that a small country like Qatar could host world championships."