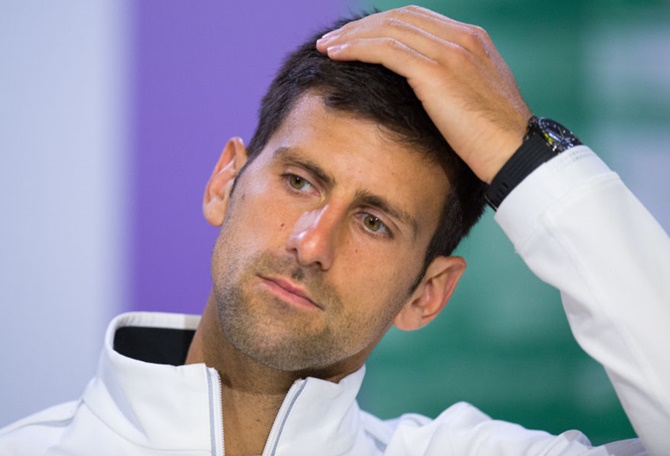 He was the first man since Rod Laver to hold all four grand slams simultaneoulsy and was halfway to the calendar-year slam that Australian great Laver achieved in 1969.

Since then, however, it has all gone wrong for the 30-year-old, and on Wednesday he announced that he would not play again this year due to an elbow injury.

Here is a timeline of Djokovic's decline since the last of his 12 Grand Slam titles. Djokovic arrived at Wimbledon fielding questions about the possible calendar-year slam but suffered a third-round exit to American Sam Querrey -- his first loss before the quarter-final of a grand slam since 2009. Top seed Djokovic was reduced to tears after suffering a shock first-round loss to Argentina's Juan Martin del Potro -- describing it as one of the toughest losses of his life.

Beaten by Wawrinka in 2016 US Open final IMAGE: Novak Djokovic reacts after losing a point during the men’s singles final against Switzerland’s Stan Wawrinka at the US Open. Photograph: Robert Deutsch-USA TODAY Sports/Reuters.

Defending champion Djokovic had enjoyed a lucky run to the final with one walkover and two opponents retiring hurt, but he suffered physically as the burly Swiss beat him in four sets.

Number one ranking under threat from Murray

Djokovic's more than two-year hold on the number one ranking is under threat from Andy Murray. Djokovic loses to Roberto Bautista Agut in the Shanghai semi-finals and then falls to Marin Cilic in the quarter-finals in Paris. Murray goes on an incredible winning run and on Nov.5 is guaranteed taking over as the new world number one.

Year ends with a drubbing

Djokovic could still have wrestled back the year-end number one ranking from Murray at the ATP World Tour Finals but was well-beaten by the British player in the final. Djokovic splits with coach, multiple grand slam champion Boris Becker, after three years together in which he won six of his 12 major titles. 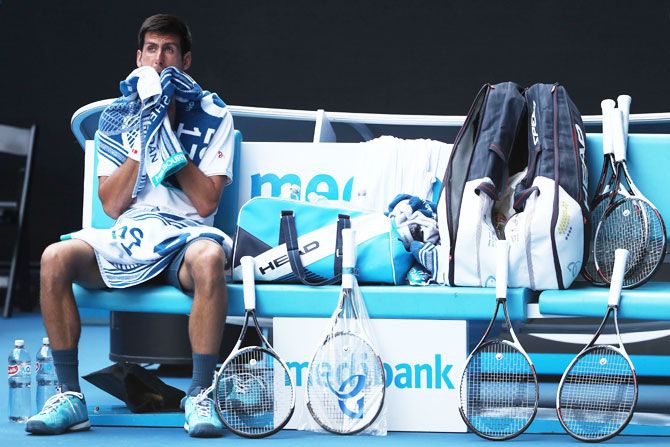 Uzbek journeyman Denis Istomin beat reigning champion Djokovic in the second round of the grand slam he had all but dominated for the past seven years. It was Djokovic's earliest grand slam exit since 2008. 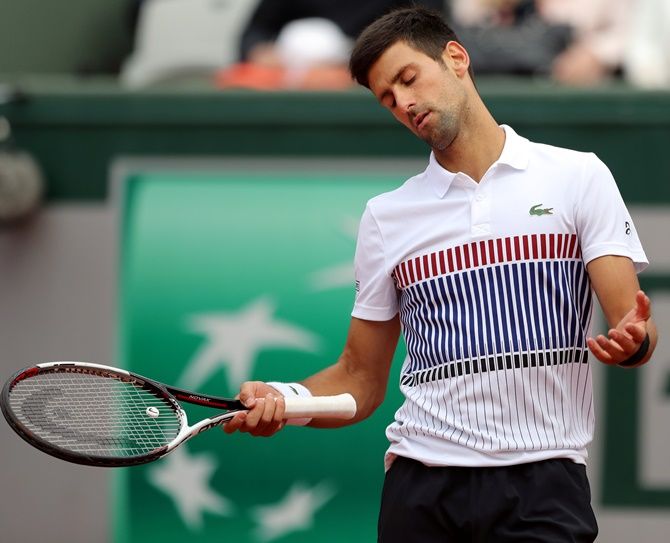 Despite having announced he was working with Andre Agassi, Djokovic was crushed by Dominic Thiem in the quarter-finals -- losing the third set 6-0 -- sparking outrage from some Serbian fans who accused him of disintegrating.

Djokovic won the Eastbourne grasscourt title -- only his second of the year -- but retired in the quarter-finals at Wimbledon against Tomas Berdych, citing an elbow injury.

Djokovic is currently ranked fourth in the world -- his lowest mark since 2009 -- and he is set to slide further. A couple of weeks after his Wimbledon exit, Djokovic announces on Facebook Live that he will not play again in 2017.

© Copyright 2021 Reuters Limited. All rights reserved. Republication or redistribution of Reuters content, including by framing or similar means, is expressly prohibited without the prior written consent of Reuters. Reuters shall not be liable for any errors or delays in the content, or for any actions taken in reliance thereon.
Related News: Novak Djokovic, IMAGE, Andy Murray, Juan Martin Del Potro, Boris Becker
COMMENT
Print this article 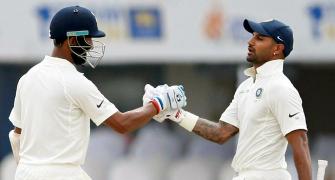 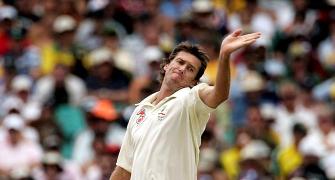 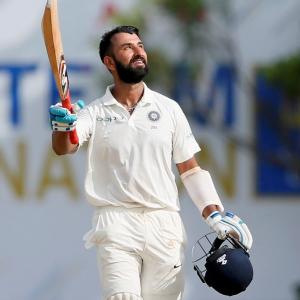