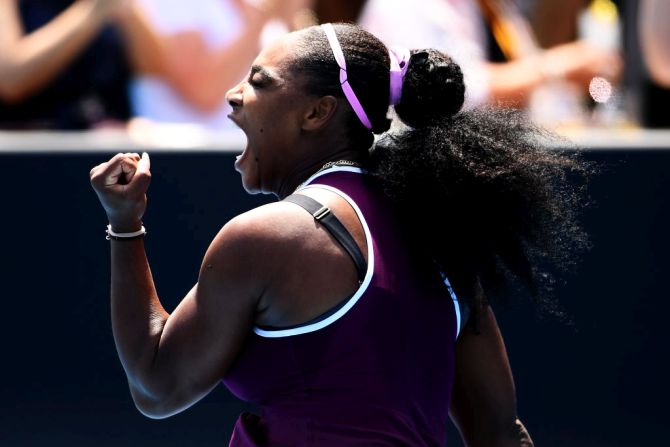 Top seed Serena Williams overcame windy conditions to reach the semi-finals of the Auckland Classic on Friday with a 6-4, 6-3 victory over Germany's Laura Siegemund.

The 23-times grand slam winner will meet either third seed Amanda Anisimova or Canada's Eugenie Bouchard in the last four.

Williams had little trouble against the 31-year-old German although the gusty breezes at Auckland Tennis Centre played havoc with her ball toss, especially when she was serving for the match at 5-3 in the second set.

She saved one break point, a characteristic of the match, in the final game but served an ace to get to match point then sealed it when a Siegemund forehand return went wide while she was under pressure.

"She was an incredibly tricky player," Williams said of the one hour, 28 minute match.

"The conditions definitely didn't help so ... it's good to get through that."

Jessica Pegula was the first player to advance to the semi- finals when her opponent Alize Cornet retired in the second set.

The American had raced through the first set 6-0 and was leading 3-2 in the second before the Frenchwoman retired with a leg injury after an hour's play.

Pegula will meet either crowd favourite Caroline Wozniacki or two-time defending champion Julia Goerges in the semi-finals, with the pair due to play their quarter-final later on Friday.

Wozniacki and Williams are also scheduled to play their doubles semi-final against the Belgian pair of Kirsten Flipkens and Alison Van Uytvanck in the evening session.

Osaka prevails in third three-setter to advance to Brisbane semis

Third seed Naomi Osaka survived another testing three-setter to beat Dutchwoman Kiki Bertens 6-3, 3-6, 6-3 to advance to the semi-finals of the Brisbane International on Friday.

It was Osaka's third consecutive three-setter in the tournament and the former world number one eventually prevailed in two hours to reach the semi-finals for the second year in a row at the Pat Rafter Arena.

As a result, the 22-year-old will leapfrog Simona Halep to rise to third in the singles rankings as the Japanese prepares to defend her Australian Open crown later this month.

"I tried to defend in my US Open title and that didn't work out so well, so I hope it's better for me this time around," Osaka said in a post-match interview after her 14th consecutive win since her last-16 exit at Flushing Meadows.

After both players won a set each, the opening game of the third set -- which lasted 11 minutes -- proved to be the turning point when Osaka saved three break points to take the lead.

She then broke again at 3-2 to take control of the match, bringing up three match points with only her fourth ace of the contest before an unforced error from Bertens gave her the win to set up a semi-final with Alison Riske or Karolina Pliskova.

Alexandrova ousts Muguruza to set up Shenzhen final with Rybakina

Alexandrova needed only 76 minutes to beat the Spaniard, a two-times Grand Slam winner, to reach her second WTA singles final and she will look to win her first trophy on the tour when she takes on Kazakh seventh seed Elena Rybakina.

"It was a tough match right from the start," Alexandrova said.

"I was calmer than yesterday and that helped a lot. I'm happy I did my best and I hope I can do it tomorrow."

Muguruza was unable to cope with Alexandrova's powerful groundstrokes and the Russian earned double breaks in both sets to win, as much as Muguruza tried to delay the inevitable after losing five of the first six games in the second.

In the other semi-final, Rybakina beat the Czech Republic's Kristyna Pliskova 6-2, 7-5 to advance to her third WTA final in 72 minutes.

Rybakina, who knocked out third seed Elise Mertens in the quarter-finals, won 80% of her first serve points and converted three of six break points, without dropping serve herself.

© Copyright 2020 Reuters Limited. All rights reserved. Republication or redistribution of Reuters content, including by framing or similar means, is expressly prohibited without the prior written consent of Reuters. Reuters shall not be liable for any errors or delays in the content, or for any actions taken in reliance thereon.
Related News: Serena Williams, Ekaterina Alexandrova, Naomi Osaka, Garbine Muguruza, Elena Rybakina
SHARE THIS STORYCOMMENT
Print this article 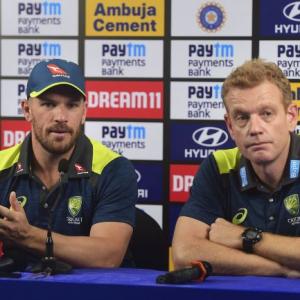