11 titles, three out of the four Majors, six out of the nine Master Series trophies, the World Championships and an 82-6 win-loss record. That's Novak Djokovic's 2015 for you.

The Serb's dominance, points out Bikash Mohapatra/Rediff.com, is way beyond numbers; it's about how he forced his opponents into submission. 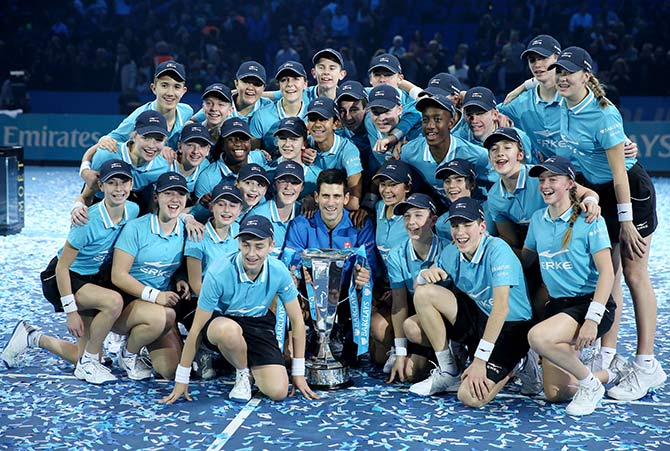 It was his 48th birthday and the German was at the O2 Arena in London, displaying a trait quite opposite to his playing days.

For someone who played at a time when professional tennis was competitive, to an extent that anybody could beat anybody on a given day, Becker was an aggressive player.

It was this aggression that made for a stellar career that, among other things, ensured six Majors and 49 ATP titles, but lack of consistency meant he never dominated the sport that probably a player of his class should have.

The player he coaches these days is doing precisely that. 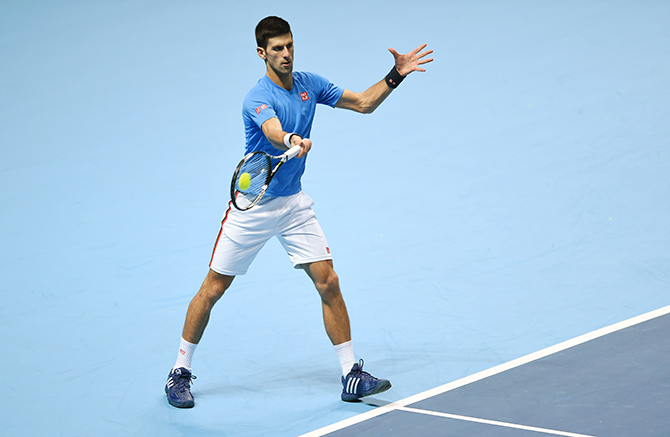 A dominant display by the Serb was the best possible birthday gift for Becker.

At the same time, it reiterated the fact that going by the level of tennis Djokovic is playing at present there's not much a coach can add to. Becker can afford to relax.

'It's been a long season, but the best of my life,' the Serb told the post-match conference.

It's tough to improve perfection, but Djokovic has done exactly that this year.

That he totally dominated the courts in the calendar year 2011 is now part of tennis folklore. 2015 saw him script a new legacy, one that supersedes his previous achievements by a considerable distance.

The major difference between Djokovic's performance in 2011 and 2015 is while in the former he ran out of steam following the US Open -- with four of his six defeats coming thereafter, in the latter the Serb went from strength to strength, capping another perfect year in the best possible manner -- the year-end world title. 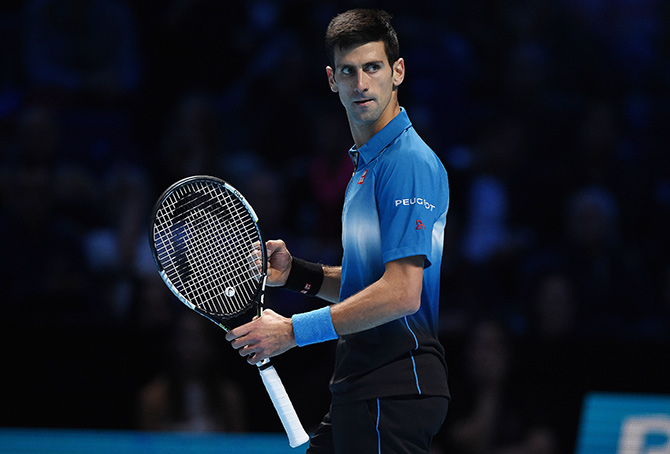 If statistics alone is used as a barometer to determine dominance, then Djokovic's stellar year can be explained in a sentence: A haul of 11 titles, three out of the four Majors, six out of the nine Master Series trophies, the World Championships and an 82-6 win-loss record.

The Serb's dominance is way beyond numbers. It's about how he forced his opponents into submission.

Till last year it was about the 'Big Four'. Federer, Rafael Nadal, Andy Murray and Djokovic were considered the quartet that dominated the sport in such a manner that the other players found it difficult to compete at that level, let alone win.

This year it was only about 'The One'.

While Nadal, who had a forgettable year in many ways than one, failed to get the better of Djokovic throughout -- the Spaniard has now lost eight of his last nine matches against the Serb, including four this year -- Murray won only one out of seven meetings.

Federer fared better. To give credit where it is due, the Swiss star is still a tough opponent in the twilight years of his career.

Three of Djokovic's six defeats this year came courtesy Federer, including the final in Cincinnati -- the only Masters Series event Djokovic is yet to win despite having contested five finals.

More importantly, he came up trumps when it mattered the most, getting the better of Federer in the final at both Wimbledon and the US Open, as well as Indian Wells, the Rome Masters and Sunday's World Finals.

That is five times in seven finals! 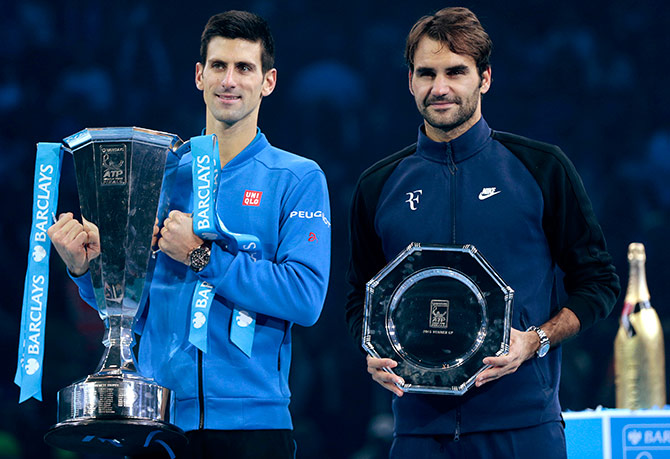 'Against Roger it's very specific,' Djokovic explained. 'You need to adjust to the tactics because of his game.'

The explanation clearly underlines how accurately he studies his opponents before creating a strategy to counter them. It is this astuteness, coupled with grit and determination, that has taken the Serb a level above his closest rivals.

For one who was in the shadow of the Federer-Nadal combine, and neck-and-neck with Murray a few years ago Djokovic has come a long way.

So much so that even when he is not winning, he is very much there till the end. That four of his six losses this year were in the final, as also the fact that he failed to make it past the last eight stage just once, underlines his total dominance of tennis.

Perfecting perfection takes a lot. Djokovic has done it this year. The level at which he is playing provides a clear indication that he is capable of doing it again.