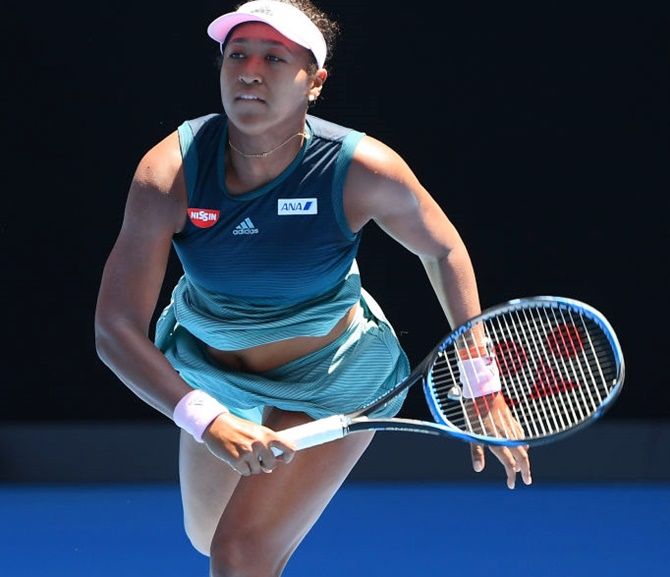 World number one Naomi Osaka was beaten in her opening match at the Dubai Duty Free Tennis Championships on Tuesday, losing to France's Kristina Mladenovic 6-3, 6-3 on her return to competitive action after winning last month's Australian Open.

Osaka, who parted ways with coach Sascha Bajin last week following her victory in Melbourne, struggled with her service game, winning 48 per cent of her first serve points and making 25 unforced errors as she folded in just over an hour.

Mladenovic hit three fewer winners than Osaka's 19, but made nine unforced errors and converted seven of the 10 break point opportunities she carved out en route to registering her first career victory over a reigning world number one.

The Frenchwoman, who is ranked 67th in the world, faces Spain's Carla Suarez Navarro in the round of 16. Suarez Navarro beat China's Shuai Zhang earlier on Tuesday.

Wozniacki pulls out of Dubai C'ship due to illness Former World No 1 Caroline Wozniacki has withdrawn from the ongoing Dubai Duty Free Tennis Championships due to a viral illness.

The 28-year-old, who was scheduled to play Swiss tennis player Stefanie Voegele, expressed disappointment over the same but asserted that she needs to be fair to herself, as well.

“It sucks. I was prepared and was ready to play. I was hoping to recover in time and get ready to play the game but I just wasn't. I have to be fair to myself as well. If I cannot even play at reasonable level there is no reason for me to be out there,” Caroline said.

The illness came as a big blow to the Denmark player as she holds a good record in the tournament. She had clinched the trophy in 2011 and had reached the semi-final stage, four times, WTA reported.

Caroline was suffering from the same illness during the 2019 Australian open where she failed to defend the title after going down against Maria Sharapova in the third round.

Dubai Duty Free Championship, which started on February 15, will conclude on March 2.

Qatar Open champion Elise Mertens was upset 5-7, 6-4, 7-5 by Chinese qualifier Zhu Lin after a battle lasting nearly three hours in the first round of the Dubai Duty Free Tennis Championships on Monday.

Mertens, the 16th seed, started poorly but rallied to win the first set before Zhu struck back, opening a 5-1 lead in the second only for the Belgian to reel her in and get back on serve.

However, Zhu held her nerve, claiming the second set to send the match to a decider and recovering from a 3-1 deficit in the third to seal the biggest victory of her career and set up a second round clash with Ukrainian Lesia Tsurenko.

Brady was one of three Americans to advance on the second day of the tournament, with her compatriots Alison Riske and Sofia Kenin also reaching the next round.

Kenin turned in a dominant performance to get past Romanian Mihaela Buzarnescu 6-3 6-0, while Riske stunned 13th seed Julia Goerges 6-4 7-5 to set up a meeting with former finalist Alize Cornet of France.

But the biggest name to exit the tournament bowed out without playing a shot. Caroline Wozniacki, the ninth seed, withdrew just before her opener after failing to shake off the virus that kept her out of the Qatar Open last week.

The Dane’s place in the draw was taken by lucky loser Polona Hercog, who was sent packing by Switzerland’s Stefanie Voegele in straight sets.