IMAGE: Australia’s Nick Kyrgios in action during his match against Switzerland's Stan Wawrinka at the Acapulco Open, in Acapulco, Mexico, on Thursday. Photograph: Henry Romero/Reuters

Nick Kyrgios overcame a hand injury, leg cramps and a solid performance from Stan Wawrinka to prevail 7-5, 6-7(3), 6-4 and advance to the semi-finals of the Acapulco International on Thursday.

The mercurial Australian, who defeated Rafa Nadal the night before in a match where the Spaniard later criticized Kyrgios' on-court demeanor, was focused in the quarter-final and outplayed Wawrinka in the match's biggest moments despite crowd that vocally backed the Swiss.

The night did not begin well for the hard-hitting Kyrgios, who slipped while hitting a backhand in the match's opening game, opening up a cut on his right hand that required medical attention.

Leg cramps, which also required a visit from the trainers, followed in the deciding set but nothing could derail Kyrgios, who won his final service game at love to keep his hopes of a maiden championship at the tournament alive.

Next up for Kyrgios is either big-serving American John Isner or his eighth seeded countryman John Millman, who play later on Thursday.

Earlier in the day Briton Cameron Norrie cruised past American Mackenzie McDonald 6-3, 6-2 to book his ticket to the semis.

Norrie will face second-seeded German Alexander Zverev, who did not face a break point en route to a 6-4, 6-4 win over Australian Alex de Minaur. After a brief interruption when the players were locked at 5-5 in the opening set, Federer saved two set points in the tiebreak and held firm to gain the upper hand in the contest.

The drizzle returned at 4-4 in the second set but Federer switched gears after the restart, sealing a decisive break to go ahead 5-4 and closed out the match in an hour and 56 minutes.

The 20-times Grand Slam winner, who is seeking his 100th ATP title, next takes on the winner of the quarter-final between sixth seed Borna Coric and Georgia's Nikoloz Basilashvili.

Gael Monfils continued his fine recent form by rallying past Lithuanian qualifier Ricardas Berankis 6-1, 6-7(3), 6-2, with the victory set to catapult him back into the top 20 on Monday.

The Frenchman, who won his first title of the year in Rotterdam earlier this month, takes on Australian Open semi-finalist Stefanos Tsitsipas in the last-four.

"We're both serving really well. We have similar game style. I'm a bit more aggressive than him, but he's much faster," Tsitsipas said of Monfils.

The pair have a 1-1 head-to-head record with World No 23 Monfils winning their most recent meeting in Sofia this year.

Nick Kyrgios said he would not listen to criticism from Rafael Nadal, who accused the Australian of lacking respect "for the public, the opponent and toward himself" following their match at the Acapulco International on Wednesday.

Kyrgios overcame a bout of nausea to beat Nadal in a three-hour, three-set thriller, during which the Australian used a mix of typically audacious drop shots and brute power to win 3-6, 7-6(2), 7-6(6).

The quick-playing Kyrgios tried an underarm serve late on in the encounter in an effort to catch Nadal off guard, after the 17-time grand slam champion had moved far behind the baseline to receive.

The Australian also screamed at the packed crowd to "shut up" at one stage, using an expletive that earned him a warning from the chair umpire. Nadal had also expressed annoyance with the spectators' noise.

Kyrgios improved his career record against Nadal to 3-3 but his antics on court during the second round match seemingly annoyed the World No 2.

"He's a player who has enormous talent, could be winning grand slams or fighting for the top positions of the ranking, but there is a reason why he is where he is," Nadal said.

"He lacks respect for the public, the opponent and toward himself," added Nadal, who said he did not think Kyrgios was a "bad guy".

World number 72 Kyrgios, however, shrugged off the criticism.

"He doesn't know the journey I've been through. He doesn't know anything about me so I'm not going to listen at all," the Australian told a news conference.

"I'm not going to comment on his game. I've got my game, he's got his own game."

"The rule in the book says you have to play at the speed of the server."

Kyrgios will play Switzerland's Stan Wawrinka in the quarter-finals.

© Copyright 2022 Reuters Limited. All rights reserved. Republication or redistribution of Reuters content, including by framing or similar means, is expressly prohibited without the prior written consent of Reuters. Reuters shall not be liable for any errors or delays in the content, or for any actions taken in reliance thereon.
Related News: Nick Kyrgios, Rafael Nadal, Stefanos Tsitsipas, ATP Dubai, Roger Federer
COMMENT
Print this article 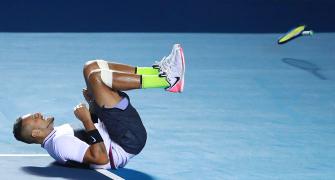 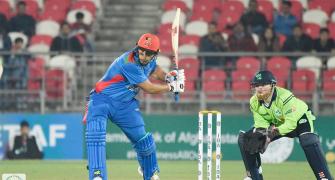 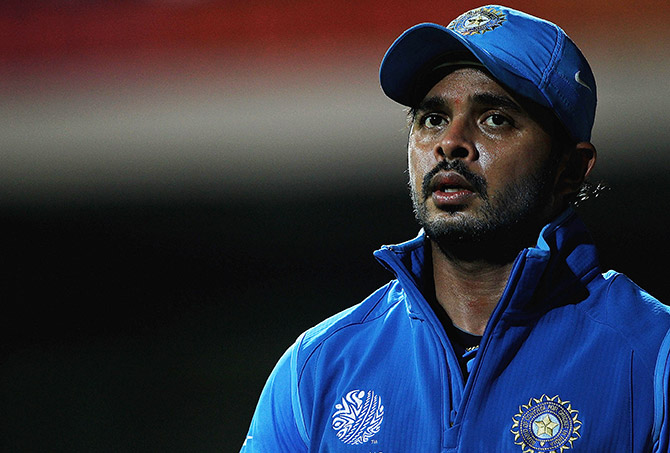 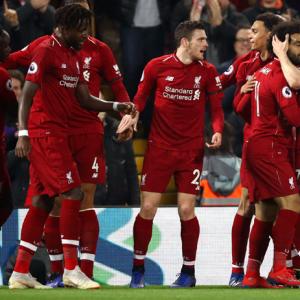