Stan Wawrinka outlasted Frances Tiafoe over three sets to set up an all-home quarter-final against compatriot and fellow veteran Roger Federer at the Swiss Indoors on Thursday.

The 34-year-old Waewrinka, who won 6-3, 3-6, 7-5, will attempt to beat Federer for only the fourth time when they meet for their 27th clash on Friday in a dream tie for the Basel crowd.

Wawrinka's last win over his countryman was at the French Open quarter-finals in 2015, since when Federer, four years his senior, has beaten him seven times in a row.

Earlier, third seed Stefanos Tsitsipas avoided an upset defeat against Ricardas Berankis when he came from a set down.

The Lithuanian, ranked 70th, won the first set in a tiebreak before Tsitsipas took control of his service games to secure the remaining two sets comfortably for a 6-7(4), 6-2, 6-4 win.

Sixth-ranked Tsitsipas faced one break point in the match and won 75% of his second-serve points on the way to his 13th quarter-final of the season.

The 21-year-old has recovered well from a poor patch of form in August, reaching the China Open final and the Shanghai Masters semi-finals.

Thiem, this year's French Open runner-up, had a rocky start as Verdasco broke in the first game of the match before taking the opening set 6-3.

However, the match changed completely in the second set as the Austrian took control. He did not lose a point on his serve and created four break points of his own, converting one to level the contest.

"I played against him in Rio, Rome, Paris and Wimbledon. But never with this incredible support like here," said Thiem, who will face Verdasco's compatriot Pablo Carreno Busta in the last eight on Friday.

"In the first set, everyone saw that I had never won against him, that's why I was struggling. But the good service games gave me more confidence and that made me even better against his serve."

© Copyright 2020 Reuters Limited. All rights reserved. Republication or redistribution of Reuters content, including by framing or similar means, is expressly prohibited without the prior written consent of Reuters. Reuters shall not be liable for any errors or delays in the content, or for any actions taken in reliance thereon.
Related News: Roger Federer, Stan Wawrinka, Stefanos Tsitsipas, Fernando Verdasco, Ricardas Berankis
SHARE THIS STORYCOMMENT
Print this article 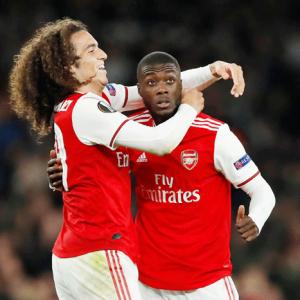 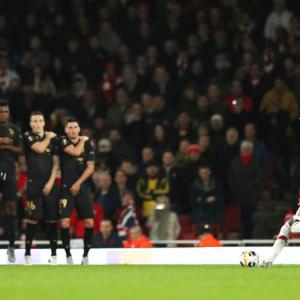