World number one Novak Djokovic suffered a shock defeat by qualifier Jiri Vesely at the Dubai Tennis Championships on Thursday, falling to a 6-4, 7-6(4) loss in the quarter-finals of the ATP 500 event.

The Serbian's defeat meant that US Open champion Daniil Medvedev -- who is currently competing in Acapulco -- will move to the top of the world rankings next week.

Playing in his first event since being deported from Australia ahead of the year's first Grand Slam tournament, an off-colour Djokovic lost serve in the opening game as Vesely matched him stroke for stroke.

Djokovic broke back at 1-2 but was never allowed to settle by Vesely, whose clever drop shots had his opponent scrambling at the net as the Czech sealed the first set 6-4.

The 20-times major winner started strongly in the second set but Vesely maintained his high level, racing into an early lead in the tiebreak to clinch his second career victory over Djokovic.

IMAGE: Spain's Rafael Nadal in action during his round of 16 match against Stefan Kozlov of the US during the Mexico Open ATP 500, Abierto Mexicano, The Fairmont Acapulco Princess, Acapulco on Wednesday. Photograph: Henry Romero/Reuters

Rafael Nadal extended his winning run in 2022 to 12 matches in his best start to a season in his career, dismissing American Stefan Kozlov 6-0, 6-3 in Acapulco on Wednesday to reach the quarter-finals of the ATP 500 tournament.

The 21-times Grand Slam champion, a three-time winner in the coastal resort town, arrived in Mexico having won an Australian Open tuneup event and the hardcourt major in Melbourne last month after missing a chunk of 2021 with a foot problem.

Kozlov was the Spaniard's practice partner on Monday when he was called in as a last-minute replacement for injured Frenchman Maxime Cressy in the main draw.

Barring a brief period in the second set when he converted his only breakpoint chance in the contest, Kozlov was no match for Nadal whose previous best start of 11-0 in 2014 ended with a defeat to Swiss Stan Wawrinka in the Australian Open final.

Next up for the 35-year-old will be another American in 39th-ranked Tommy Paul with a potential semi-final clash against top-seeded Russian Daniil Medvedev, who he defeated in the Australian Open final from a two-sets deficit.

"It's always important to win as quick as possible but the most important thing is to win," Nadal said after his victory in an hour and 16 minutes in hot and humid conditions.

"Tonight has been straight sets, that's great news, and I'll try to be ready for tomorrow again against a tough opponent."

IMAGE: Russia's Daniil Medvedev in action during his round of 16 match against Spain's Pablo Andujar. Photograph: Henry Romero/Reuters

Medvedev earlier crushed Pablo Andujar 6-1, 6-2 and put himself three wins away from victory at the tournament and rising to the world number one ranking for the first time.

Medvedev pretended like he might serve underhand on match point but instead thumped his seventh ace, eliciting a smile from the 68th-ranked Spaniard who played well but who could not break down the Russian's firm defense.

Medvedev will next face Japanese qualifier Yoshihito Nishioka and a title on Sunday for the Russian will guarantee his ascent to the world number one ranking replacing Serbian Novak Djokovic.

It was the 23-year-old Greek's fastest completed win in his career and he will next meet 59th-ranked American Marcos Giron, who earlier defeated Spaniard Pablo Carreno Busta 6-7 (7), 6-4, 7-6 (4), for a place in the semi-finals.

Coco Gauff smacked 26 winners while rolling to a 6-2, 6-3 upset of third-seeded Spaniard Paula Badosa on Wednesday to reach the quarterfinals of the Qatar TotalEnergies Open at Doha, Qatar.

The 14th-seeded Gauff thoroughly outplayed Badosa (12 winners) in the third-round match. She will next face sixth-seeded Greek Maria Sakkari, who was a 6-4, 7-5 winner over ninth-seeded Jessica Pegula.

Also scoring an upset was 15th-seeded Jelena Ostapenko of Latvia -- she was a 6-3, 6-2 winner over second-seeded Czech Barbora Krejcikova. Ostapenko, who had 25 winners, will next face fifth-seeded Spaniard Garbine Muguruza, who posted a 6-0, 6-2 win over Madison Brengle.

© Copyright 2022 Reuters Limited. All rights reserved. Republication or redistribution of Reuters content, including by framing or similar means, is expressly prohibited without the prior written consent of Reuters. Reuters shall not be liable for any errors or delays in the content, or for any actions taken in reliance thereon.
Related News: Rafael Nadal, Daniil Medvedev, Stefan Kozlov, Pablo Andujar, Acapulco
COMMENT
Print this article 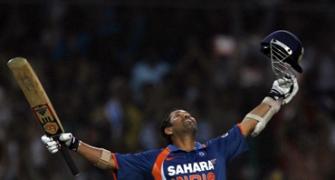 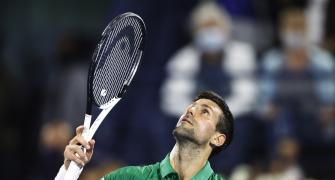