Daniil Medvedev is one win away from retaking the world number one spot after moving past American Jenson Brooksby 7-5, 6-1 and into the Miami Open quarter-finals on Tuesday.

The US Open champion lost his serve in the first game but found momentum after fending off two more break points in the fifth, winning the final four games of the first set in which he fired down six aces.

He ripped through the second set in less than half an hour, dropping one first serve point.

Medvedev will face defending champion Hubert Hurkacz in the quarters, with a win moving the Russian back to world number one on Monday, two weeks after he lost the spot to Novak Djokovic.

"At this moment, I don't feel any pressure," Medvedev said.

"To be in the semi-finals, I knew before the tournament that I have to be there if I want to be number one.

"It's great that I have this chance. Only one match left. Of course maybe during the match, pressure can start to build up, depending on how the match is going ... But at this moment it's just a lot of extra motivation to try to make this one more step."

IMAGE: Australia's Nick Kyrgios smashes his racquet at the end of the first set after being assessed a point penalty against Italy's Jannik Sinner in a fourth round men's singles match in the Miami Open at Hard Rock Stadium in Miami Gardens in Miami, Florida, on Tuesday. Photograph: Geoff Burke-USA TODAY Sports

Australian wildcard Nick Kyrgios lost to Italian Jannik Sinner 7-6(3), 6-3 after a dispute with the chair umpire.

Kyrgios received a point penalty for bad behavior in the first-set tiebreak and in between sets angrily and repeatedly asked the chair umpire "What is unsportsmanlike?" before walking to his bench and whacking his racket against the court.

The gesture earned him a game penalty, allowing Sinner to open the second set up a break.

The Norwegian, who lost to Zverev in the Paris Masters quarter-finals in November, had earlier sent top British player Cameron Norrie packing 6-3 6-4 in the Grandstand.

"(Ruud is) somebody that really does not miss much," said Zverev.

"He's somebody that tries to play aggressive with his forehand as well. Got to take away his strength in a way and we'll see how it goes tomorrow."

Alcaraz, who improved to 15-2 on the season, is one win from consecutive Masters 1000 semi-finals after Indian Wells. He will next face Serbian Miomir Kecmanovic, who beat Indian Wells champion Taylor Fritz 3-6, 6-1, 6-4.

Naomi Osaka thumped 13 aces and 25 winners to dispatch an injured Danielle Collins 6-2, 6-1 to reach the semi-finals, where she will meet Tokyo Olympic gold medalist Belinda Bencic of Switzerland.

Bencic, who beat Daria Saville 6-1, 6-2 earlier in the day, has won all three of her Tour-level meetings with the four-time Grand Slam champion, although they have not met since the 2019 US Open.

"I've never had anything to lose against her," Bencic said of her past success against the Japanese star.

"She's the player that has to defend, she has won a lot of Grand Slams, so she's in that position."

India's Rohan Bopanna and his Canadian partner Denis Shapovalov were knocked out of the Miami Open men's doubles event after a straight set quarter-final in Miami.

Frequent partners since 2019, the Indo-Candian duo went down 2-6, 1-6 to sixth seeds Wesley Koolhof of Netherlands and Great Britain's Neal Skupski, failing to advance to the semi-final on Tuesday.

The unseeded pair of Bopanna and Shapovalov had stunned the top seeded Croatian duo of Nikola Mektic and Mate Pavic in straight sets in the previous round.

Former Grand Slam champions Dominic Thiem and Stan Wawrinka focused on the positives on Tuesday after suffering straight-sets defeats on their return to competition from long spells out injured.

Former US Open champion Thiem and three-time major winner Wawrinka were rusty as they made their Tour comebacks at the ATP Challenger Tour event in Marbella, Spain.

Playing his first match in nine months since suffering a wrist injury at the 2021 Mallorca Open, the 28-year-old Thiem lost 6-3, 6-4 to 228th-ranked Argentine Pedro Cachin.

Thiem, who twice finished runner-up at the French Open and once at the Australian Open before winning the 2020 US Open title, said it was a day with "big emotions and mixed feelings".

"You can imagine how happy I was today to be on a tennis court, doing what I love the most: playing tennis and competing again," he said in an Instagram post, adding that the defeat was the "bitter part".

"After all these months, all those setbacks I had in the past few months, I was able to play again to feel the adrenaline of the competition. I felt like a player again."

Wawrinka, who turned 37 on Monday, suffered a foot injury at the start of 2021 and underwent surgery. He lost 6-2, 6-4 to Sweden's 131st-ranked Elias Ymer in his first outing since his opening loss at the Qatar Open in early March last year.

"I think physically it was good, it was really positive," the Swiss told reporters.

"I was super happy to be back playing a tournament, to get the emotion, to get the stress of a match again.

"I've been practising well and I'm going to keep practising and keep building for the next few weeks. I'm not worried at all."

Wimbledon finalist Matteo Berrettini underwent a minor operation on his playing hand on Tuesday following his withdrawal from the ATP 1000 event in Miami, the Italian world number six said.

The 25-year-old, who reached the semi-finals of the year's first major in Melbourne, pulled out just before his opening match in Miami.

"My team and I have been speaking to medical experts since my withdrawal from Miami with a right hand injury," he said in an Instagram post.

"Following multiple scans and assessments we decided a minor operation was the best solution to ensure a full and quick recovery."

"My doctor and team are already discussing plans for me to get back on-court. I will provide an update as soon as this plan is finalised," he added. 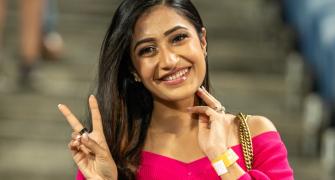 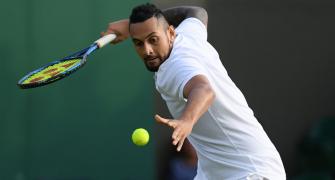 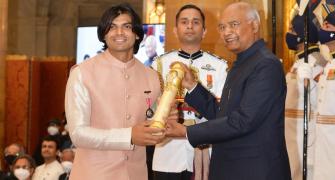 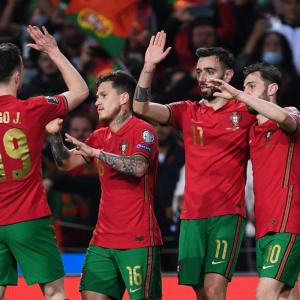 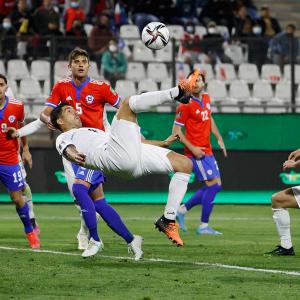