Tennis great Paes prepares for one last roar, to retire in 2020

'2020 is going to be an emotional one and I look forward to seeing all of you out there rolling with me. It has been an honour being your lionheart.' 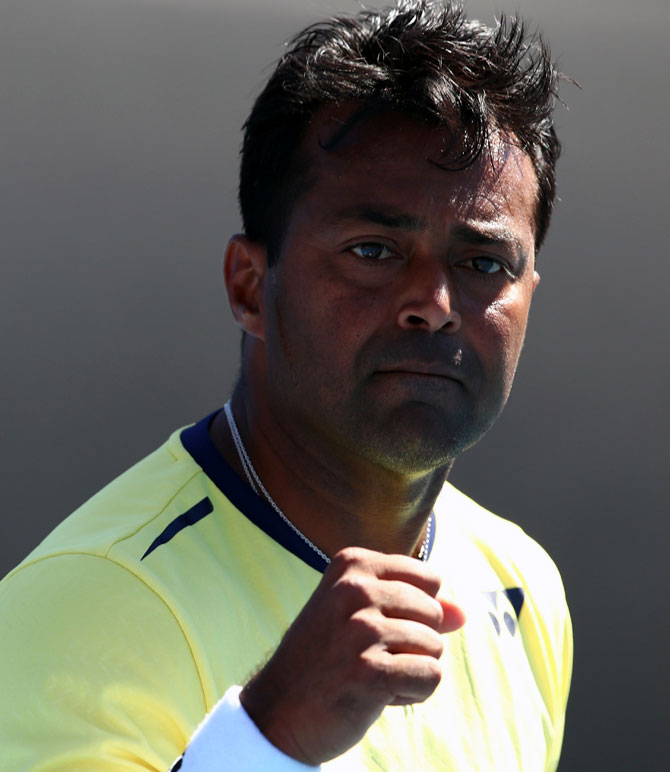 IMAGE: The 46-year-old, who started his professional career in 1991, has won 18 doubles and mixed doubles Grand Slam titles and a bronze medal in the singles at the 1996 Atlanta Olympics. Photograph: Cameron Spencer/Getty Images

India's tennis icon Leander Paes on Wednesday announced that he will bring the curtains down on his illustrious career in 2020, which will be his farewell season on the pro circuit.

The 46-year-old, who started his professional career in 1991, has won 18 doubles and mixed doubles Grand Slam titles and a bronze medal in the singles at the 1996 Atlanta Olympics. The last of his 18 Grand Slams came in 2016 French Open mixed doubles with Martina Hingis.

Paes won a total of 54 doubles titles in a career spanning three decades, partnering more than 100 players. He is also the most successful doubles player in the history of the Davis Cup with 44 victories in 56 matches. He recently dropped out of top-100 for the first time in 19 years.

"I want to announce 2020 as my farewell year as a pro tennis player," Paes wrote in a statement, which he posted on his twitter handle.

"I am looking forward to the 2020 tennis calendar where I will be playing a few select tournaments, travelling with my team and celebrating with all my friends and fans around the world," the statement read further.

"It is all of you who have inspired me to become me and I want to take this year to say "Thank You" to you."

Paes is targeting to be the only tennis player in the history of the sport to play eight successive Olympics. In a career spanning nearly three decades, during which he also overcame a brain tumour, Tokyo Olympics (provided he qualifies) is expected to be his swansong.

He is the only tennis player from the country to have won a singles Olympic medal as he grabbed a historic bronze at the 1996 Atlanta Games, beating Argentina's Fernando Meligeni in the play-off.

With compatriot Mahesh Bhupathi, he created an awe-inspiring partnership during which they dominated the circuit in late 1990s with 26 doubles title, winning three Grand Slam titles together and claiming the number one rank.

In their partnership, they also weaved a a record 24-match unbeaten streak before splitting as a team due to difference of opinion.

India's Davis Cup hero thanked his parents Dr Vece Paes and Jennifer, both of whom represented India at the highest level, for giving him sports genes.

"I want to thank my parents for their genetics, guidance, discipline, environment they created and unconditional love they've always shown me throughout my life, I would not be who I am without your unstinting support and belief in me, I love you."

He also thanked his two elder sisters and daughter Aiyana.

Paes asked fans to share their favourite memories of him over the years using #one last roar.

"2020 is going to be an emotional one and I look forward to seeing all of you out there rolling with me. It has been an honour being your lionheart," he said. 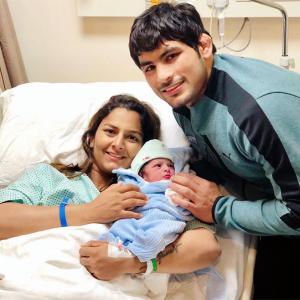 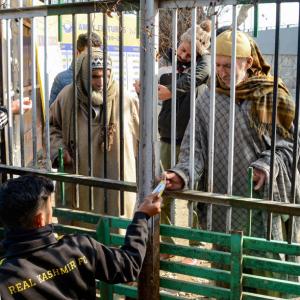