IMAGE: Tomas Berdych said it was his defeat by qualifier Jenson Brooksby in the US Open first round that convinced him it was time to quit. Photograph: Clive Brunskill/Getty Images

Berdych's one Grand Slam final came in 2010 when he was beaten by Rafael Nadal at the All England Club.

The 34-year-old Berdych, who has not played since losing in the first round of the US Open in August, announced his decision at the ATP Finals.

Berdych said it was his defeat by qualifier Jenson Brooksby in New York that convinced him it was time to quit.

"I don't know exactly the day and date, but it was very soon or very quickly after the US Open this year, because really, just the feeling that I went through on my last official match, it's been just one that told me, that's it," he said.

"You tried absolutely everything and the result is how it is. I was always chasing the top results and being in the top positions, and then you are almost really fighting for the first match to win, really like badly, fighting with yourself." IMAGE: Sloane Stephens, who won the US Open in 2017 and reached world number three in 2018, struggled this year, failing to make the final at any tournament and falling to world number 25. Photograph: Edgar Su/Reuters

Sloane Stephens said she is ready to turn the page on a disappointing 2019 and shift her focus to climbing the world tennis rankings to qualify for next year's Tokyo Olympics.

The 26-year-old American, who won the US Open in 2017 and reached world number three in 2018, struggled this year, failing to make the final at any tournament and falling to world number 25.

"I'm excited to start a new season because midway through 2019, I was ready for it to be over," Stephens told Reuters in an interview after hosting a tennis clinic at the Ritz-Carlton in Marina del Rey, California.

"So, I'm just looking forward to 2020 and I'm ready for a fresh start. I literally have nothing to lose, a lot in front of me and nowhere to go but up," she said.

High on her list of goals for 2020 is making her second consecutive appearance for Team USA at the Olympics, she said.

"I made one before, which was really cool, and I'd obviously love to make a second one and play for my country," she said.

To do so, she will need to deal with a grueling WTA schedule, made even more difficult with the extra playing time and travel needed in an Olympic year.

"Managing the ups and downs throughout the year is a pretty big goal," she said.

"It's about staying healthy and happy, enjoying my tennis and not getting too burnt out at the beginning of the year knowing that it is a very long season," she said.

Stephens said she has no lingering issues with the foot injury she suffered in 2017 that required surgery and sidelined her for 11 months.

Despite her on-court struggles, life off the court has been more upbeat with her engagement to US men's national soccer team and Toronto FC forward Jozy Altidore, whom she began dating in 2016.

"I have a fresh mind and am feeling a lot better on and off the court," she said.

"I think will allow me to have better results." 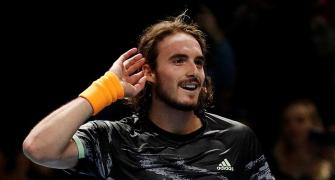 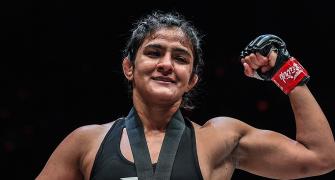 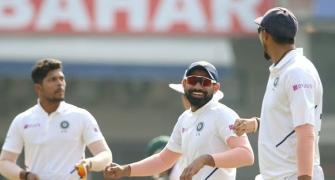 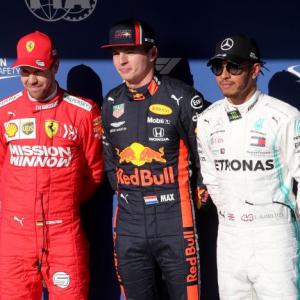