Reigning world rapid champion Viswanathan Anand was engaged in a 145-move marathon draw on a day three players, including Pentala Harikrishna, shared the lead after round three of the Tata Steel Chess India 2018 Kolkata on Friday. 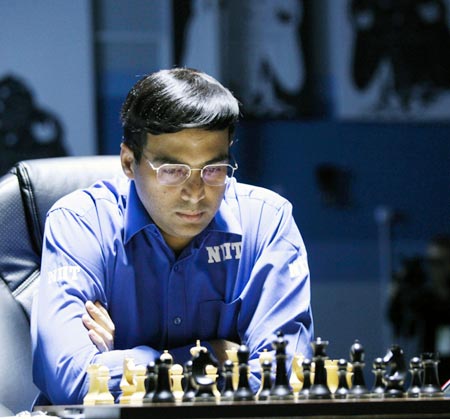 The five-time former world champion, who is playing his first tournament in India in five years, drew all his three rounds including a 145-move draw against Wesley So of USA in round one.

Terming it most interesting, Anand said: "I think there are days when I have not played 145 moves so to do it in one game was nice. And I was clearly lost at one point. I was relieved when he did not find that."

Anand chose to deploy the Italian opening against Wesley and the players blitzed out some well-known theory.

The position had been more or less equal and heading to a draw before Anand blundered on the 41st move with the pawn to a5.

Wesley had the chance to win the game himself but returned the favour by grabbing Anand's pawn with Kc3.

Anand tried hard to win and was really close to victory but the American held on and claimed a draw after a tenacious defence on the 147th move (by the 50 move rule).

A gold medallist at the 2012 Olympiad, Mamedyarov had the most exciting battles of the day, and all his three games produced decisive results.

Having lost to Harikrishna in round two, the 33-year-old defeated local favourite GM Surya Ganguly.

Ganguly played a risky variation on the black side of the English opening but soon landed in some trouble as his 10th move of Bishop to f5 was clearly not the best move.

Mamedyarov pounced on the opportunity and piled on the pressure to bring home the point.

In round two, Harikrishna defeated the early leader Mamedyarov who played the risky Short variation from the white side against the Caro-Kann defence.

In the middle-game skirmish Harikrishna won a pawn and was pushing for victory throughout before Mamedyarov just blundered with Nxb3 on the 38th move and left his King alone against the mighty attack by White's Queen and Rook.

"After opening, I think I could play something better which was mentioned by Shakhriyar after the game. But I missed it and I think it was probably equal but he missed nice trick," Harikrishna said after day one's action.

"I was short on time so I had to be careful because he is always tricky and it's not easy. But it was smooth after I won the pawn."

GM Levon Aronian of Armenia thwarted the gambit line of Indian prodigy Nihal Sarin by playing a counter gambit on move 10) Pawn to b4.

Nihal did not respond in the best way possible and he duly outplayed by the Elite GM who showed supreme chess understanding with accurate play.

Ganguly drew his close friend Harikrishna in a tense encounter in round one.

Results (after round three): 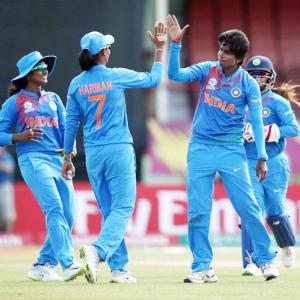 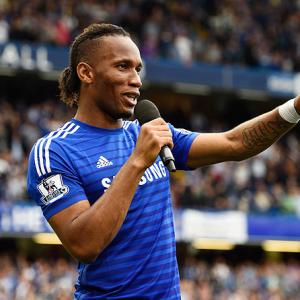