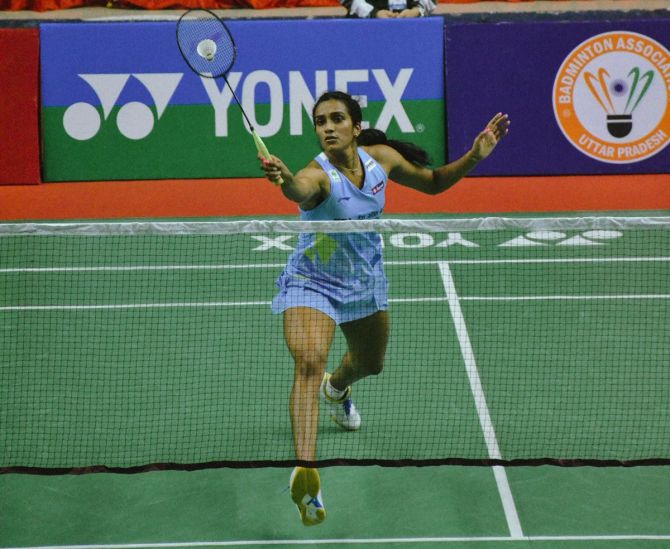 Two-time Olympic medallist P V Sindhu rallied from a game down to eke out a hard-fought win over Thailand's Supanida Katethong and enter the semi-finals of the Syed Modi International Super 300 tournament, in Lucknow, on Friday.

Sindhu will face fifth-seeded Russian Evgeniya Kosetskaya in the semi-finals.

In the men's singles, HS Prannoy crashed out of the tournament after losing to Arnaud Merkle of France in the quarter-finals.

Manjunath will face Merkle in the semi-finals.

In the mixed doubles, the Indian pair of M R Arjun and Treesa Jolly beat the eight seeded French duo of William Villeger and Anne Tran 24-22, 21-17 in a quarter-final that lasted 42 minutes.

Arjun and Jolly will face compatriots and seventh seeds Ishaan Bhatnagar and Tanisha Crasto in the semi-finals.