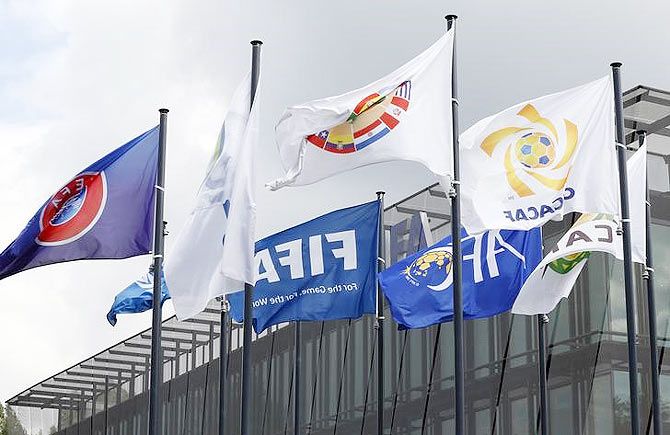 Flags are pictured in front of the headquarters of soccer's international governing body FIFA in Zurich, on Wednesday. Photograph: Ruben Sprich/Reuters

The Swiss Federal Office of Justice (FOJ) said it had blocked accounts at several banks in Switzerland after police arrested some of the most powerful figures in global soccer on Wednesday in US and Swiss corruption cases.

"Further to three US requests for legal assistance, the FOJ has also ordered the blocking of accounts at several banks in Switzerland through which bribes are claimed to have flowed as well as the seizure of related bank documents," the office said in a statement.

© Copyright 2022 Reuters Limited. All rights reserved. Republication or redistribution of Reuters content, including by framing or similar means, is expressly prohibited without the prior written consent of Reuters. Reuters shall not be liable for any errors or delays in the content, or for any actions taken in reliance thereon.
Related News: FIFA, FOJ, Swiss Federal Office of Justice, Jose Maria Marin, Eduardo Li
COMMENT
Print this article