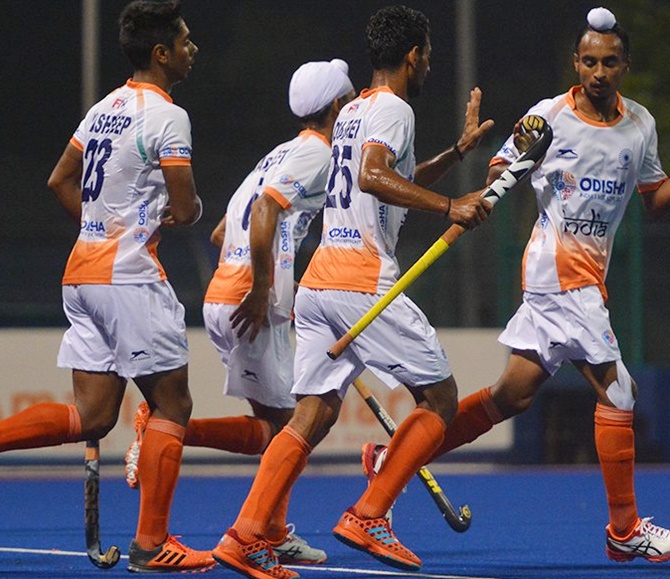 The Indian junior men's hockey team started their campaign at the eighth Sultan of Johor Cup with a hard fought 2-1 win over hosts Malaysia, in Johor Bahru, on Saturday.

Harmanjit Singh (12th minute) and Shilanand Lakra (46th) were the goal scorers for India while Muhammad Zaidi (47th) pulled a goal back for Malaysia.

It was intense encounter as both the teams vied for possession in the middle of the park, but neither could stitch together a string of passes.

It was only after the 10th minute that India found an opening through a long-ball from deep inside their circle but the opportunity went wasted as Malaysian goalkeeper Adrian Albert made a great save.

But the Indians drew first blood soon as Harmanjit Singh deflected a pass from inside the circle to put it past Albert.

However, some resolute defending by the Indian defence made sure that the hosts could not find an equaliser before the half-time whistle.

India started the third quarter on the front foot and tried to stamp their authority on the match by creating several chances.

But the Malaysian defence stuck to their task. The visitors finally managed to convert their one-goal advantage into two when Lakra found himself in space inside the circle and finished calmly to make it 2-0 in favour of India in the 46th minute.

But Malaysia pulled one back in the next minute through Zaidi who scored past Indian goalkeeper Pankaj Rajak.

With just 13 minutes remaining on the clock, Malaysia stepped up their efforts and created a few opportunities, but could not find an opening as India defended well.

India will now face New Zealand in their second match on Sunday. 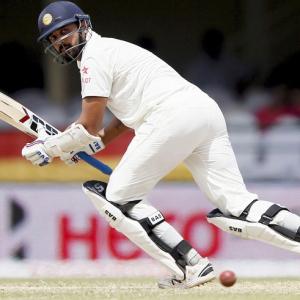 BCCI likely to haul up Vijay, Karun for breach of central contract 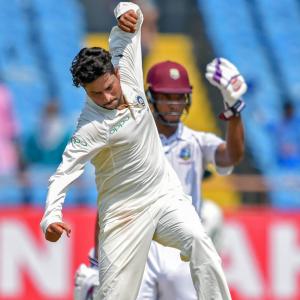 Kuldeep Yadav: From wicket-less at Lord's to five-wickets at Rajkot