Subbiah is trying to finish my career: Baljit

Out-of-favour India goalkeeper Baljit Singh accused national selector A B Subbiah for trying to destroy his international career by indulging in "dirty politics", thus keeping him out of the list of probables for the Asian Champions Trophy in September.

Baljit, who made a remarkable comeback after spending two years in the wilderness following a fatal eye injury in 2009 alleged that former India international Subbiah had been constantly lobbying to get him out of the scheme of things using "poor vision" as an alibi although most of the other coaches were happy with his performance.

Baljit said in an exclusive interview how Subbiah repeatedly tried to humiliate him before the trials started.

"On the first day of the camp, one of the selectors told me that Subbiah was playing dirty games against me but I didn't pay much heed," he revealed.

Incidentally alongside camp, the trials were also being held in order to prune the intial group of 80 to 48.

"And then just a day before the trials started, Subbiah came to me and said that I had to undergo a mandatory fitness test. But when I later asked other players they said none of them went through any tests," a fuming Baljit recollected the horror story.

"Then on the in the first day of trials Subbiah came to me and said that the peripheral vision in my right eye was not good. He was one who first told me that they now plan to involve me in coaching but I refused because I wanted to play for the country," Baljit, who had been adjudged the Best Goalkeeper at the National Games in Ranchi said.

Baljit alleged that Subbiah had vested interests in keeping him out of the national camp.

"Although I am aware as to where in his interest lies in keeping me out but I won't divulge those to the media right now. He got a medical report where the doctor wrote due to my vision, I will have problems in goalkeeping, which was never the case.

"During the camp, I saved the most number of goals in my right side and was having no problems," he claimed.

He said that newly-appointed foreign coach Michael Nobbs had no issues with his vision and the Australian just acted on the advise of his bosses in Hockey India.

"During players' introduction on the first day, Nobbs said he had no problems with my vision and if I can perform, I will be selected.

"But after Subbiah told me to give it up, when I asked Nobbs whether I should give the trials or not he asked me to appear in the trials but said I won't be picked up. Then after the first day of trials I had not put on my pads and was only sitting there. At that time nobody came to me and asked why wasn't I practising," Baljit said.

Deeply hurt and humiliated by the treatment meted out to him, a braveheart Baljit now wants to prove his critics wrong.

He said despite falling out of favour, he will continue to play in the domestic circuit for his state and department (Indian Oil Coroporation).

"The way they closed the door was not right, it hurts. They selected me on the basis of my performance on the domestic circuit. Barring Rajpal Singh and Gurvinder Singh Chandi, they did not ask anyone to submit medical certificate before the camp.

"If they had any problems with my vision, they should have said that before summoning me for the camp. There was no need to create such a drama," said Baljit, who was India's numero uno goalkeeper before his unfortunate injury. 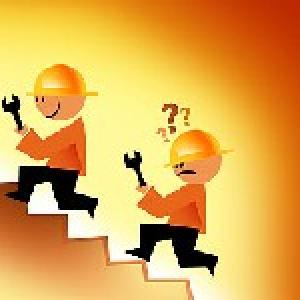