IMAGE: Barcelona will host Liverpool in the second semi-final on May 1. Photograph: Heino Kalis/Reuters

The return leg will be played at Ajax's Johan Cruyff Arena on May 8.

In the other semi-final, last year's runners-up Liverpool head to the Nou Camp to play Barcelona in the first leg on May 1 with the return leg at Anfield six days later.

The final will be played at Atletico Madrid's Wanda Metropolitano stadium in the Spanish capital on June 1.

© Copyright 2020 Reuters Limited. All rights reserved. Republication or redistribution of Reuters content, including by framing or similar means, is expressly prohibited without the prior written consent of Reuters. Reuters shall not be liable for any errors or delays in the content, or for any actions taken in reliance thereon.
Related News: Ajax Amsterdam, UEFA, Liverpool, Johan Cruyff Arena, White Hart Lane
SHARE THIS STORYCOMMENT
Print this article 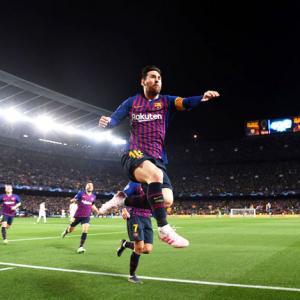 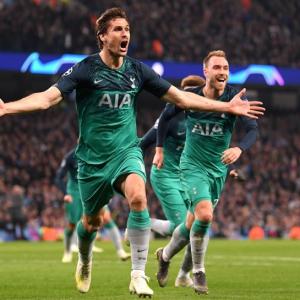