From cricket icons to badminton stars, our sporting heroes took to Twitter to mark Gandhi Jayanti, paying their respects to the Father of the Nation, Mohandas Karamchand Gandhi, on the Mahatma's 151st birth anniversary. October 2 is also the birth anniversary of former Prime Minister Lal Bahadur Shastri, who was also remembered. 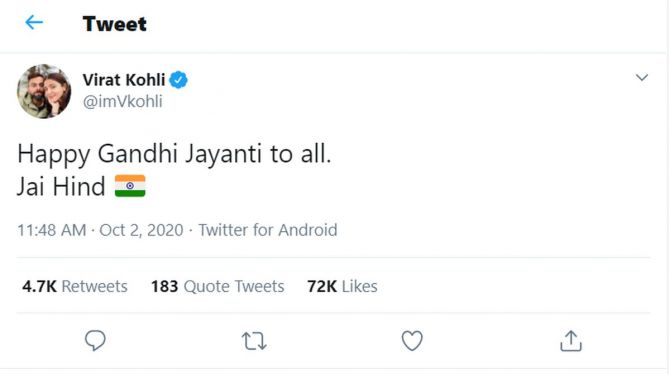 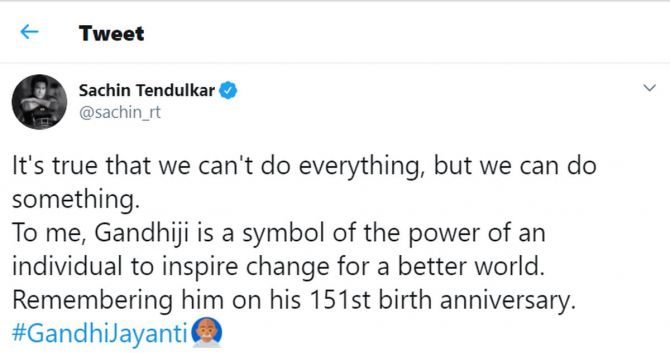 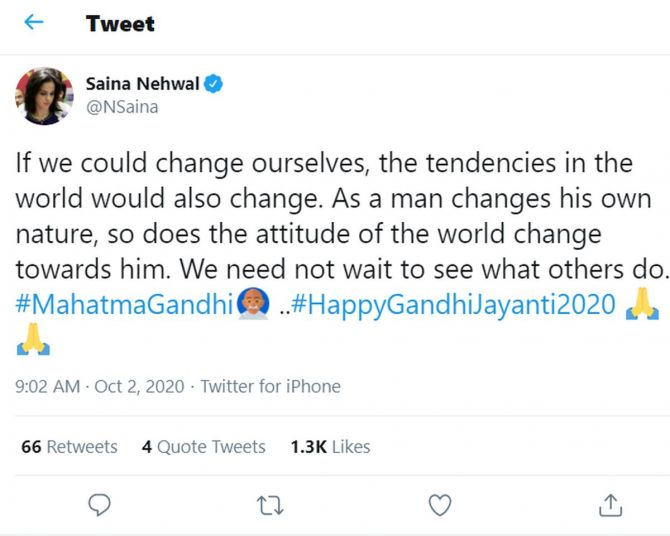 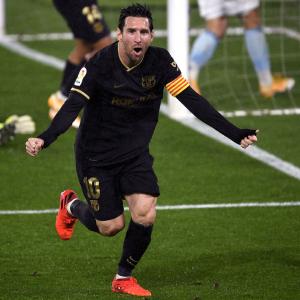 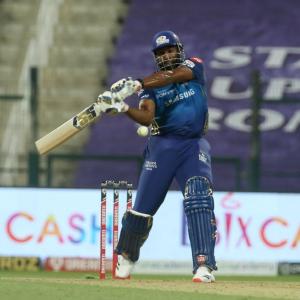