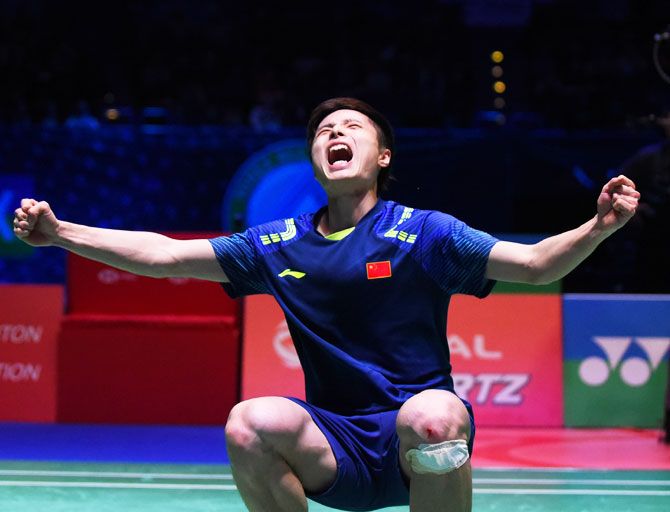 Lin, the sixth seed and twice an Olympic gold medallist, came back to take the second game 21-16 but was outplayed in the third, trailing 11-2 at the mid-game break and losing it 21-9.

Seeded No. 4 in the event, Barve, a trainee at the Nikhil Kanetkar Badminton Academy, beat third seeded and top-ranked Russian Anastasiia Pustinskaia  21-19, 19-21, 21-13 in a match that lasted 66 minutes.

"To defend a title is tough, no doubt. The field this year was tougher than last year and very competitive. I am happy to land the title once again," Purva was quoted as saying in the release.

The title is her first in 2018 and third overall. Earlier she won the Israel Junior 2017, Italian Junior International 2017 apart from a bronze at the Russian Junior White Nights 2017.

Next month's Commonwealth Games will be Yohan Blake's chance to build on Usain Bolt's "legacy" and step out of the track great's shadow, the former 100 metres world champion said on Sunday.

"Usain Bolt has left his legacy for us to carry on and that's what we want to do," Blake told local media after landing in Australia for the April 4-15 Games on the Gold Coast.

"That's what I want, to start with the Commonwealths, to take over the dominance of the sprinting world."

The 28-year-old Blake won his only individual global title in the 100m at the 2011 world championships when Bolt was disqualified in the final, but has three other gold medals as a member of the Jamaican 4x100m relay team.

He has yet to win any kind of medal at the Commonwealth Games but Bolt, who ran the relay at his only Commonwealths appearance in Glasgow four years ago, joked there would be trouble if Blake did not succeed when the athletics programme begins April 8.

"Usain Bolt was at the track in Jamaica before I left," said Blake. "He said, 'if you don't win there is going to be problems'.

"I don't have a Commonwealth medal. It's very important for me to have one in my trophy case."

Blake, who finished fourth in the 100m at the Rio Olympics, was in top form last year heading into the world championships in London and qualified third fastest for the final.

However, he was shut out of the medals by Bolt, who took bronze behind winner Justin Gatlin and Christian Coleman. Blake also failed to make the 200m final in a surprise.

The absence of Canada's Andre De Grasse makes Blake a leading contender in both the sprints, though he will have stiff competition in the 100 from Adam Gemili, the Glasgow silver medallist, and another Englishman in Zharnel Hughes in the 200.

"It will be a better year this one and I want the Commonwealth Games to set the year up for me," Blake said.

"We are ready to go. My body is great. Australia is where it all begins."

Anirban Lahiri endured a roller-coaster back nine to card a two-over 74 and slipped down to T-74 after the third round of the Arnold Palmer Invitational in Orlando.

Lahiri had two doubles, on the 8th and the 18th and it made for a rather rough day, as he also endured two other bogeys on 10th and 11th. He did have four birdies, first on fifth and then in a space of four holes from 12th to the 15th at Bay Hill.

Meanwhile, Swede Henrik Stenson did just enough to stay one shot ahead. Stenson missed a short birdie putt and a 12-foot eagle attempt on the back nine Saturday.

He even had his tee shot knocked down by a gust of wind that led to bogey and closed out a one-under 71 to go into the final round with another chance to win at Bay Hill.

Among the rivals in focus will be Tiger Woods (69), who is five shots behind in Tied-10th.

Bryson DeChambeau also missed his share of chances in a round of 72 and was second one shot behind Stenson.

A number of players are still very much in range, and one of them could be Tiger Woods.

Rory McIlroy made eagle on No. 12 and birdied two of his last three holes and was two shots behind.

He will be in the penultimate group with Justin Rose, who shot a 67 while playing in the same group with Woods and wounded up three shots behind. Ryan Moore (67) also was three back.

Woods made a super 12-foot birdie following a sandwedge on the 18th for a 69. Woods was five shots behind. "I'm within reach if I shoot a really, really low round tomorrow," Woods said.

Of his record eight victories at Bay Hill, Woods has led six times and was tied for the lead another time. His lone comeback also was from five-shots behind in 2009, when he rallied to beat Sean O'Hair with a 67 in the final round.

Woods has nine players in front of him, and they have some pedigree.

Stenson had a one-shot lead with four holes to play in 2015 when he had consecutive three-putts and Matt Every beat him. A year later, Stenson was tied for the lead on the back nine until dropping two shots and tying for third.

McIlroy has gone 26 tournaments since his last victory at the TOUR Championship in 2016 to win the FedExCup.

Aditi Ashok fired three birdies against one bogey in a third round card of two-under 70 to slip further to T-50 from overnight T-39 at the Bank of Hope Founders Cup in Phoenix (US).

Aditi, playing her first event in the US in 2018, birdied third, 11th and 16th and her only bogey came on the ninth as she totalled four-under 212.

Meanwhile, InbeePark started birdie-birdie-eagle-birdie-birdie in round three and looked set for a 59. But she cooled off a bit with two birdies over her next 12 holes, she closed with a 15-foot birdie on 18 to lead at 14-under.

Park turned in a season-best 9-under 63. It's her best round on the LPGA since the 2014 Fubon LPGA Taiwan when she posted a 62.

Mariajo Uribe is in second place at 13-under while Ariya Jutanugarn is in third at 12-under.

Lying in tied fourth place was Laura Davies along with Chella Choi (66) turned in a bogey-free 9-under 63 to move from a tie for 39th to the lead at one point before InbeePark moved in front.

Davies made seven birdies and an eagle and had a stretch of five birdies in six holes to close her front nine.  The last time Davies posted a 63 was the third round of the 2005 Wendy's Championship for Children.

India's Neeraj Rathi and Karamjit Kaur finished fourth and eighth in the men's and women's events respectively at the Asian 20km Race Walking Championship in Nomi, Japan, on Sunday.

In the open category for women, Ravina of Haryana won the gold in an impressive timing of 1:35:35 which is better than that of India's official entry Karamjit Kaur.

Ravina even finished overall second behind Duan Dandan (1:35:12) but her performance will not be counted for medal purposes as she is not the official entry from India. She had finished fifth in the National Championships with a timing of 1:35:45.

A country can send entries in the open categories for the purpose of giving exposure to these athletes but their performance will not be counted as official.

India had sent four men and two women race walkers in the open category, besides the two official entries -- one man and one woman -- in the continental event.

Rathi had finished third in the men's 20km event in the National Championships last month with a timing of 1:21.39 while Karamjit had won a bronze in women's 20km competition with timing of 1:34.08.

The top two finishers in the National Championships have been named in the country's team for next month's Commonwealth Games in Gold Coast. 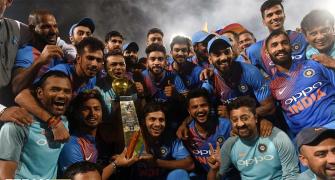 Karthik slams Bangla bowlers out of the contest in thrilling final 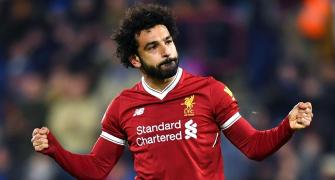 EPL: Salah 'on his way' to Messi comparisons, says Klopp 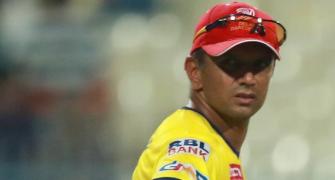 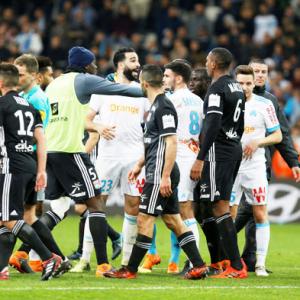 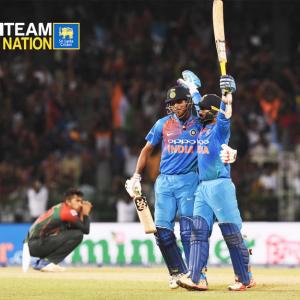