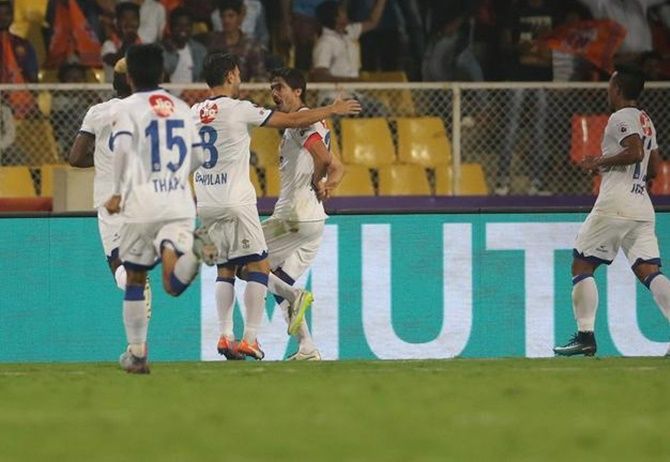 Chennaiyin FC got the better of FC Pune City by a solitary goal in an Indian Super League clash to move to the second spot in Pune on Saturday.

A 82nd minute goal from captain Henrique Sereno was enough for the former ISL champions to win their second match on the trot at the Balewadi Stadium.

After a cagey opening 15 minutes, Pune took control but could not create any clear-cut goal scoring chances. Some of their best chances of the half came from set plays.

Marcos Tebar's free-kick in the 19th minute was headed down by a Pune player to Alfaro, who in turn passed in on to Rafael Lopez. But the Spanish defender's side-footed shot went inches wide of the Chennaiyin goal.

Chennaiyin FC's best chance of the first half fell to Gregory Nelson in the 40th minute.

After stringing together a few passes in midfield, Inigo Calderon sent in a delightful cross into the box for Nelson to connect. The Dutchman's diving header, however, was cleared by Rafael.

Both sides started the second half much like the first -- unable to create chances going forward.

In the 60th minute, Pune goalkeeper Vishal Kaith almost gifted a goal to John Gregory's side. The goalkeeper came out of his box to collect a harmless-looking cross from Jerry Lalrinzuala but could only palm it in the path of midfielder Francisco Fernandes.

Rafael, however, was again in the right place at the right time to make another goal-line clearance.

At the other end, Alfaro should have given Pune the lead in the 77th minute. After finding himself clear on goal with only the goalkeeper to beat, the Uruguayan slashed the ball over the crossbar.

It looked like both sides would settle for a point each but there was a twist in the tale. With just eight minutes left for the final whistle, Sereno gave Chennaiyin FC the lead.

The defender rose above everyone else to thump Gavilan Martinez's corner past the FC Pune City goalkeeper.

Kerala Blasters' winless streak continued as they were held to a 1-1 draw in their third home match of the Indian Super League season four in Kochi.

The Blasters' striker Mark Sifneos may have ended 194 goal-less minutes for his side this season but Rene Muelensteen's team is still winless after Mumbai City forward Balwant Singh got an equaliser in the 77th minute.

Sifneos swept in Rino Anto's cross to give the home side the lead in the 14th minute. It was Dimitar Berbatov, stellar on the night with his incisive passing from midfield, who threaded a pass through to Anto.

The right back did not make any mistake in picking out Sifneos, who steered the ball past Mumbai City goalkeeper Amrinder Singh in front of a delirious Kochi crowd.

And just when it seemed that Blasters had done enough to record their first win of the season after two 0-0 draws in a row, Balwant thumped in a low cross from Everton Santos in the 77th minute.

The Blasters, despite being down to 10 men, pushed bodies forward but Mumbai City held on to a draw with Berbatov shooting over the bar with virtually the last kick of the match.

Arjun Atwal, who had at least a share of the lead for first three days, was felled in the first play-off hole by Dylan Frittelli of South Africa in a thrilling final day at the AfrAsia Bank Mauritius Open.

Atwal had a chance to come from one shot behind Fritelli to win win regulation but his eagle putt lipped and the birdie put him in a play-off.

Then in the play-off he reached the edge in two, but left his chip shot to about 10 feet and the putt stopped at the lip and Fritteli, also two on, two-putted for birdie at the Euro 1million (approximately $ 1.07 million) event sanctioned by the Asian Tour, Sunshine Tour and European Tour. This was his second win of the season.

The 27-year-old Frittelli closed with a four-under-par 67 to finish on 16-under-par 268, which was matched by a battling Atwal, whose 25-foot eagle putt on the last hole hit the side of the cup before spinning past the hole.

Mohun Bagan rode on a header from their Nigerian central defender Eze Kingsley to down East Bengal by a solitary goal in the first I-League derby of the season at a packed Salt Lake Stadium in Kolkata on Sunday.

Man of the Match Kingsley scored off a low but powerful header from a Sony Norde corner kick to help Mohun Bagan break an anxious 40 minutes stalemate for the former champions.

Their defence, led by goalkeeper Shilton Paul, held on to the slender lead on a day Norde and Ansumana Kromah failed to make use of the opportunities.

It was a lacklustre effort by the Khalid Jamil-coached East Bengal as Willis Plaza was off target and missed a few chances and East Bengal remained on one point.

There were five minutes left for the regulation time but East Bengal failed to find a goal, leaving Plaza frustrated as his shot went wide.

Mohun Bagan should give credit to their goalkeeper who stood tall between the posts, ensuring they don't feel the absence of Debjit Majumder, who chose to be at ISL franchise ATK.

Battling a step-motherly treatment, the season's first derby also made a big statement with an overwhelming attendance of 64,630 despite a 2pm kickoff.

With 10 minutes left, it was almost 1-1 when Laldanmawia Ralte cut in from the left and curled one in from 10 yards away, but a cool-headed Paul showed fine anticipation as he leaped high in the air and palmed away the danger.

Both these heavyweights played out draws in their first games.

Mohun Bagan were held to a 1-1 draw at Minerva Punjab as the home side equalised in the dying minutes.

East Bengal on the other hand, squandered a 2-0 lead as reigning champions Aizawl FC struck twice in the last 15 minutes to make it 2-2 at this very venue.

Earlier, Norde beautifully curved in a corner and landed clear of the defence. Kingsley was lurking at far right and capitalised on the low ball after it bounced off the pitch to find the back of the net.

As Mohun Bagan dominated the first half, East Bengal too had their share of chances and looked to score in the 30th minute when Brandon Vanlalremdika attacked from the right flank to set up Willis Plaza. But the Trinidadian failed to connect, much to Mohun Bagan defence's relief.

"He's injured his ankle and is being treated at the hospital. We are waiting for the reports," Mohun Bagan head coach Sen said at the post-match news conference.

In a 51st minute move, Dicka failed to connect a cross by Ricky Lallawmawma inside the box and the Cameroonian was seen grimacing in pain.

The 28-year-old was attended to by the medical team on the sidelines as he failed to get up and was later stretchered off into an ambulance.

It's not known whether he has fractured his ankle or not.

India returned with a solitary bronze medal by Deepika Kumari at the Indoor Archery World Cup Stage 2 that concluded in Bangkok.

Deepika, seeded third, defeated 13th seeded Sayana Tsyrempilova of Russia 7-3 in the women's recurve bronze play-off to bring some smile to the camp after the men's top seed Atanu Das crashed out in round two.

It was a disappointing end to their campaign, close on the heels of the overwhelming success at the Asian Championship in Dhaka, where they bagged a rich haul of nine medals — three gold, four silver and two bronze.

Deepika got past three of her teammates — Nivetha Ganesan 6-0, Laishram Bombayla Devi 7-3 and Ankita Bhakat 6-2 — to make the last-four.

But Korean second seed Kim Surin shattered the former world number one's gold medal dream with a thrilling 6-5 win in the shoot-off (10-9) and Deepika had to settle for third place.

The fifth Indian in the draw, Monika Saren was blanked 0-6 by the eventual silver medallist Surin in the last-16.

None of Indian male archers could make the quarter-finals. 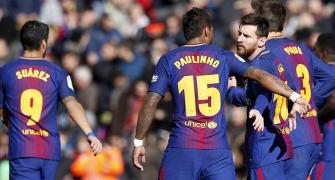 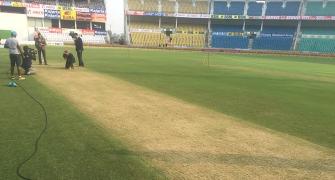 Why Team India cannot get hard and bouncy wickets 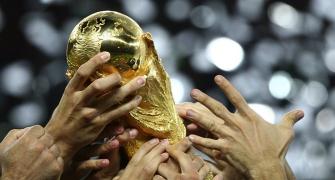 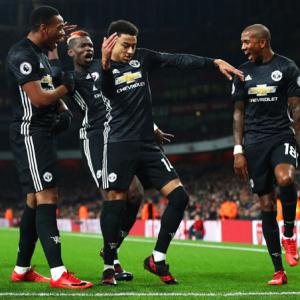 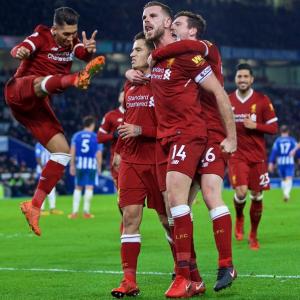