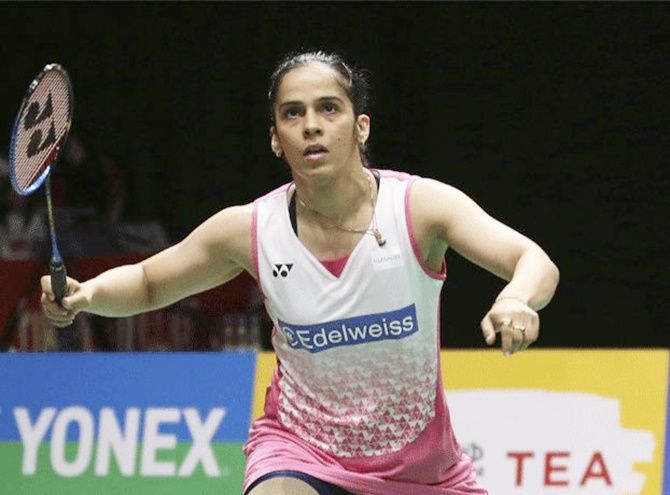 Back in form after a string of below-par performances, Kidambi Srikanth would look for another good outing while Saina Nehwal pulled out of the Korea Masters World Tour Super 300 tournament, which starts with the qualifiers in Gwangju, Korea, on Tuesday.

After going through a tough phase since his final finish at India Open this year, Srikanth boosted his confidence with a semi-final appearance at the Hong Kong Open last week.

It was his first appearance at the last four stage since the India Open and the Indian ace would look to continue the good run when he opens against Hong Kong's Wong Wing Ki Vincent in the men's singles.

Overall, world number 13 Srikanth enjoys a 10-3 head-to-head record against Wong Wing Ki, who is on a comeback trail after suffering the personal tragedy of losing his father in August.

World number 9 Saina, who has made early exits in a series of tournaments recently, decided to skip the event but she is likely to feature at the Syed Modi International World Tour Super 300 in Lucknow next week.

With Saina's withdrawal, there is no Indian participation in women's singles.

Among other Indians in the fray, world number 16 Sameer Verma will take on top seed Chinese Shi Yu Qi in the opening round, while his elder brother Sourabh Verma will face a qualifier.

For Sameer, it will be his third meeting with Shi Yu Qi this year and seventh overall. The Indian has lost five times with his only success against the Chinese coming at the Denmark Open last year.

Subhankar Dey, who had claimed the SaarLorLux Open last year, will need to fight it out against Olympic champion and second seed Chen Long of China.

The world number 44 Indian had lost to the Chinese at the Swiss Open this year in their only career meeting.

No Indian is taking part in any doubles competition.

With no immediate assignment lining up till next year, the Indian men's hockey side will focus on individual improvement rather than team tactics during the ongoing national camp, chief coach Graham Reid said on Monday.

After securing a 2020 Olympics berth in the qualifiers against Russia, the team is currently undergoing a three-week training and conditioning camp which will conclude on December 8.

"Given there is no tournament immediately following the three-week camp in Bhubaneswar, it is a perfect opportunity for us to change focus from team tactics to more about individual improvement," Reid said as the national camp of 33 core probables which began at the Kalinga Stadium here on Monday.

"We will do this through detailed analysis and review from our performances last season including the FIH Hockey Olympic Qualifiers in Odisha. This will provide a good road-map for us in our quest to squeeze as much improvement as we can in the next nine months," the 53-year-old Australian added. The Indian team recently secured its place at the 2020 Olympic Games by defeating Russia 11-3 on aggregate at the FIH Hockey Olympic Qualifiers here.

India's next assignment will be the twin home leg matches of the FIH Pro League against the Netherlands in January next year.

Vijender to take on former Commonwealth champion in Dubai showdown

Indian boxing star Vijender Singh will square off against two-time former Commonwealth super middle-weight champion Charles Adamu of Ghana in his next professional bout in Dubai on November 22.

Vijender, managed by the legendary Bob Arum's Top Rank Promotions and IOS Boxing, made his US debut earlier this year in July, recording an 11th successive win, beating Mike Snider.

WBO Asia Pacific and Oriental super middleweight champion, who is 34, will take on the 42-year-old Adamu, hailing from Ghana, in a 10-round fight. Adamu is a veteran of 47 fights with a record of 33-14-0, including 26 knockouts. He competed most recently in February this year, winning via a Technical Knockout to end a four-bout losing streak.

"After having rigorous training sessions for more than two months, I am fully prepared to end my year on a winning note. For me this fight will be a build up to the world title which I am aiming in 2020," said the Indian, who has eight Knockout wins to his credit.

"No doubt Adamu is an experienced opponent, he will give me a few new tests, he has done more rounds than me, but will that compete with the power that I have and when I start landing my shots I don't believe he will be standing around too long," said Vijender.

Adamu said he is confident of ending Vijender's winning run.

"I will bring my experience into play and look to play on the mind of Vijender Singh. Before all my fights I spend time analysing my opponent's strengths and weaknesses," he said.

"If he thinks I'll be one of his earlier opponents whom he'll brush by then he's very mistaken. I am a two-time former Commonwealth super middleweight champion and will put up a tactical master-class he's never seen before," he added. 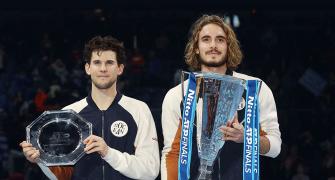 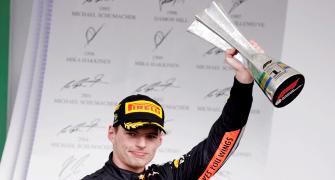 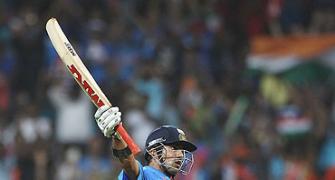 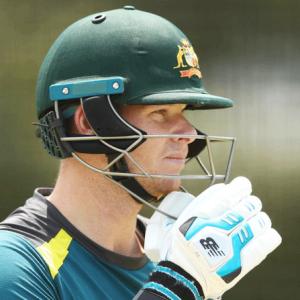