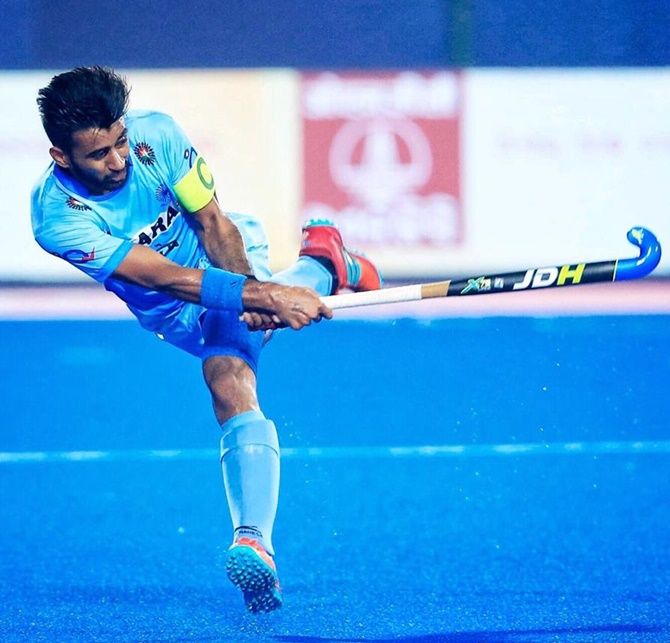 Indian skipper Harmanpreet Singh has been honoured with the 2018 Player of the Year award by the Asian Hockey Federation while women's team striker Lalremsiami bagged the Rising Player of The Year prize.

Harmanpreet led the Indian team to an unbeaten streak at the Asian Champions Trophy in Muscat where the team was declared joint winners with Pakistan.

He also contributed to the team's silver medal win at the FIH Champions Trophy in Breda and continues to remain instrumental in the Indian midfield.

The 18-year-old Lalremsiami, on the other hand, has shown remarkable progress in the women's team with her impressive performance as a striker at the 2018 World Cup, the Asian Games where the team won a historic silver.

She was also a part of the Youth Olympics in Buenos Aires where the under-18 team won a silver.

The Indian men's team was awarded the Best Performance of The Year for being the only Asian side to have reached the top eight at the World Cup in Bhubaneswar.

The team also came up with a historic silver medal feat at the FIH Champions Trophy in Breda, repeating its success from the 2016 edition.

The Court of Arbitration for Sport (CAS) has set a deadline of March 26 for a verdict in the appeal hearing of Caster Semenya against the International Association of Athletics Federations (IAAF) that concluded on Friday.

"The Panel has had the opportunity to hear from all parties, experts and witnesses, with the IAAF President, Lord Coe, speaking at the outset of the hearing, and Ms Semenya having the last word," CAS said in a statement.

"The hearing was conducted in a cordial and respectful atmosphere throughout the entire week."

The IAAF contend that Semenya and other female athletes that are classed as having differences in sexual development (DSDs) gain an unfair advantage due to their higher testosterone levels, but only in races between 400 and 1000-metres.

Semenya brought experts to the hearing to contest this view and provide evidence on the potential negative physical and mental effects of forcing athletes to lower naturally occurring testosterone levels through medication.

The IAAF's previous attempts to regulate testosterone in female athletes fell foul of a CAS ruling in 2015 following an appeal on behalf of Indian Dutee Chand, who had been banned from competing because of her high levels.

CAS claimed in their judgement at the time that the IAAF had not provided sufficient evidence that hyperandrogenic athletes gained a significant advantage, which the global body now say they have provided to the court.

Del Potro knocked out in Delray Beach quarters, pulls out of Acapulco

Del Potro, playing his first tournament since he injured his knee at the Shanghai Masters in October last year, played with a heavily strapped knee on Friday. He also pulled out of next week's Mexican Open in Acapulco, a tournament he won last year.

"I wanted to do a big effort tonight. I fought until the last ball and had many opportunities, but it's hard to win matches when you can't move at 100 percent," Del Potro, whose career has been blighted with injuries, told reporters.

"The doctors say I need time if I want to be 100 percent, but I don't want to be home watching the tournaments on TV. I've done that before and it was really bad for me.

"I played three matches after four months away and that's the best thing for me. I know how good I can be when I'm ready, but I'm not in the physical condition to play at this level yet."

Del Potro fired 16 aces in the match but could not outlast the 23-year-old McDonald with his injured knee visibly slowing him down. The Argentine managed to defend two match points in the third set tiebreak before eventually bowing out.

It was McDonald's biggest win of his career and the first over a player ranked in the top five, as he moved into his first ever ATP Tour semi-final where he will take on Moldovan Radu Albot.

Three McLaren team members needed medical attention after a small fire in the garage during a private filming day at the Circuit de Catalunya on Friday, the Formula One team said.

"The fire was quickly extinguished by the team and circuit emergency services attended immediately," McLaren added on Twitter.

The three employees were treated at the circuit medical centre and released soon after.

Formula One's first pre-season test finished at the circuit near Barcelona on Thursday. The second four-day test starts on Tuesday, with the opening race of the season in Australia on March 17.

A fire in 2012 at the Spanish Grand Prix circuit devastated the Williams garage after that team had won the race, still their most recent victory in Formula One. 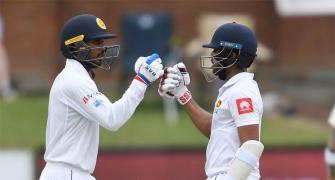 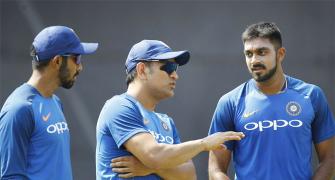 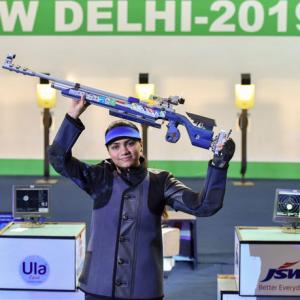