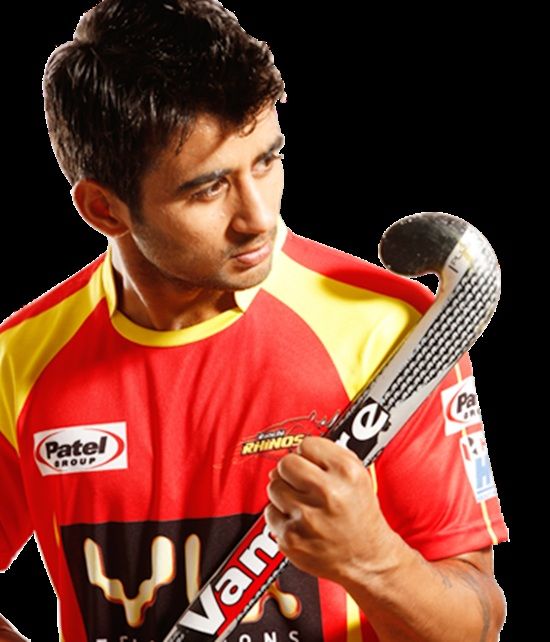 Rising Indian midfielder Manpreet Singh was named the 'Junior Player of the Year' by the Asian Hockey Federation in its Congress held in Kuala Lumpur, Malaysia.

The 22-year-old has played 103 international matches and captained the junior men's team in the Hero FIH Hockey Junior Men's World Cup in New Delhi, and the third Sultan of Johor Cup in Johor Bahru last year.

Manpreet's best moment was to win the Sultan of Johor Cup under his leadership. In this prestigious tournament, India's junior team displayed their high-level hockey skills and defeated England, Argentina, Pakistan and South Korea. In the final match, India thrashed host Malaysia 3-0 and clinched the Gold Medal.

Manpreet made his international debut in 2011 and since then, he has been a regular member of the Indian team.

The Jalandhar-lad was also a part of the silver medal winning Indian team at the Commonwealth Games in Scotland and represented India at the FIH Men's World Cup (Netherlands), Hero FIH Hockey World League Final.

Lee sorry after another final failure on national day 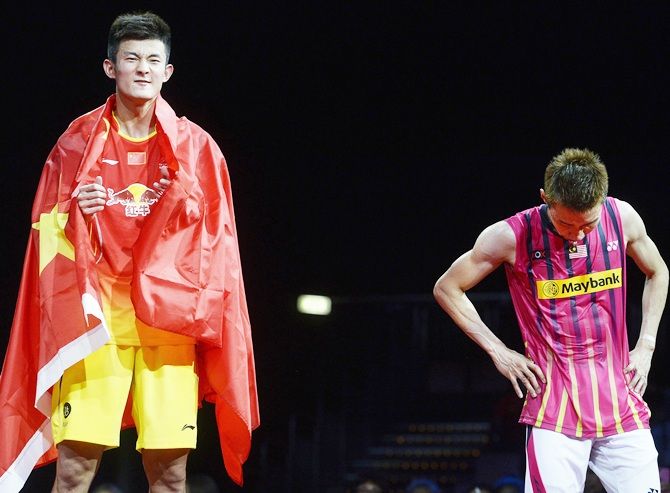 A crestfallen Lee Chong Wei and the Malaysian Badminton Association (BAM) were left apologising to the nation after their independence day celebrations were soured by the much-loved shuttler's defeat in the world championship final in Copenhagen.

World No 1 Lee had been tipped to land his first major title in the absence of great adversary Lin Dan but it was the double Olympic champion's Chinese compatriot Chen Long who dished out the punishment in Sunday's final in Denmark.

"I am disappointed with the way I played today. I guess my fans are also disappointed. I am sorry. I wanted so much to win it – but Chen Long was too aggressive," Lee was quoted as saying by Malaysian media after the 21-19 21-19 loss.

"I tried ... but he was returning all my shots. I tried to break his rhythm and open up the game. I tried to play patiently but I was making some simple mistakes. He was just unstoppable."

Lee came into the event with concerns about a thigh muscle injury which had prevented his Commonwealth Games title defence and was also caught in a row between the BAM and his coach.

Men's singles coach Rashid Sidek was banned from travelling to Denmark but then allowed to work with his shuttlers after the country's sports minister stepped in to broker a peace deal.

It appeared to do the trick as twice Olympic runner-up Lee raced through to the final without dropping a game, raising hopes Malaysia's favoured son would finally deliver a major title on the significant day.

But the tall Chen, bronze medallist at the London Games two years ago, proved too strong as extended China's stranglehold of the men's title to seven consecutive championships and leave Malaysia still waiting for a first.

The 31-year-old Lee, who suffered his third successive defeat in the world championship final, was already looking ahead to the September 19-October 4 Asian Games, one of his last chances to end his major title drought. 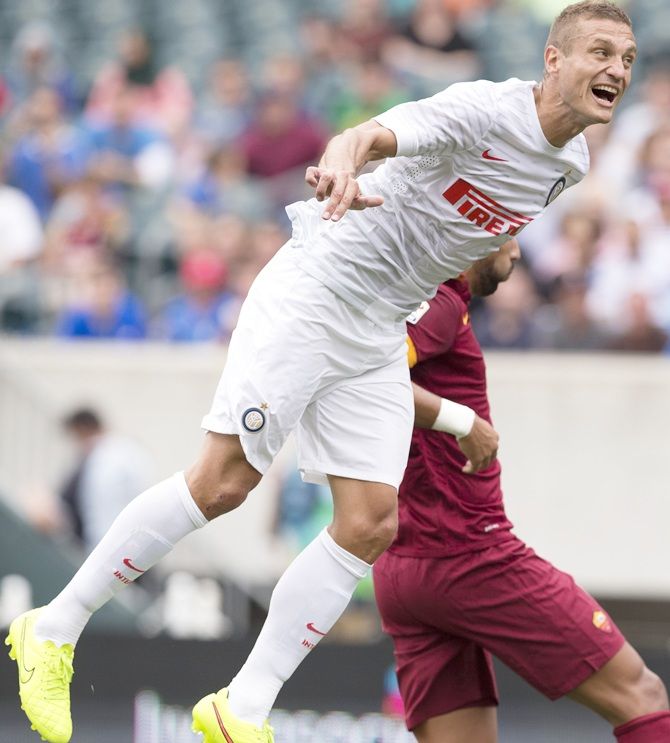 Erratic Napoli won 2-1 at Genoa thanks to a stoppage-time goal by debutant Jonathan de Guzman while Inter Milan defender Nemanja Vidic began his Serie A career by giving away a penalty and getting sent off in a 0-0 draw at Torino on Sunday.

Thirty-six-year-old Antonio Di Natale, who back-tracked on last season’s decision to retire, was as sharp as ever and scored both goals in Udinese’s 2-0 win over promoted Empoli to follow his four-goal haul in the Coppa Italia last week.

AC Milan gave Filippo Inzaghi a winning start as coach by beating Lazio 3-1, helped by an inspired debut from goalkeeper Diego Lopez who capped his performance by saving a penalty in stoppage time.

Sampdoria trailed for 83 minutes at promoted Palermo and played the entire second half with 10 men after Vasco Regini was sent off, but still managed to draw 1-1 thanks to a goal by Daniele Gastaldello in the last minute.

Champions Juventus made a winning start to the season on Saturday with a comfortable 1-0 victory at Chievo Verona while title hopefuls AS Roma beat Fiorentina 2-0.