Sports Shorts: Yuki back in top-100 after more than 2 years 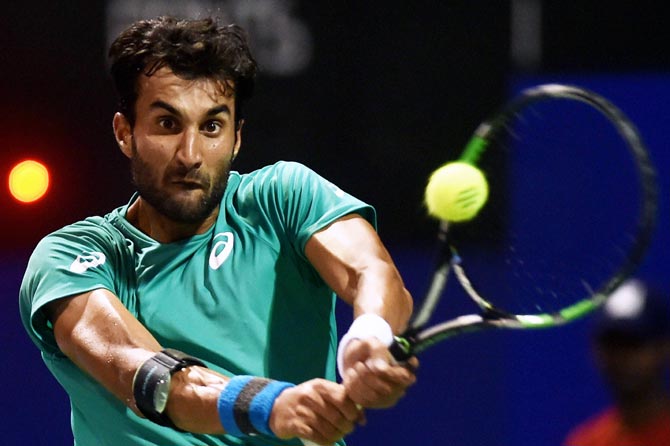 Yuki Bhambri on Monday broke back into the top-100 for the first time since February 2016 following his-title winning performance at the Taipei Challenger as he leapfrogged 22 places to a career-best rank of 83.

This is the best rank an Indian has achieved in the ATP singles chart since Somdev Devvarman touched a career-high 62 in July 2011.

Yuki had first broken into the top-100 late in 2015 but injuries did not allow him to climb further. However, the resilient 25-year-old has worked his way back to top-100 which, if maintained, will allow him direct entry into the Grand Slams and the ATP 1000 series Masters event.

"It's only the beginning, I have to move up a lot more and I am looking forward to the challenge," Yuki told PTI.

Asked if top-50 was a realistic target for him, Yuki said, "Not at the moment. Too far."

Yuki has always maintained that he has the game to challenge the best players and has proved with his recent big wins over world number 12 Lucas Puillee (Indian Wells, March 2018) and world number 22 Gael Monfils (Washington, August 2017).

His Davis Cup teammate Ramkumar Ramanathan too rose to a career-best 116 as he jumped 17 places after ending runner-up to Yuki in Taipei.

Sumit Nagal though lost two places to be 215 and was followed by Prajnesh Gunneswaran (266) and Arjun Kadhe (394).

In the doubles, Divij Sharan further improved his career-best rank by moving up to 41, a gain of one place. Leander Paes, who became the most successful doubles player in Davis Cup, lost four places to be in 49th position.

Rohan Bopanna is leading the doubles chart for India at number 19.

Meanwhile, Ankita Raina too improved on her career-best rank as she jumped three places to 194 while Karman Kaur Thandi dropped a place to 268.

In the doubles, out of action Sania Mirza was unchanged at number 24. 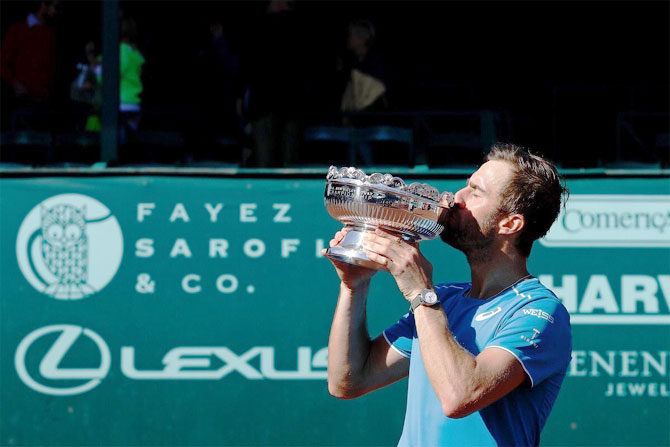 Sixth seed Steve Johnson beat Tennys Sandgren 7-6(2) ,2-6, 6-4 to successfully defend his title in an all-American final at the US Men's Clay Court Championship in Houston on Sunday.

Johnson broke eighth-seeded Sandgren in the ninth game of the third set and then held serve to close out the match at the River Oaks Country Club in two hours 22 minutes.

With the win, world number 51 Johnson secured his third ATP Tour title and became the first repeat winner of the US Men's Clay Court Championship since Andy Roddick in 2001-2002.

Sandgren, who was appearing in the first ATP singles final of his career, was ready for battle as the Americans each traded a break in a back-and-forth opening set that Johnson ultimately claimed in a tiebreak.

Johnson wobbled at times during the second set as world number 56 Sandgren fought off each of the seven break points he faced and broke his opponent in the sixth and eighth games to force a decider.

But in the third set Johnson, whose run to the final this week included a quarter-final win over top seed and world number nine John Isner, did not flinch and got the only break he would need in the penultimate game to set up his victory.

Second seed Edmund was playing in his first ATP Tour final but was no match for Andujar who repeated his triumphs of 2011 and 2012 when the event was staged in Casablanca.

The injury-plagued Andujar became the lowest-ranked ATP title-winner since Australian Lleyton Hewitt won in Adelaide as the world number 550 in 1998.

Twenty sixth-ranked Edmund's firepower made little impact on the slow surface and he struggled badly on serve, dropping his delivery six times as he slumped to defeat.

Andujar, 32, wrapped up victory in one hour 22 minutes to complete a remarkable return from injury.

He was ranked down at 1,824 in February after three elbow operations had threatened his career and arrived in Morocco at 355 having won a Challenger Tour event in Alicante last week.

"I always believed that I could come back, otherwise I wouldn't have tried," Andujar said.

"I played very well during the whole match. He attacks a lot and is a very strong player. I was very solid today and I'm very happy about that." 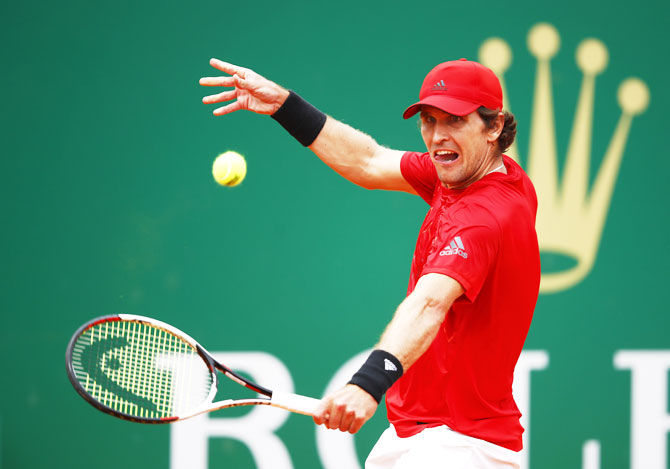 Mischa Zverev overcame a mid-match blip to defeat Canadian teenager Felix Auger-Aliassime 6-2, 6-7(4), 6-1 and reach the second round of the Monte Carlo Masters on Sunday.

German Zverev converted six out of 14 break points against the world number 176 to prevail in two hours 34 minutes and set up a meeting with French seventh seed Lucas Pouille.

Former world number one Novak Djokovic, who is struggling to return to his best form since having elbow surgery earlier this year, takes on Serbian compatriot Dusan Lajovic on Monday.

World number one Rafael Nadal, who returned to action from a leg injury in Spain's Davis Cup win against Germany last week, is chasing a record-extending 11th title at the claycourt tournament.

Britain's Evans to return in Glasgow after doping ban

Briton Dan Evans is set to return from a one-year doping ban as a wildcard entrant at this month's ATP Challenger Tour event in Glasgow, the Lawn Tennis Association (LTA) said on Monday.

The 27-year-old, who tested positive for cocaine during the Barcelona Open last year, is eligible to return for the tournament starting April 28.

"I want to thank everyone who has supported me throughout this difficult period," Evans, the former world number 41, said in a statement.

"I have learned a lot about myself in my time away from the game, a sport that I love very dearly. I am now committed to training hard, resuming my career and getting back to where I was, although appreciate this will take time."

Evans was handed a wildcard by the LTA after he passed the "agreed checks" over the last six weeks.

Hasay out of Boston Marathon with heel injury

American Jordan Hasay, one of the top women's challengers in Monday's Boston Marathon, has withdrawn with a heel injury, officials said on Sunday.

Hasay, third in the race last year, was advised by her doctor and team on Sunday that she needed more time to recover fully so there would be no long-term injury, the marathon said in a statement.

She had been running pain-free in recent weeks but an MRI scan revealed a stress reaction.

"Despite my team working around the clock to give me every chance to make the starting line, on this occasion it will not be possible," the 26-year-old said.

© Copyright 2020 Reuters Limited. All rights reserved. Republication or redistribution of Reuters content, including by framing or similar means, is expressly prohibited without the prior written consent of Reuters. Reuters shall not be liable for any errors or delays in the content, or for any actions taken in reliance thereon.
Related News: Steve Johnson, ATP, Tennys Sandgren, Pablo Andujar, Kyle Edmund
SHARE THIS STORYCOMMENT
Print this article 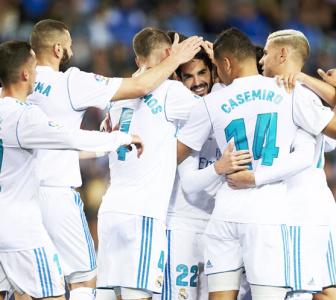 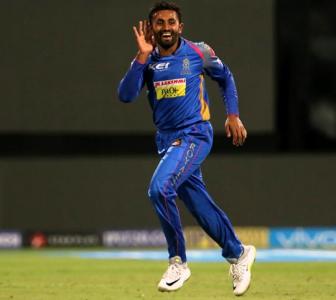 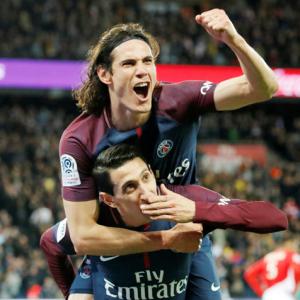