Indian shuttler Ajay Jayaram progressed to the quarter-finals of the Chinese Taipei BWF World Tour Super 300 tournament after ousting Denmark's Kim Bruun in straight games in the second round in Taipei City on Thursday.

The 30-year-old, who had reached the final of Korea Open in 2015, will face Malaysia's Lee Zii Jia next.

Jayaram dished out a clinical effort as he led 6-0 at one point. However, Kim reduced the deficit to 8-9 before the Indian once again stamped his authority to jump to 14-8 and then 20-9 to secure the opening game.

The second game, however, turned out to be a close affair as Kim erased a 3-6 deficit and turned the tables, reaching 11-9 at the break.

The Danish shuttler continued to move ahead and grabbed a healthy 16-12 advantage at one stage. But the experienced Jayaram managed to draw parity at 19-19 and sealed the contest eventually.

But it was curtains for former national champion Sourabh Verma, who had won the US$75,000 Russian Open in July and had qualified for the Indian team at the 18th Asian Games after recovering from injury. Verma lost to Japan's Riichi Takeshita 21-19, 21-23, 16-21 to bow out of the tournament.

Jeevan Nedunchezhiyan put behind a tiring 34-hour long journey to start his temporary partnership with Marcelo Alavero with a facile win at the Monterrey Challenger in Mexico where veteran Leander Paes also advanced to the quarter-finals on Thursday.

The left-hander and his partner from El Salvador, came out 6-2, 7-6(5) winners against Adrian Menendez-Maceiras from Spain and Markn Vervoort from the Netherlands in the opening round of the US$150,000 hard court tournament.

Jeevan flew to Mexico from Chengdu in China where he reached the final but had to reschedule his tickets from Japan, from where flights were affected due to bad weather.

Jeevan will play with Aravelo in a few tournaments as his regular partner Austin Krajicek is busy with family commitments.

In the top-half of the draw, top seeded pair of Paes and Miguel Angel Reyes-Varela overcame fighting Spaniards David Ferrer and Pedro Martinez 6-3, 6-4 in 62 minutes.

They next face Ariel Behar and Roberto Quiroz, who knocked out Austrian team of Gerald and Jurgen Melzer 6-4, 4-6, 11-9 in their opening round.

Also moving up was veteran Joshna Chinappa, who jumped two positions to be 14th in the rankings for women. She is now just four spots away from clinching her career-best 10th spot, achieved a little less than two years ago.

However, Dipika Pallikal Karthik dropped four rungs to be on 23.

Harinder Pal Sandhu improved to 57th from 60th, while Ramit Tandon took the 59th position, an improvement of five positions.

Mahesh Mangaonkar rose to 64th from 68th and Vikram Malhotra took the 72nd position, up from the previous month's 84th.

Former Russian deputy Prime Minister Arkady Dvorkovich won the FIDE elections defeating Georgios Makropoulos of Greece 103-78 in what was one of the most keenly fought FIDE election in almost 23 years.

The Chess world welcomed the decision of the general assembly that elected a new president after a gap of 23 years.

It may be recalled that the incumbent, Kirsan Illuyzhinov was dethroned after a long reign mainly because of the sanctions by the US on his alleged links to Syria.

Technically, it was a three horse-race that was reduced to two as Grandmaster Nigel Short of England pulled out at the last minute endorsing Dvorkovich.

Following Short's withdrawal, it was clear that Dvorkovich had the upper hand thanks to a wisely planned and well-executed campaign in the last couple of months.

The charges of conspiracy to commit computer fraud and abuse and to commit wire fraud and money laundering came hours after Dutch authorities said they had disrupted an attempt by Russian intelligence agents to hack into the Hague-based Organization for the Prohibition of Chemical Weapons in April. 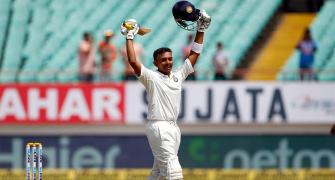 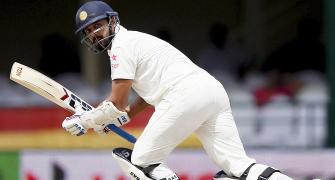 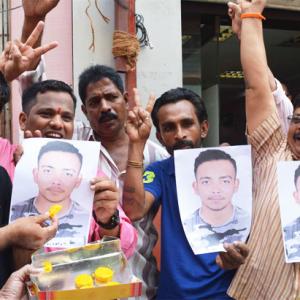