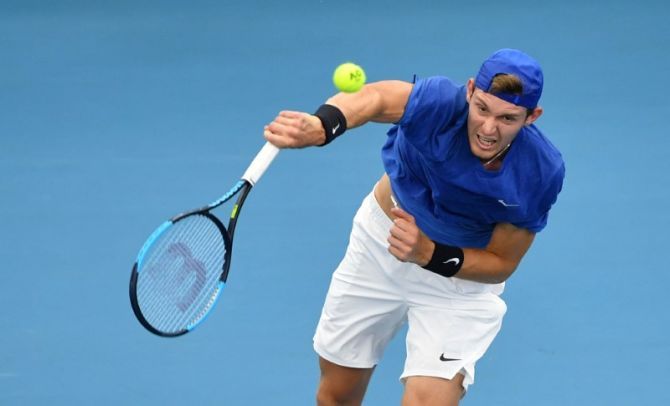 During the tournament in November, the 24-year-old, ranked 78 in the world, provided urine samples containing traces of anabolic agents Ligandrol and Stanozolol, which are on the World Anti-Doping Agency's prohibited list.

Jarry, who won his first ATP title at Bastad in 2019 and reached a career-high ranking of 38th in the world in the summer, said he had never "deliberately or intentionally taken any banned substance in my career".

He added that his legal team was working on proving his innocence and that he would co-operate fully with the ITF.

"Nicolas Jarry has been provisionally suspended under Article 8.3.1(c) of the 2019 Tennis Anti-Doping Programme, pending determination of the charge against him at a full hearing," the ITF said in a statement.

Jarry said that his first urine test came back clean but the second one might have come back positive because he consumed "multi-vitamins made in Brazil" which could have been contaminated.

"The levels of these substances are so incredibly low that they are equivalent to trillionths of a gram, levels so low that neither substance could have provided me any performance enhancing benefit," Jarry wrote on Instagram.

"I have never deliberately or intentionally taken any banned substance in my career as a tennis player and, in fact, I am completely opposed to doping.

"It strongly looks like a cross-contamination case for the use of multi-vitamins made in Brazil, which my doctor recommended I take since they were guaranteed to be free of banned substances." 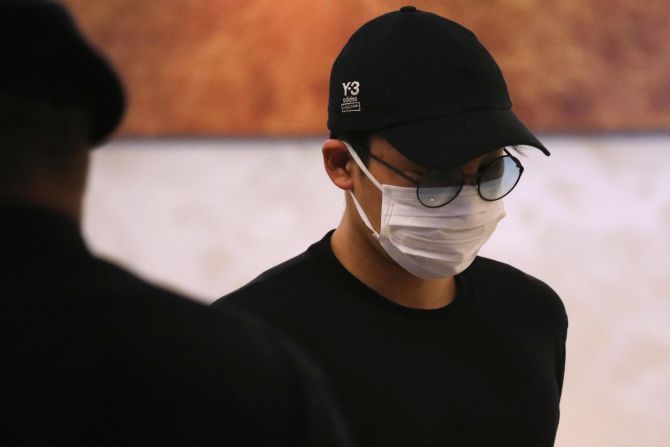 IMAGE: Japanese badminton player Kento Momota arrives at Kuala Lumpur International Airport, as he leaves for Tokyo, after he was released from hospital in Sepang, Malaysia on Wednesday. Photograph: Lim Huey Teng/Reuters

Badminton world number one Kento Momota was on his way home to Japan on Wednesday after being released from a hospital in Malaysia that treated him for injuries suffered in a vehicle collision.

A Reuters photographer saw Momota, who won the Malaysia Masters on Sunday, clearing security checks at Kuala Lumpur airport, his face covered in a white mask. His flight was due to leave at about 10 a.m.

The world's top-ranked men's singles player was among four passengers in a van travelling to the airport on Monday when it crashed into the back of a 30-tonne truck, injuring them and killing the driver of the van.

Momota is expected to be one of Japan's biggest hopes for gold at this year's Tokyo Olympics.