Five Indian shuttlers, including Ajay Jayaram, progressed to the men's singles second round of the US$75,000 Russia Open BWF Tour Super 100 in Vladivostock, Russia, on Tuesday. 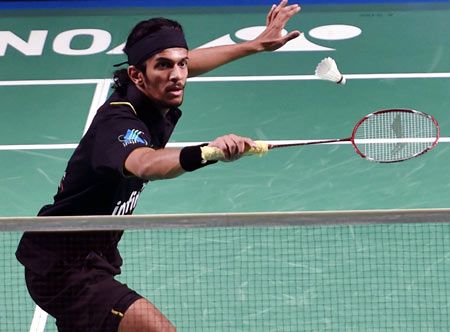 Jayaram, who finished runners-up at the White Nights International Challenge earlier this month, brushed aside Canada's Xiaodong Sheng 21-14, 21-8 in the opening round match to set up a clash with compatriot Subhankar Dey, who got a bye in the first round.

Pratul Joshi dumped Canada's Jeffrey Lam 21-11, 21-8 and will take on Israel's Misha Zilberman at the Sport Hall Olympic on Wednesday.

Among others, Mithun Manjunath, Siddharth Pratap Singh and Rahul Yadav Chittaboina also reached the second round.

The men's doubles team of Arun George and Sanyam Shukla will also begin its campaign on Wednesday. The duo will take on local pair Vladimir Nikulov and Artem Serpionov.

Hosts India, title favourite Egypt and England made it to the pre-quarterfinal in the WSF-World junior men's team championship, which began in Chennai on Tuesday.

All three teams won two matches each in their respective groups.

While Egypt and England had it easy, India huffed and puffed to a 2-1 win over Switzerland in their second match with Yash Fadte beating Yannick Wilhelmi to secure the win.

Earlier in the morning, India started off well by beating lowly Saudi Arabia 3-0. The host rested their top player Yash Fadte for this match.

Rahul Baitha, Utkarsh Baheti and Veer Chotrani posted easy wins for the home side to ensure a comprehensive 3-0 win.

Boosted by a strong comeback in the three-match series against New Zealand last week, ace drag-flicker Rupinder Pal Singh says the Indian hockey team is eager to carry forward the momentum into the upcoming Asian Games and win the gold medal.

"Personally for me, playing against a quality team like New Zealand who won the silver medal at the Commonwealth Games was very important. Since I had missed out all the action during the Champions Trophy, I had to find my rhythm ahead of the Asian Games in Jakarta," Rupinder said.

The Commonwealth Games in April was Rupinder's last appearance for the Indian team at a major International event. A hamstring injury during the quadrennial event meant that he had to be rested for the Champions Trophy where the team finished runners up.

While the team was up against top teams in the world, Rupinder had to remain in the national camp and work on his fitness.

"It is frustrating for any player to be watching the team play on TV but it was critical for me to undergo rehab in order to be match-fit and available for the Asian Games selections," Rupinder expressed after the 3-0 series win against New Zealand.

“It was a bit of a surprise that I was unanimously requested to continue as President for another term. Rallying continues its upward trend in the region and I am honoured to continue what we started two years ago. Our focus will be on expanding to new regions and continue growing the sport at the grass root level,” said Chandhok, who is also a former FMSCI President.

Representatives from Malaysia, Singapore, Australia, New Zealand, Japan and Indonesia among others attend the meeting and the elections held on Monday.

Also present was Wayne Christie, President of the FIA Rally Commission to share FIA's thoughts on the future of rallying and to also understand the challenges faced by the APRC.

The members present felt that since the APRC was going through many challenges, it needed continuity at the helm, especially with the plans afoot to meet manufacturers in Japan and China.

Deviating from the norms, they requested outgoing Chandhok who was not a candidate for the post to accept the Presidency for another term.

Takahito Sugita (Japan) will serve as the Vice-President. Stalwarts Tengku Shaharin Abu Bakar (Malaysia) and Willard Martin (New Zealand) will serve on the executive committee along with Sugita and Chandhok. 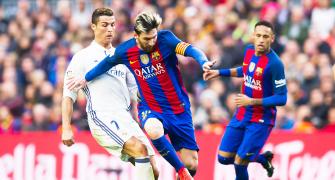 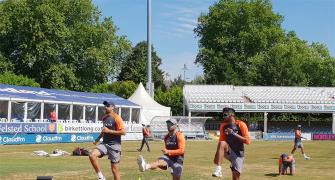 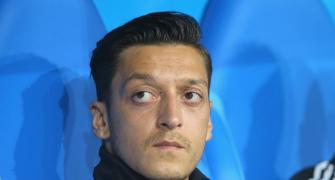 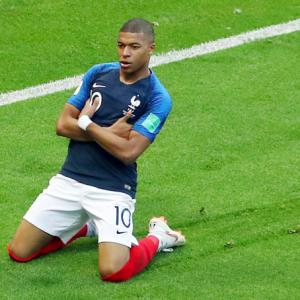 Mbappe in race with Ronaldo, Messi for FIFA player of the year 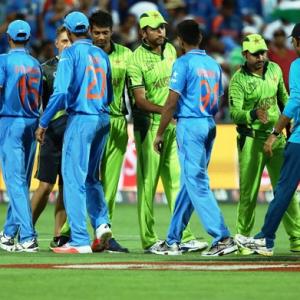