Novak Djokovic of Serbia plays a forehand in his semi-final match against Andy Murray of Great Britain during day eight of the China Open in Beijing on Saturday. Photograph: Chris Hyde/Getty Images

World No 1 Novak Djokovic maintained his perfect tournament record and advanced to his fifth China Open final with a 6-3, 6-4 victory against Andy Murray on Saturday.

The 27-year-old top seeded Serb took an hour and 37 minutes to down Murray and improve to a 23-0 record in Beijing.

Murray, fresh from his first victory in more than a year at last week's Shenzhen Open, put up more resistance in the second set but could not crack Djokovic's solid defence and smashed his racquet in frustration after being broken in the ninth game.

Djokovic, who meets either Tomas Berdych or Martin Klizan, who stunned Rafael Nadal on Friday, restricted the Scot to only seven winners and denied him four of his five break point chances.

Sixth-seeded Murray has moved up to the ninth place in the race to season-ending ATP Finals in London, which will feature the top eight.

Local favourite Kei Nishikori overcame an injury scare to labour past Benjamin Becker and set up a Tokyo Open final clash against Canada's Milos Raonic, who enjoyed a more routine victory in the other semi on Saturday.

Nishikori rallies to set up Raonic final in Tokyo Nishikori dropped the first set and needed courtside treatment on a hip injury ahead of the decider before prevailing 4-6, 6-0, 7-6(2) in a duel that lasted an hour and 47 minutes.

Becker nearly silenced the 10,000 spectators at the Ariake Colosseum by claiming the first set when Nishikori hit a forehand return into the net.

The local fans soon found their voice, however, when U.S. Open finalist Nishikori bounced back in style, storming through the second set with the concession of just 11 points.

Nishikori raced to a 3-1 lead in the decider but Becker refused to throw in the towel and broke back to eventually force a tie-breaker that his opponent dominated.

The victory ensures Nishikori will move up to fifth place in the race for one of the eight spots available at the ATP Finals in London from Nov. 9-16.

Novak Djokovic, Rafael Nadal and Roger Federer have already guaranteed their places at the season-ending tournament.

Sunday's final will be a rematch of their marathon US Open fourth round duel that equalled the record for the latest match ever played at the year's final grand slam.

Losing finalist in the last two editions of the Tokyo tournament, Raonic stayed on course to be third time lucky with a comprehensive 6-1 6-4 win over Frenchman Gilles Simon in a rain-interrupted match.

"Against Kei, it is something to look forward to," Raonic said looking ahead of the summit clash against the player who beat him in the 2012 final.

"A lot of people here want it. I have to execute well and serve well, focusing on myself primary other than them," said Raonic, who has sent down 900 aces this season. CSKA Moscow will have to play their next three European home matches behind closed doors and have been fined 200,000 euros ($250,360) because of the behaviour of their fans, UEFA said on Friday.

The Russian club's supporters will also be prevented from attending their remaining two Champions League away group games this season against Manchester City and Bayern Munich, European soccer's governing body added in a statement.

CSKA's fans were found guilty of a series of offenses including "racist behaviour of supporters, crowd disturbance, setting off/throwing of fireworks and missiles" during their Group E fixture against AS Roma in Italy on Sept. 17.

"The European governing body has a zero-tolerance policy towards racism and discrimination on the field and in the stands," UEFA said.

"All forms of racist behaviour are considered serious offences against the disciplinary regulations and are punished with the most severe sanctions."

CSKA fans fought with Roma supporters before the match and clashed with police afterwards in incidents which left 13 stewards and four officers injured. Roma won the game 5-1.

CSKA have already played their first Champions League home match against Bayern on Sept. 30 behind closed doors as punishment for their fans' racist behaviour last season.

They were found guilty of racist chanting during matches against Manchester City and Viktoria Plzen.

"Of course we are really upset with the decision," CSKA's press spokesman Sergei Aksenov said.

"Thanks to a few people, the festival of football that is the Champions League, has been turned into a series of ghost matches, as these matches without supporters are already being called. It's all very sad and upsetting."

CSKA have not ruled out appealing the decision.

"We need to wait to hear the reasoning for their decision," Aksenov added.

"Only then will it become clear if the punishment is fair and whether we may try to launch an appeal."

Russia's Minister for Sport Vitaly Mutko told R-Sport: "It's a harsh punishment, very harsh, but it could have been worse. Some clubs have been excluded from the Champions League." Roy Beerens of Hertha Berlin celebrates scoring his goal with Anis Ben - Hatira and Sandro Wagner during the Bundesliga match against Vfb Stuttgart at Olympiastadion in Berlin on Friday. Photograph: Stuart Franklin/Bongarts/Getty Images

New signing Salomon Kalou struck twice to help Hertha Berlin edge past VfB Stuttgart 3-2 on Friday and climb to 12th in the Bundesliga.

The former Chelsea forward, who left French club Lille in August, scored in each half to take his goal tally to three in the league and establish himself as the leader of the attack.

Moritz Leitner netted from three metres for Stuttgart after a brilliant back-heel from Vedad Ibisevic had sent Florian Klein racing down the wing in the fifth minute.

The keeper again did well to deny Valentin Stocker a minute later but the Swiss was brought down by Carlos Gruezo and Kalou sent Kirschbaum the wrong way with his penalty.

The 29-year-old, who won the Champions League with Chelsea in 2012, has quickly adapted to the Bundesliga, giving Hertha much-needed punch up front following the departure of Adrian Ramos.

Kirschbaum stopped a spectacular volley from Roy Beerens on the stroke of halftime but could do nothing when Kalou raced into the box, shook off a defender and slotted past the on-rushing keeper in the 63rd minute.

Beerens made sure of victory, scoring 11 minutes later following a fine Anis Ben-Hatira cross, before Sandro Wagner's 84th-minute own goal set up a nervous finale.

Hertha have eight points from seven games while Stuttgart are fourth from bottom on five points.

Leaders Bayern Munich take on Hanover 96 on Saturday when last season's runners-up Borussia Dortmund are desperate for a win against Hamburg SV. 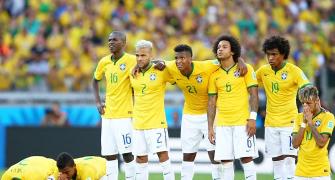 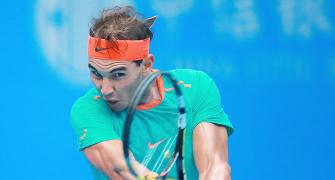 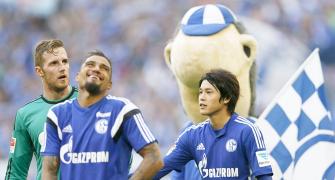 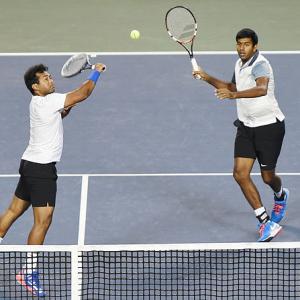 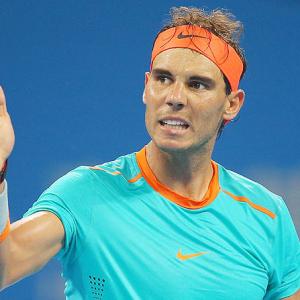