Sports Shorts: NBA to cut season to allow players to compete in Tokyo Team owners and the NBA players' association have agreed on a shortened season to allow players from the world's best league to compete in next year's Tokyo Olympic Games, International Olympic Committee President Thomas Bach said on Wednesday.

"The owners of NBA teams have agreed with the players' association on an early and shortened NBA season starting on Dec. 22," Bach told a news conference.

"This will allow the best basketball players to play at the Olympic Games in Tokyo.

The Tokyo Games were due to be held in 2020 but were postponed to start in July 2021 because of the COVID-19 pandemic. 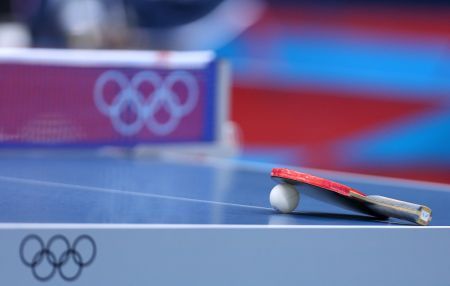 Chen's victory at the bio-secure Weihai Nanhai Olympic Center made her the first winner of the ITTF's #RESTART series and also took her tally of senior singles titles to 19.

"Last month, I also won a title in the same venue and now this World Cup is a high point for me," the 26-year-old Chen said, referring to her China National Championships win.

"This will help my confidence going into the next tournament and I hope that at the ITTF Finals in Zhengzhou I can continue my good form and win another title."

The third and final event of the #RESTART series will be the ITTF Finals between November 19-22 in Zhengzhou.

The women's and men's World Cup events were originally set to take place in Bangkok, Thailand and then Duesseldorf, Germany before the ITTF moved them to China.

South Korea's spy chief has proposed a summit of the leaders of the United States, Japan and the two Koreas during the Tokyo Olympics next year, the Chosun Ilbo newspaper reported on Wednesday.

Park Jie-won made the proposal in Japan, where he arrived on Sunday for his first trip as head of the National Intelligence Service (NIS) aimed at improving relations strained by a feud over compensation for Koreans forced to work for Japanese firms during its 1910-45 colonial rule.

Park suggested the summit during a Tuesday meeting with new Japanese Prime Minister Yoshihide Suga, saying it could take up the issues of North Korea's denuclearisation and the abduction of Japanese citizens by North Korean agents, the newspaper said.

Japan's relations with both North and South Korea have long been difficult, largely because of its colonisation of the Korean peninsula.

Park conveyed South Korean President Moon Jae-in's willingness to normalise ties with Japan, for which he said there needed to be some Japanese apology or expression of regret for the wartime forced labour, the newspaper said.

"The Olympics could provide a chance to resolve the bilateral issue of forced labour and regional issues including North Korea's nuclear programmes and Japanese abductees," the newspaper cited Park as saying.

South Korea's Yonhap news agency reported that Park had suggested that Moon and Suga announce a new declaration to build on a 1998 joint pledge of a "future-oriented relationship".

"Both leaders are strongly willing to resolve current issues," the news agency quoted Park as saying.

North Korean leader Kim Jong Un's attendance at such a summit would be a landmark.

Japan's Chief Cabinet Secretary Katsunobu Kato did not elaborate on the summit suggestion in a briefing but said Suga told Park that cooperation between Japan, South Korea and the United States was essential in dealing with North Korea.

Kato cited Suga as demanding that South Korea "create an opportunity to restore healthy relations between Japan and South Korea, which have been in a very severe situation".

© Copyright 2021 Reuters Limited. All rights reserved. Republication or redistribution of Reuters content, including by framing or similar means, is expressly prohibited without the prior written consent of Reuters. Reuters shall not be liable for any errors or delays in the content, or for any actions taken in reliance thereon.
Related News: ITTF, Yoshihide Suga, National Intelligence Service, South Korea, Japan
SHARE THIS STORYCOMMENT
Print this article 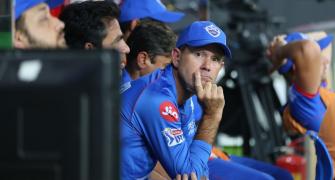 Ponting hopes to take DC one step further next IPL 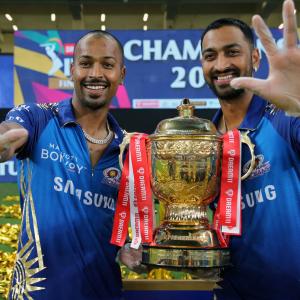