After playing some amazing and steady golf for 62 holes, SSP Chawrasia faltered over the last 10 and dropped from sole lead to a disappointing T-7th at the Hong Kong Open on Sunday.

The Indian, starting the day at 10-under, had moved to 13-under and seemed to be in total control, although Alexander Bjork made the big charge on the front nine.

But it was Wade Ormsby, quite over the front nine, and purposeful on the back nine, who won the title in the end.

Shubhankar Sharma double bogeyed the 18th but finished T-10 after a round of 67 and he totalled 7-under to tie with stalwarts like Justin Rose (68) and Kiradech Aphibarnrat (67).

After a great start with three birdies in the first eight holes, Chawrasia ran into all sorts of trouble on the ninth and gave away a triple bogey, and it suddenly opened the door for the challengers.

Meanwhile, Ormsby, tied-2nd overnight, was still at 9- under and Bjork was 12-under. Chawrasia fought back to birdie 10th but bogeyed four times in five holes on 11th, 12th, 14th and 15th and it was all but over for him. A birdie on 16th was a mere consolation.

Ormsby, the Australian, entered the fourth round a shot behind Chawrasia and when he turned in level-par 34, he was four behind his Indian rival.

As Chawrasia fell apart and others were unable to mount the challenge, Ormsby crept up with birdies on 10th, 14th and 17th. At the same time, Rafa Cabrera-Bello also made a charge with three birdies on back nine.

Ormsby held a two-shot lead as he stood on the 18th fairway at Hong Kong Golf Club.

As Cabrera-Bello birdied the 17th to pile on the pressure, there was a closing three-putt bogey from Ormsby and it left the duo in a tie at 11 under.

Cabrera-Bello then put his second shot in the bunker at the front of the final green and when he failed to get up and down, the title went to Ormsby.

Bjork, Paul Peterson and Julian Suri finished alongside Cabrera-Bello at 10-under, a shot clear of Race to Dubai champion Tommy Fleetwood.

Ormsby played his first season on the European Tour in 2004 after coming through the QualifyingSchool and he has done that four times since in a career that has also seen him struggle with injury at times.

A fifth-placed finish at the Andalucia Valderrama Masters hosted by the Sergio Garcia Foundation ensured he eventually kept his card in comfortable fashion last season and the 37- year-old will now have an exemption until 2020 after winning at the 264th time start.

A disappointed Chawrasia was still graceful and said the champion deserved the win.

"I was playing well today after a good start but the triple bogey on ninth derailed me. After that I kept dropping shots. But overall, I managed to make a comeback. I had a couple of putts missed, but that's all right. It's part of the game," he said.

"There are three events more to play and there's a good chance for me on the Asian Tour Order of Merit. It's not over yet at least for the Order of Merit title," Chawrasia added. IMAGE: Jyoti Gulia with her gold medal at the AIBA World Women's Youth Championship in Guwahati on Sunday.

It was gold rush for India at the AIBA World Women's Youth Championships with the country's pugilists grabbing four top positions after the first set of finals, here today.

Nitu (48kg), Jyoti Gulia (51kg), Sakshi Choudhury (54kg) and Shashi Chopra (57kg) won gold medals in the first set of finals, which were halted for 45 minutes by a minor fire mishap in the spectator stands.

Adding to the tally were two bronze medals secured by Neha Yadav (+81kg) and Anupama (81kg), making it India's best ever performance at the marquee age group event.

The country had won just one bronze medal at the previous edition of the event and had not won a gold since 2011 when Sarjubala Devi secured the yellow metal.

Up against Kazakhstan's Zhazira Urakbayeva, Nitu was the first to walk into the ring for India today and she had it rather easy against the Kazakh, whose footwork was all over the place and she struggled to keep her balance too.

"It was an easier final compared to the semi-finals. I did not find it too tough to break through," said one of the four Haryana finalists at the event.

Nitu took her time to get a measure of her rival but once she was done with it, the Indian had no trouble connecting her straight punches.

Jyoti's bout against Russia's Ekaterina Molchanova was fought on an even keel. In an exciting contest, both the boxers matched each other punch for punch and had the packed stadium on its feet with their exchanges.

The taller Russian seemed hardly perturbed by the vociferous support that her opponent was getting but the Indian was a shade better in connecting her blows.

The Indian fetched a unanimous victory, leaving the Russian boxer in tears and her coaches irate.

Similar was contest between Sakshi and England's Ivy-Jane Smith. Smith seemed more dominant but could not find favour with the judges, who were 3-2 in awarding the bout to the home favourite.

Shashi, however, did not face much of a contest from Vietnam's Ngoc Do Hong even though the judges ruled it 3-2 in her favour.

The lanky Indian, recommended into the camp by boxing's national observer and former Commonwealth Games gold-medallist Akhil Kumar, put her height and reach advantage to good use and decidedly the more aggressive of the two in all the three rounds.

The championship was held in India for the first time.

Thonakal finished the race in 2 hours 15 minutes and 48 seconds to clinch the gold medal at the 16th edition of the event, here.

The Indian runner was trailed by Andrey Petrov of Uzbekistan with a timing of 2:15:51s to grab a silver, while the bronze was won by Byambalev Tseveenravdan by clocking 2:16:14s.

Thonakal's feat has come after the formation of separate Asian Marathon championships. Prior to this, Asha Agarwal had won the women's title when it was a part of the biennial Asian Track and Field Championships.

Bajrang, Vinod assured of at least a silver at U-23 Worlds

Asian champion Bajrang Punia and Vinod Kumar entered the final of their respective weight categories in the men's freestyle event of the U-23 World Wrestling Championship in Poland.

Bajrang defeated Iran's Yones Aliakbar 9-7 in the semi-finals (65kg), while Vinod posted a 2-1 win over a Japanese wrestler in the last-four stage of 70kg to make the gold medal rounds.

Bajrang earlier got the better of Turkey's Yavuz 7-5 in quarters after thrashing Azerbaijan's Ilyasli 5-0.

Bajrang will take on Russian grappler Kuular in the final.

Vinod had beaten Ukrainian Zakariev 5-2 in quarter-finals after blanking Georgia's Mirza 3-0 in his qualification bout.

In the final, Vinod will face USA's Lewis. 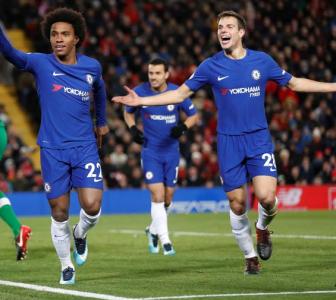 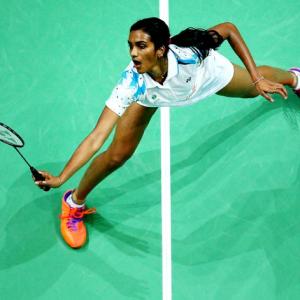 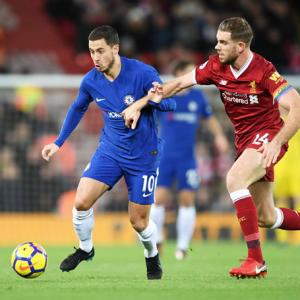