Messi was found guilty by a Catalan court last July on three counts of tax fraud between 2007 and 2009.

Both Messi and his father were given 21 months in jail -- sentences likely to be suspended as is common in Spain for first offences for non-violent crimes carrying a sentence of less than two years.

They appealed to the Supreme Court.

While the court confirmed the sentence for Messi on Wednesday, it reduced it to 15 months jail for his father, taking into account that his football star son had paid back the defrauded money to tax authorities.

During last year's trial, Messi had argued that he trusted his father with his finances and "knew nothing" about how his wealth was managed.

A court statement said Messi "unequivocally understood his obligation to pay tax on income obtained from exploiting his image rights...therefore it is not logical that he should ignore his duty to pay tax on them".

The Supreme Court's ruling brings an end to a case which began in 2013.

Messi's tax fraud trial in June last year took place against a backdrop of simmering voter anger over steep cuts to health and social spending, as the government struggles to bring Spain's public deficit down. Formula One organisers are planning to hold a minute's silence before Sunday's Monaco Grand Prix as a mark of respect for the victims of the Manchester bomb attack.

A Formula One Management source told Reuters the 10 teams, a majority of them British-based, had also agreed to carry the #Manchester hashtag on their cars.

An appearance by triple Formula One world champion Lewis Hamilton at the Cannes Film Festival to promote the Disney franchise "Cars" was also cancelled "out of respect for the casualties and all of those impacted", according to the film's publicist.

Ross Brawn, Formula One's managing director for motorsport, was born near Manchester and is a fervent supporter of the Manchester United soccer club.

Manoj to make WSB debut on June 8 for British Lionhearts 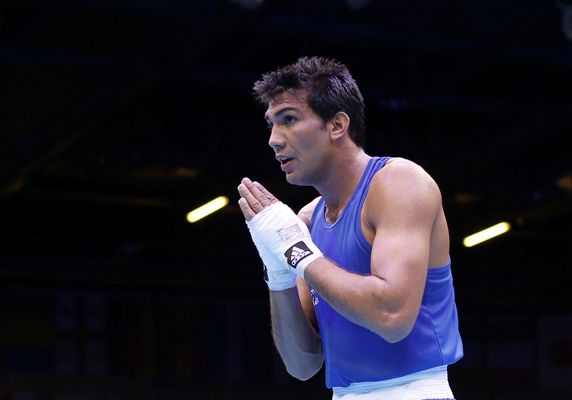 Indian boxer Manoj Kumar will make his World Series of Boxing (WSB) debut on June 8 after being called by his franchise British Lionhearts for the semi-final clash against Astana Arlans Kazakhstan.

"It will be a first time experience at the WSB and I hope I can pull off a good win for my team," Manoj, a welterweight boxer, told PTI.

Manoj was among three Indian boxers, who were picked by British Lionhearts mid-season but Vikas Krishan (75kg) and K Shyam Kumar (49kg) did not compete for different reasons.

Vikas was stopped from going to the event by the Boxing Federation of India after he forfeited his Asian Championships semi-final. Shyam Kumar, on the other hand, remained in the reserves.

Manoj has been called by the British franchise to compete in the second leg of the semi-final which will be fought in London. The first leg is scheduled on June 3 in Kostanay, Kazakhstan.

The WSB is a semi-professional league format event that leads to play-offs and a final.