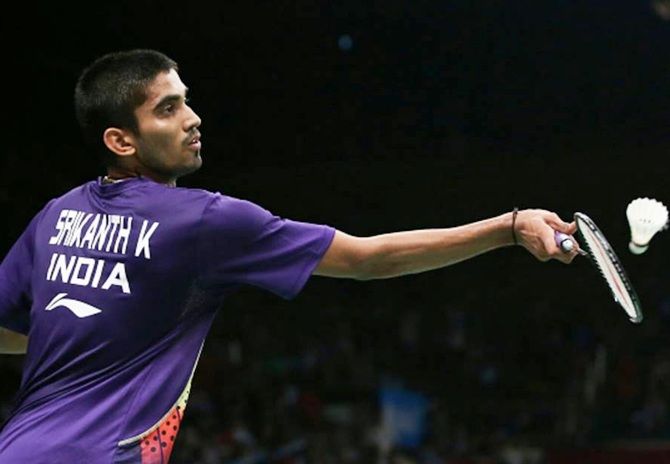 Five Indians find themselves in the top-20 of the BWF men's singles rankings issued on Thursday.

H S Prannoy was the biggest gainer after his quarter-final showing at the Japan Open last week, jumping four places to be world no.15.

Kidambi Srikanth, who too lost in the quarter-finals in Japan, remains the highest-ranked Indian male player in the eighth spot.

B Sai Praneeth retained his place at 17th on the leaderboard, while Sameer Verma has gained a couple of places to enter the top-20 to leapfrog 20th ranked Ajay Jayaraman and himself in the 19th spot.

Semi-finalists of the Japan Open, the mixed doubles pairing of Sikki Reddy and Pranaav Jerry Chopra gained two places to be 17th. 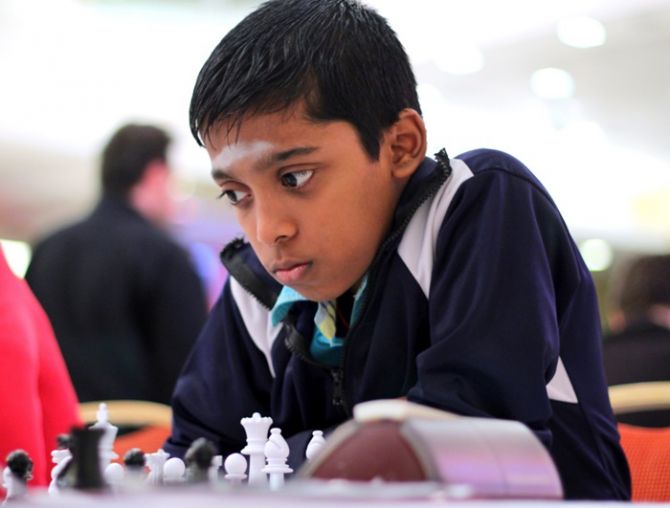 Grandmaster and former Asian champion, Sethuraman, completed the victory in 52 moves against Boris, a six-time World Championship Candidate, who had won the 2009 World Cup and was the challenger for the 2012 World Championship, which Anand had defended successfully.

For Anand, it turned out to be yet another frustrating day as he signed truce in 35 moves, while Gujrathi, who had jumped to joint lead on Wednesday, drew in 43 moves against Lenderman.

After round 5, Gujrathi, Sethuraman and Harsha Bharathakoti were at joint third position with four points. Harsha had defeated compatriot Adhiban B.

Half a point adrift is Anand, at joint 14th spot, alongwith Praggnanandhaa, Swapnil S Dhopade and Vishnu Prasanna among other Indians.

G Lakshmanan of Services completed a double by cruising to victory in the men's 10,000 metres on the final day of the 57th National Open Athletics Championship at the Nehru Stadium in Chennai on Thursday.

Railways with 296 points won the overall team championship with Services a distant second with 182 points in their kitty.

Also, Railways topped the women's team standings while Services reigned supreme in the men's section. As far as the medals tally, Railways finished with 16 gold medals followed by the Services with 12.

Tamil Nadu athlete Santhosh Kumar, who set a new meet record in the 400 metres hurdles and Chintha Yadav of Railways, the steeplechase winner, were named the 'best male and female athlete' respectively.

Lakshmanan had won the 5,000 metres gold on Monday. The Pudukottai athlete has been in fine form of late, having won a double at the Asian Athletics Championship in Bhubaneshwar and following it up with a gold in the Asian Indoor Games in Ashgabat, Turkmenistan recently.

L Surya, daughter of Lakshmanan's coach S Loganathan, too achieved a double, by coasting to victory in the 10,000 metres. She had won the 5,000 metres event on the opening day of the championship.

In the triple jump, national record holder Ranjith Maheshwari of Railways was relegated to fourth with a leap of 15.94 metres. Kerala's K Sreejithmon jumped a distance of 16.15m to capture the gold medal.

In the women's 800 metres event, Olympian M R Poovamma of ONGC finished a poor fifth in a time of 2:09.24. Lili Das of Railways secured the gold in 2:04.51 followed by Sipra Sarkar of West Bengal.

She made some amends by anchoring ONGC to a gold medal in the 4 X 400 metres relay. The Karnataka team won the shorter relay ahead of Railways and Tamil Nadu.

World Championship bronze-medallist Gaurav Bidhuri attained a career-high 11th position but Vikas Krishan was the best-placed Indian at seventh in the latest rankings of the International Boxing Association (AIBA).

Updated after the 19th edition of the World Championship in Hamburg earlier this month, the new rankings feature three Indians in the top-10.

Vikas, who lost in the second round, is placed seventh in the middleweight (75kg) category, while quarter-finalist Amit Panghal (49kg) has risen to eighth.

The third Indian in the top-10 is Shiva Thapa (60kg). The Asian Championships silver-medallist could not compete in the world showpiece after being laid low by food poisoning and fever on the day of his opening bout. He was a bantamweight bronze-medallist in the 2015 edition.

Bidhuri, a wild-card entrant at the mega-event, stunned one and all by fetching India's lone medal in Hamburg.

The feat propelled him significantly in the rankings and he occupies the 11th position in the bantamweight (56kg) category.

Another world championship quarter-finalist Kavinder Bisht entered the rankings at the 14th spot, while veteran Manoj Kumar stood at the 24th position in the welterweight (69kg) division.

Manoj had bowed out after losing in the pre-quarterfinal stage in Hamburg.

Asian silver-medallist Sumit Sangwan (91kg) took the 16th position in the latest rankings. He had lost in the second round of the world championships. 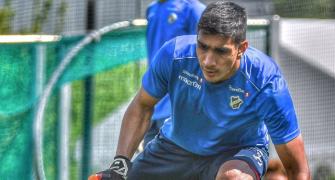 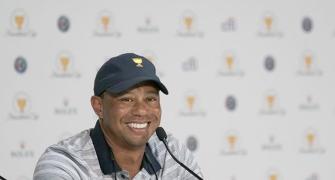 Woods admits he may never return to competition 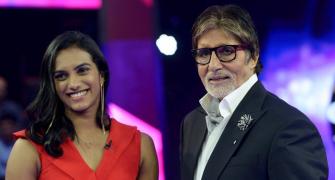 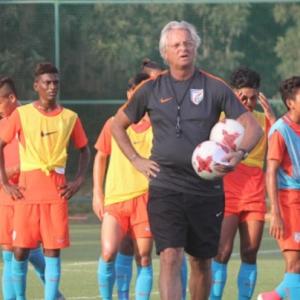 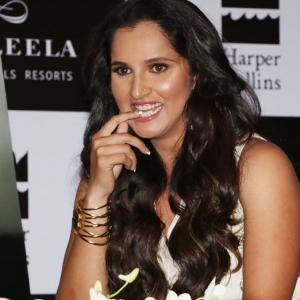 When Sania Mirza beat her husband at table tennis