Sporting Clube de Goa held a lacklustre East Bengal to a goalless draw in their penultimate I-League fixture at the Vidyasagar Krirangan, in Barasat on Friday. 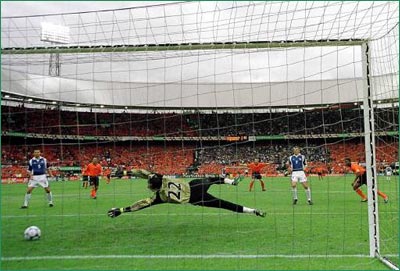 Playing their first match after the unceremonious exit of Biswajit Bhattacharya, East Bengal made a slew of changes but a goal eluded them.

Sporting’s defender Mehrajudding Waddoo was booked twice in two minutes to be red-carded in the 59th minute, while Narayan Das of the home outfit also had a second yellow card in the 86th minute to be sent off.

Third placed East Bengal now have 25 points ahead of their concluding match against Lajong FC in Shillong on April 23 as their slim title hope is now over, and the city heavyweights are without the national league title for 13 years.

Sporting Clube de Goa, on the other hand, have 19 points to be on the fourth spot.

Credit should be given to the Sporting Clube de Goa goalkeeper Arindam Bhattacharya for putting up stoic resistance under the bar, including a great save off Ranty Martins in the 65th minute.

That was not the first time he denied Ranty as Arindam in the 50th minute thwarted the I-League leading scorer twice.

East Bengal were sloppy to start with as there was hardly any goalmouth action in the first-half with Sanju Pradhan and Do Dong Hyun showing little coordination upfront.

The red and gold brigade missed their French recruit Bernanrd Mendy badly who did not play because of a thigh injury.

A fit-again Lalrindika Ralte made a comeback when he replaced Joaquim Abranches in the second-half but the talented midfielder could hardly make any difference and East Bengal struggled to get a goal.

The Mateus Costa side, on the other hand, got their captain Odafa Okolie back in the playing XI after his surgery but the ace Nigerian struggled on the field and had to be replaced after just 12 minutes.

The city giants went into the match without Bhattacharya who had put in his papers accepting moral responsibility after their 1-3 debacle in Bengaluru that had virtually snuffed out their title hopes.

Without a manager, it was their goalkeeping coach Sanjay Majhi and assistant manager Debjit Ghosh who were in joint charge of affairs.

Trevor James Morgan has been re-appointed as the new head coach but the Englishman will take charge from next month's Federation Cup. 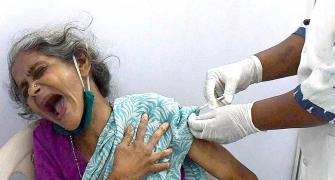