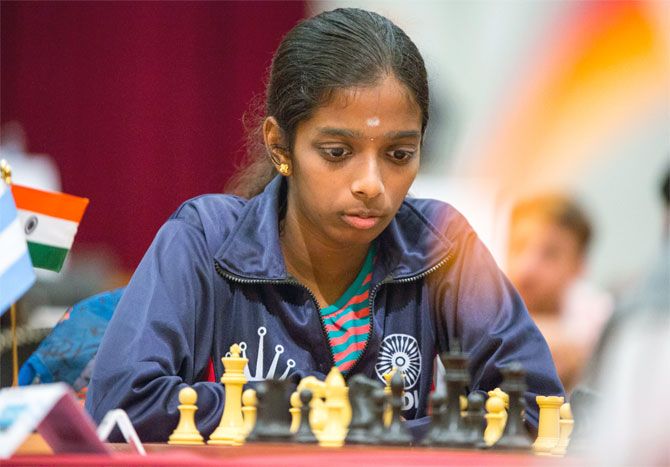 Young Indian Grandmaster Vaishali Rameshbabu on Thursday beat International Master Munkhzul Turmunkh of Mongolia to storm into the semi-finals of the first leg of FIDE chess.com Women Speed Chess Championships but the country's top player Koneru Humpy bowed out in the opener.

It was a comfortable win for the Indian against the Mongolian after her hard fought victory over former World champion Antaoneta Stefanova in the opening round.

Vaishali, who beat Turmunkh 7.5-3.5, faces Grandmaster Anna Ushenina in the semi-finals on Friday.

In another quarter-final, Valentina Gunina came back from 0-3 against World champion Ju Wenjun to win 7.5-3.5.

Earlier, Vaishali had pulled off an upset 6-5 win over Bulgaria's Stefanova late on Wednesday after having beaten strong players like Valentina Gunina and Alina Kashlinskaya in the qualifying stages.

Reigning World rapid champion Humpy, however, went down 4.5-5.5 to her Vietnamese rival Le Thao Nguyen Pham in the first round.

The scores were level at 3.5 points after the first two segments but the Vietnam player won the first two games of the final phase to secure a spot in the last eight.

Vaishali was delighted to put it across Stefanova.

"Yeah, it was great to play a former World champion and defeat her," she said.

"I was leading the match after one hour with 5.5-2.5 then in the bullet segment (but) internet got disconnected and I lost on time in an equal position," she said after managing to pip her rival in a close finish.

The Grand Prix will consist of four legs, with a total of 21 participants. Each of the 21 players participates in three out of four Grand Prix legs. Each GP is a 16-player knockout event. 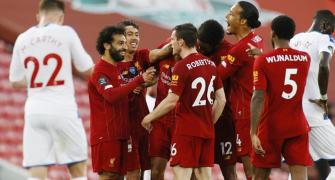 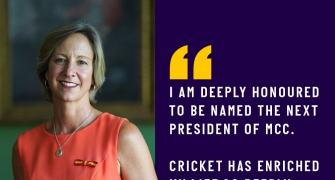