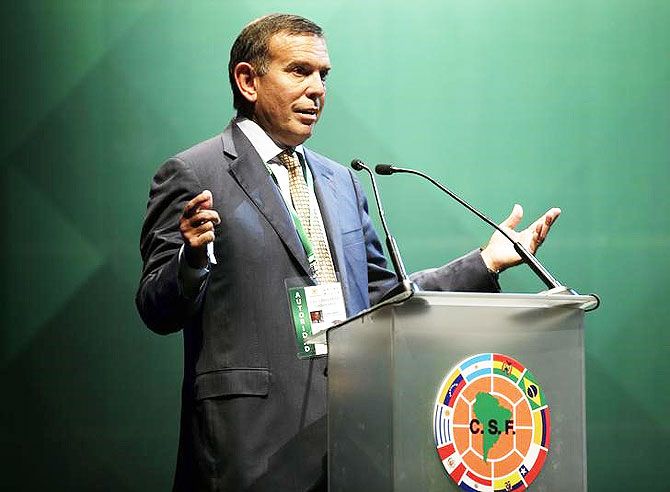 Soccer bosses from across South and Central America were among 16 people charged on Thursday with multimillion-dollar bribery schemes for marketing and broadcast rights, in a dismantling of a Latin American soccer network by US prosecutors.

Court documents showed that the heads of the CONMEBOL and CONCACAF associations that run soccer in the Western Hemisphere and others with top jobs in the world governing body FIFA were charged along with current and former chiefs of the Brazil Football Confederation (CBF), which hosted the 2014 World Cup finals.

A former president of Honduras, Rafael Callejas, and a judge on Guatemala's constitutional court, Héctor Trujillo, were named in the indictment. A source in the court said Trujillo was on vacation in the United States. Callejas, also a former Honduran soccer federation chief, said he was ready to defend himself in court.

CONCACAF acting president Alfredo Hawit of Honduras, a vice president of FIFA, and CONMEBOL head Juan Angel Napout of Paraguay were arrested in a pre-dawn raid by Swiss police at a hotel in Zurich near the headquarters of FIFA, which has been in turmoil since a first round of indictments and arrests last May.

Hawit was appointed by the Confederation of North, Central America and the Caribbean Association Football to replace Jeffrey Webb of the Cayman Islands who was himself arrested in Zurich in May. Webb, a former FIFA vice president, pleaded guilty last month to racketeering and other charges and agreed to forfeit $7.6 million, prosecutors said on Thursday.

A total of eight people had agreed to plead guilty since May, US authorities said, pointing to progress in the investigation.

US Attorney General Loretta Lynch said at a news conference in Washington that corruption had become deeply ingrained in the business of soccer.

She said "the betrayal of trust that is set forth here is truly outrageous, and the scale of corruption alleged herein is unconscionable."

For others who remain "in the shadows" of soccer, Lynch said, the message is: "You will not wait us out, and you will not escape our focus." 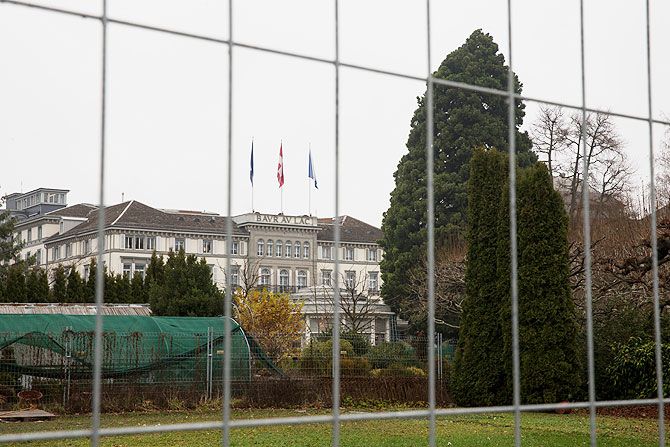 The United States is a member of CONCACAF and it was a longtime American soccer official, Chuck Blazer, who became an important cooperating witness after secretly pleading guilty in 2013 to criminal charges. Blazer was once CONCACAF general secretary and a former FIFA executive committee member.

The United States Soccer Federation said in a statement on the new charges that its hosting of the 2016 Copa America Centenario tournament would go ahead as planned. It said a committee created to govern the tournament "does not include these individuals and they were never in a position to make decisions that would adversely impact" the competition.

The Justice Department said that the new charges bring the total number of people and entities charged to 41. The soccer officials were charged with running schemes designed to solicit and receive more than $200 million in bribes and kickbacks to sell media and marketing rights for soccer tournaments and matches.

Ironically, a FIFA executive committee approval of a package of reforms in Zurich to clean up the scandalized organization was overshadowed by the arrests and new charges.

The former head of Panama's federation, Ariel Alvarado, was among those charged, according to the indictment, as was Reynaldo Vasquez, former soccer federation president of El Salvador. Alvarado served on the executive committee of CONCACAF and on FIFA's disciplinary committee.

Alvarado said in a statement later on Thursday that he is "convinced that every one of the charges against me will be cleared up."

CONMEBOL said it would "continue co-operating at all times with the investigation of authorities, and will continue deepening administrative reforms..."

In a similar statement, CONCACAF said the developments strengthened its "resolve in continuing to enact significant structural and governance changes..."

FIFA said it would continue to cooperate fully with US and Swiss justice authorities. 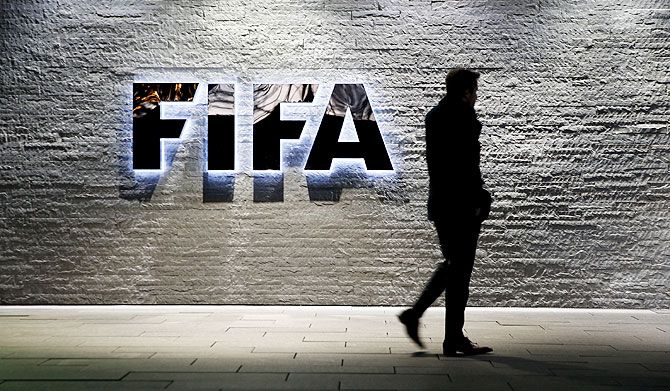 In Miami on Thursday, FBI agents searched the office of Media World, an affiliate of Spanish media giant Imagina Group. Media World was one of the unidentified sports marketing companies mentioned in a U.S. indictment in May as having agreed to pay a bribe to a high-ranking soccer official in the Americas, sources told Reuters in July.

Imagina said in a statement it was cooperating.

The raid on the Baur au Lac hotel in Zurich echoed arrests at the same place in May that plunged FIFA into crisis. The avalanche of corruption allegations prompted FIFA President Sepp Blatter to say he would resign, only days after being re-elected to a fifth term.

Blatter, his deputy Jerome Valcke and European soccer boss Michel Platini have all been suspended by an internal ethics watchdog. None of them has been charged with a crime, and all deny any wrongdoing.

In parallel investigations, Swiss and U.S. authorities are focusing on whether certain business contracts or the World Cup hosting rights for 2018 in Russia and 2022 in Qatar were won with the help of bribery.

© Copyright 2021 Reuters Limited. All rights reserved. Republication or redistribution of Reuters content, including by framing or similar means, is expressly prohibited without the prior written consent of Reuters. Reuters shall not be liable for any errors or delays in the content, or for any actions taken in reliance thereon.
Related News: FIFA, CONCACAF, Lac Zurich, CBF, Alfredo Hawit of Honduras
COMMENT
Print this article