Giant-killer Varma took just 47 minutes to knock the stuffing out of his higher-ranked Thai opponent 26-24, 21-13.

Unseeded Varma will now face second seed and former World and Oympic champion Taufik Hidayat of Indonesia in the summit clash on Sunday.

Varma had earlier stunned fourth seed Tommy Sugiarto of Indonesia in the third round before accounting for another seeded player Yun Hu of Hong Kong (7th) in the quarter-finals.

Meanwhile, it was curtains for India's mixed doubles pair of V Diju and Jwala Gutta as they went down to Muhammad Rijal Debby Susanto of Indonesia in the semi-finals.

The fourth seeded Indian pair were no match for their Indonesian rivals, going down 15-21, 12-21 in just 27 minutes. 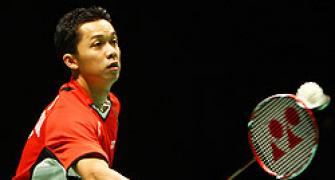 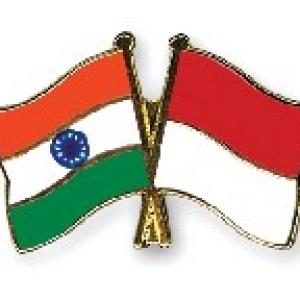 India keen to scale up economic ties with Indonesia: Sharma