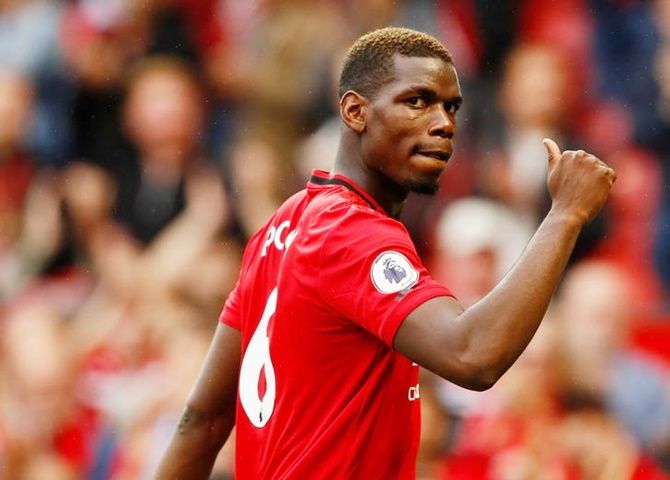 After a close season in which he said he wanted to leave the club but ended up staying at Old Trafford, all eyes were on Paul Pogba as Manchester United began their Premier League campaign on Sunday.

Yet following a 4-0 home win over Chelsea, in which the French midfielder set up the third and fourth goals, manager Ole Gunnar Solskjaer was full of praise for the former Juventus star.

Pogba played in a three-man midfield operating in a relatively deep role where he was penned back by Chelsea in the first half and struggled at times with his passing.

But after the break, Pogba showed his quality with a superb through ball to Marcus Rashford to score the third and then led a counter-attack himself to set up Dan James for the fourth.

"He's a top, top lad and such a pro and loves playing football and when he gets onto that pitch or behind closed doors, he grows more here (at Old Trafford), he's a World Cup winner," said Solskjaer.

"He's come so far in his career and there's no point letting yourself down. He lost it a couple of times but that doesn't matter. Get on the ball and play," he said.

The Norwegian said that he had asked Pogba, rumoured to be heading to Real Madrid or Juventus during the close season, to play a clear defensive role alongside Scott McTominay and Andreas Pereira.

"Paul can do many many many jobs, he can do an attacking midfield job and today he's more of a link player and when you've got (Victor) Lindelof, (Harry) Maguire and David (de Gea) at the back, they can feed Paul the ball, so he'll get it in good positions.

"Paul can do everything a midfielder can. Today, he was asked to play that sitting role and in the first half I thought Chelsea pegged us too much back so he had to do loads of running.

"But we're fit and he's fit and that is a fantastic pass for the third goal and the run for the fourth, I just wanted him to go all the way," added Solskjaer.

Though pleased with the performances of new signings Harry Maguire, Aaron Wan-Bissaka and Dan James, Solskjaer still accepted his team remained far from the level he wants them to reach.

"This is a work in process, the boys have been excellent since July 1 and have been fit enough to implement what we wanted to," he said.

"This is just the start. The more we get to play with each other and show we're a team, we'll improve." 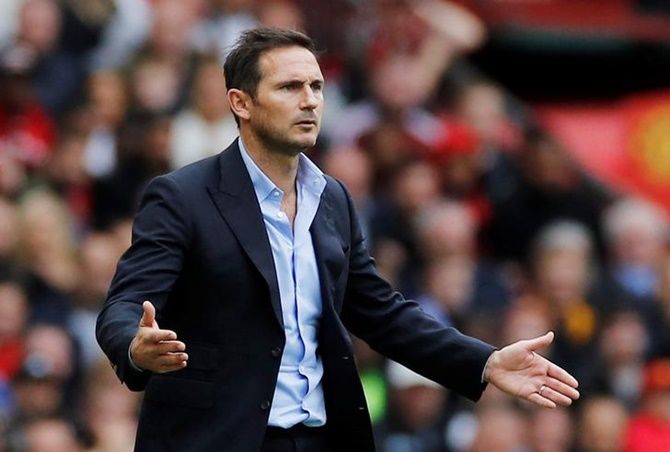 Chelsea manager Frank Lampard's Premier League debut as manager of the club with whom he enjoyed so much success as a player ended in a 4-0 defeat at Manchester United on Sunday and the 41-year-old accepting his team had received a 'reality check'.

Lampard took over from Italian Maurizio Sarri in July, returning to the west London club where the midfielder won three league titles and a host of other trophies in his 13 years.

The visitors hit the woodwork twice in the first half but were 1-0 down by the break and then conceded two quick goals as Lampard suffered the heaviest defeat by a Chelsea manager in their first game in charge since Danny Blanchflower lost 7-2 at Middlesbrough in 1978.

"We are missing internationals and big players but I don’t want that excuse," said Lampard.

"The team we put out today was clearly competing in the game for long periods but we made four mistakes and they were clinical in the way they put them away. There's a reality check for us all," he said.

Tammy Abraham and Emerson struck the frame of the goal before halftime and Chelsea played some attractive football until United's powerful counter-attacking play exposed the away side's defensive weaknesses.

"They are a counter-attacking team, it’s a big strength, they have pace and if you turn over the ball or give them opportunities they will counter," said Lampard.

"For massive parts of the game we didn’t allow them to do that. We were the ones winning the ball back, but our final ball wasn't great. We were so comfortable in the first half, so loads of lessons for us.

"We can't make unforced errors and mistakes at this level. At the same time, it was nowhere near a 4-0," he added.

Lampard was reluctant to dwell on the positives for his team but was justified in his view that the scoreline did not reflect his team's performance with the ball.

"Four mistakes for the goals, but we controlled major parts of the first half. We hit the woodwork, poor decisions in the final third when we should be able to get shots away, we should be in the lead at halftime," he said.

"Early in the second half I didn't mind it -- and then two mistakes for their second and third goals - it's much easier for them to play at 3-0 up. At 1-0, we were the better team, but I can't stand here and look happy with that."

© Copyright 2021 Reuters Limited. All rights reserved. Republication or redistribution of Reuters content, including by framing or similar means, is expressly prohibited without the prior written consent of Reuters. Reuters shall not be liable for any errors or delays in the content, or for any actions taken in reliance thereon.
Related News: Chelsea, Frank Lampard, Paul Pogba, Manchester United, Ole Gunnar Solskjaer
SHARE THIS STORYCOMMENT
Print this article 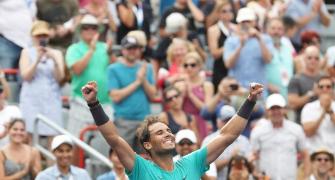 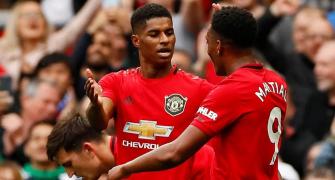 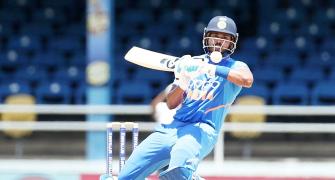 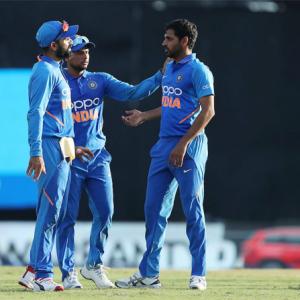