Goalkeeper Gianluigi Buffon has returned to Italian champions Juventus for one more season after a year at French club Paris St Germain.

The 41-year-old has made 640 appearances in Serie A, within striking distance of the 647-game record of AC Milan defender Paolo Maldini. Buffon began his career at Parma before moving to the Turin club in 2001.

Italian media reported that Buffon, also capped by Italy 176 times, will not replace Wojciech Szczęsny as first-choice goalkeeper for Juventus but serve as a back-up.

"Probably each of us hoped, and in the end, knew that the ties that bound us for so many years were not destined to break. And that was the case," the club said in a statement.

Premier League champions Manchester City smashed their transfer record on Thursday with the signing of Spanish international midfielder Rodri on a five-year deal from Atletico Madrid.

The La Liga club announced on Wednesday that City had paid a 70 million euro ($79 million) buyout clause for the tall 23-year-old. City confirmed on their website that Rodri was a record signing.

"Rodri has proven himself to be a hugely talented, young midfielder, who has all the attributes we are looking for," City's director of football Txiki Begiristain told the City website.

"He works hard defensively, makes himself available to receive the ball and uses it well when in possession. He is a perfect fit for Pep Guardiola’s team and we are confident he will be a success."

City became the first side to claim the English treble of the league championship as well as the FA Cup and League Cup last season.

"What City have achieved in the last two years has been amazing and I’m looking forward to being part of such a talented squad," said Rodri, who has been compared to Barcelona's Spain midfielder Sergio Busquets.

"It’s not just the titles they have won, but the way they have managed it, playing attacking football at all times. It’s a style that excites me, as do the Club’s ambitions."

City said the defensive midfielder, seen as a long-term successor to 34-year-old Brazilian Fernandinho, would play in the number 16 shirt.

The squad number was used by Argentine forward Sergio Aguero, who also joined from Atletico Madrid, from 2011 to 2015 and has been vacant since.

Financial details of the deal were not disclosed but British media reported that Leicester would pay Newcastle 30 million pounds ($37.7 million) for the 25-year-old Spaniard.

Perez, who joined Newcastle from his hometown club Tenerife in 2014, was the Premier League club's top scorer last season with 12 league goals.

"Leicester City Football Club is delighted to confirm the signing of Spanish forward Ayoze Perez for an undisclosed fee, subject to Premier League and international clearance," Leicester said in a statement on their website https://www.lcfc.com/news/1263589/leicester-city-sign-ayoze-prez-from-newcastle-united/press-release

"Perez is one of the Premier League's most exciting talents, with pace, trickery and an eye for goal that will add plenty to City's attacking ranks ahead of their top-flight opener at home to Wolverhampton Wanderers on Sunday August 11."

The forward is Leicester manager Brendan Rodgers' second signing of the close season following the arrival of defender James Justin from Luton Town.

Serie A runners-up Napoli have signed Colombian goalkeeper David Ospina on a permanent transfer after a season's loan from Arsenal, both clubs said on Thursday.

The 30-year-old is Colombia's most capped goalkeeper with 98 international appearances, including the 2014 and 2018 World Cups.

He played 70 games for Arsenal, including the 2017 FA Cup final win over Chelsea, after joining from French club Nice in 2014.

British media reported the deal was worth 3.5 million euros ($3.95 million).

Herrera promises passion as he signs for PSG

Paris St Germain have signed free agent Ander Herrera on a five-year deal after the Spanish midfielder ran down his contract with Manchester United, the French champions said on Thursday.

Herrera, 29, joined United from Athletic Bilbao in 2014 but confirmed in May that he would not extend his contract with the Premier League club.

"It keeps on improving and competes to win every possible title.

"I was looking forward to coming to Paris and to wearing those colours ... Joining this club is an amazing feeling.

"Paris is the most beautiful city in the world. I promise three things: work, professionalism and passion."

Herrera, who came through the ranks at Real Zaragoza before joining Athletic Bilbao, made 189 appearances for United in all competitions and scored 20 goals. He won the FA Cup, League Cup and Europa League in his time at the English club.

© Copyright 2020 Reuters Limited. All rights reserved. Republication or redistribution of Reuters content, including by framing or similar means, is expressly prohibited without the prior written consent of Reuters. Reuters shall not be liable for any errors or delays in the content, or for any actions taken in reliance thereon.
Related News: Rodri, Leicester, Ayoze Perez, Gianluigi Buffon, Manchester City
SHARE THIS STORYCOMMENT
Print this article 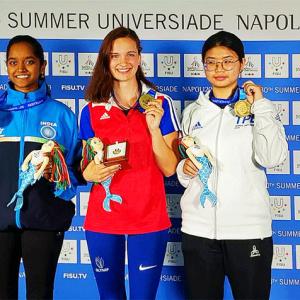 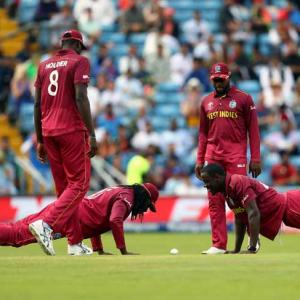