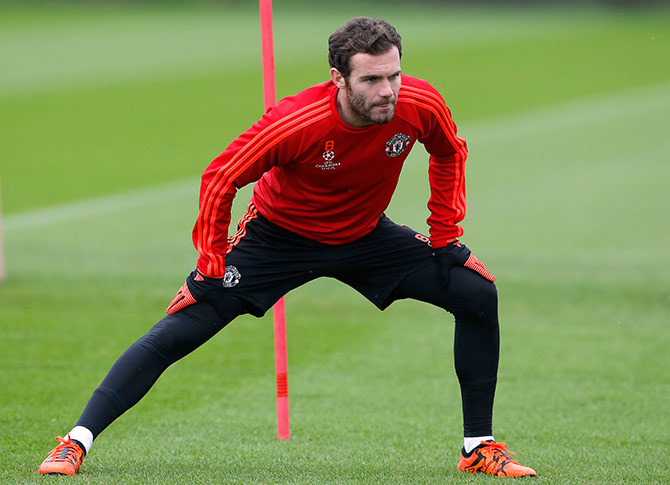 IMAGE: Juan Mata has made 218 appearances for United in all competitions, scoring 45 goals and has won the FA Cup, a League Cup and the Europa League. Photograph: Carl Recine Livepic/Action Images via Reuters

United said Mata, whose current deal was set to expire this month, had agreed to remain with the 20-times league champions for two more years with the option to extend for another year.

"It is a real honour to continue to represent this amazing club and our incredible fans. I have been at Manchester United for five years and I am proud to call Old Trafford my home," Mata said in a statement https://www.manutd.com/en/news/detail/juan-mata-signs-new-contract-to-stay-at-man-united on the club's website.

Mata said United manager Ole Gunnar Solskjaer had a "truly exciting vision" for the club as they look to improve on their disappointing sixth-placed finish last season.

"I'm looking forward to working with Ole and his fantastic coaching staff. The vision that they have for the club is truly exciting and I'm so happy I'll be a part of that," he said.

Mata has made 218 appearances for United in all competitions, scoring 45 goals and has won the FA Cup, a League Cup and the Europa League.

"Juan is the ultimate professional and one of the most intelligent players I have worked with," Solskjaer said.

"He's a great example to younger players in his approach. He understands what it means to be a United player and has embraced everything about this great club."

United begin their 2019-20 league campaign with a clash against Mata's former club Chelsea on August 11.

Manchester City defender Kyle Walker has signed a two-year extension to his current contract which will keep him at the club until the end of the 2023-24 season, the Premier League champions announced on Wednesday.

Walker, who was signed from Tottenham Hotspur in 2017 for a reported fee of 50 million pounds ($62.97 million), has won two league titles with the club after establishing himself as manager Pep Guardiola's first choice right back.

"I'm thrilled to have signed a new deal," England international Walker said in a statement on City's website.

"Playing for City has been everything I'd hoped it would be and more.

"It was an easy decision. I want to be competing for trophies, playing at the highest level, and I feel I have improved hugely as a player during my time here."

The 29-year-old made 52 appearances in the last campaign as City won an unprecedented domestic treble, taking his personal trophy haul at the club to five in two seasons.

"His strength, speed and ability have been vital to our accomplishments," City's director of football Txiki Begiristain said.

"He's a key member of the squad.

"His experience is invaluable, particularly to the younger members of the team, and his contribution will be crucial in our efforts for continued success."

City kick off their Premier League title defence next season with an away trip to West Ham United on August 10.

"...Bayern and Dortmund reached a basic agreement for the transfer of the central defender. It was agreed not to release details regarding the transfer." Bayern said in a statement.

German media reported that the transfer, which is subject to a medical, was worth around 38 million euros ($42.59 million).

He was dropped from the Germany team along with fellow 2014 world champions and Bayern players Thomas Mueller and Jerome Boateng in March as part of an overhaul of the squad.

Hummels had also lost his automatic starting place at Bayern amid growing competition for a place in central defence.

He was part of the Dortmund team that won the league in 2011 and 2012 as well as the German Cup in 2012 and they also reached the 2013 Champions League final when they lost to Bayern.

Dortmund, who were runners-up in the league last season, will compete in the Champions League group stage next term.

Inter Milan have taken up the option to sign Italy international Matteo Politano from Sassuolo on a permanent basis, the Serie A club said on Wednesday.

The 25-year-old joined Inter last summer on an initial one-year loan deal and made an instant impact, scoring five goals in 36 Serie A appearances. 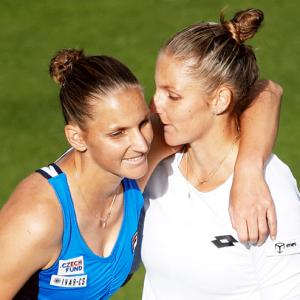 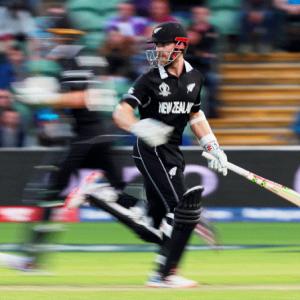