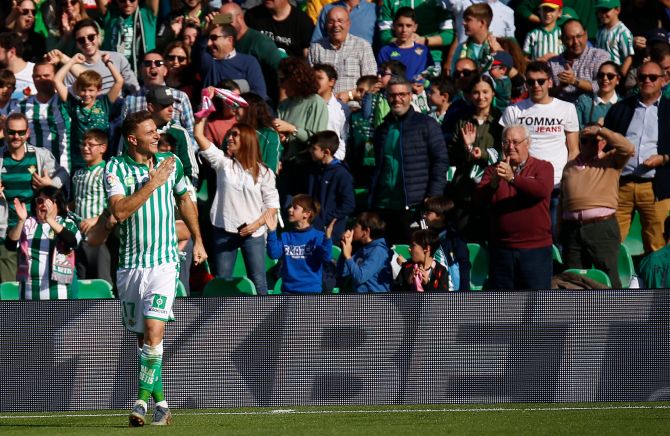 Real Betis captain Joaquin Sanchez wrote himself into the history books on Sunday with a treble against Athletic Bilbao which meant he became the oldest player to score a hat-trick in La Liga.

The midfielder, 38, who is in his second spell with boyhood club Betis, gave his side the lead against Athletic in the second minute before striking again in the 11th.

He made it 3-0 with a superb first-time finish into the bottom corner in the 20th minute, scoring his first ever treble in a competitive game, more than 19 years after making his professional debut.

It was Joaquin's fifth goal in the last three games and saw him overtake the late Alfredo di Stefano as the oldest player to score a La Liga hat-trick, whose last treble was in 1964 when he was 37.

Athletic hit back through a Inaki Williams penalty to make it 3-1 before halftime and Yuri Berchiche further reduced the deficit in the second period but Betis held on to record a third consecutive win which took them up to 11th in the standings.

"I have never been a big goalscorer so to score three goals against a side like Athletic makes me very proud, especially at my age which makes it even harder," Joaquin told reporters.

"It's the first hat-trick of my life and I don't think I'll be able to get another one."

Genoa's Pandev scores from 40 metres, later sent off in 2-2 draw 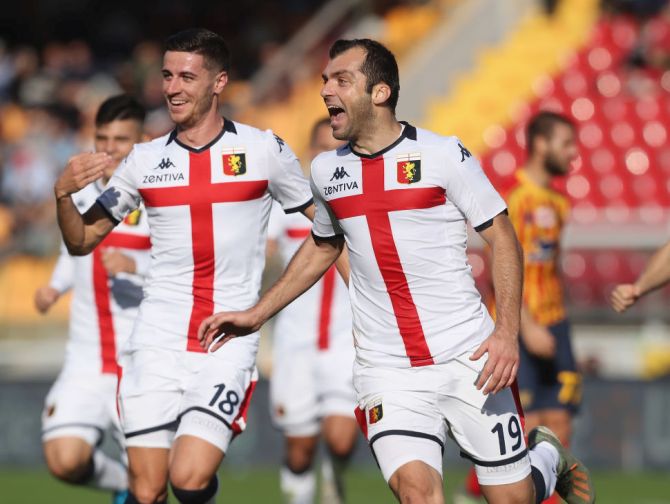 IMAGE: Genoa's Goran Pandev (right) celebrates after scoring his team's opening goal during their Serie A match against US Lecce at Stadio Via del Mare in Lecce, Italy, on Sunday. Photograph: Maurizio Lagana/Getty Images

Genoa’s veteran striker Goran Pandev scored a remarkable goal from near the halfway line but turned villain in the second half when he was booked twice in four minutes and sent off in a dramatic 2-2 draw at Lecce on Sunday.

Genoa, who led 2-0 at halftime, finished with nine men in the Serie A relegation battle while Lecce drew 2-2 for the third successive home game.

Pandev struck in the 31st minute when Lecce goalkeeper Gabriel sent a clearance straight to him and the North Macedonian controlled the ball on his chest and immediately sent a long, looping shot into the net from around 40 metres.

The 36-year-old also won the penalty which Domenico Criscito converted in first-half stoppage time to make it 2-0.

Genoa nearly had a third in the 57th minute when Kevin Agudelo had only Gabriel to beat but the Brazilian stuck out his foot to save the shot in what proved the game’s turning-point.

Filippo Falco pulled one back with a curling shot on the hour, then Genoa had Agudelo sent off and Andrea Tabanelli equalised in the 70th minute. Pandev was booked for diving in the 73rd minute and then received his marching orders for a clumsy tackle shortly afterwards.

Genoa are 18th in the 20-team table with 11 points, four fewer than promoted Lecce.

Fiorentina's miserable season continued on Sunday when Torino beat them 2-1 in their fourth successive defeat in Serie A.

Simone Zaza ended an early spell of pressure for Torino by scoring with a diving header from Cristian Ansaldi's cross in the 21st minute and Ansaldi himself added the second goal with a low shot in the 72nd minute.

Martin Caceres pulled one back for Fiorentina in stoppage time and Federico Chiesa nearly grabbed an unlikely equaliser but his effort was deflected wide.

Fiorentina, who narrowly avoided relegation last season, are under new ownership after American billionaire Rocco Commisso bought the club from the Della Valle family. The defeat left them 13th with 16 points, increasing the pressure on coach Vincenzo Montella, while Torino are eighth.

Surprise package Cagliari stayed fourth, ahead of AS Roma on goal difference, when they hit back from two goals behind to draw 2-2 at Sassuolo, who missed a second-half penalty

Domenico Berardi and Filip Djuricic put the hosts 2-0 ahead by halftime but Joao Pedro headed one back six minutes after the restart and Daniele Ragatzu equalised in the final minute.

It was the 28-year-old Ragatzu's first Serie A goal since March 2010 when he scored for Cagliari against Bologna. Since then, he has played for six different clubs, with several seasons in the lower divisions.

Berardi missed a 66th-minute penalty in between the two Cagliari goals.

Forward Mario Balotelli gave struggling Brescia a 1-0 win at SPAL to lift them off the bottom of the Serie A table on Sunday as Eugenio Corini took charge of the team again little more than a month after being sacked.

Coach Corini, who lifted Brescia out of Serie B last season, was fired following a defeat at Verona but then rehired after his replacement Fabio Grosso lost all three games in charge, without his team scoring a goal, and was himself dismissed.

Grosso also dropped maverick forward Balotelli for one match, saying he had not put in enough effort in training.

Balotelli scored the only goal in the 54th minute of the meeting between Serie A's bottom two sides, tapping in from close range, after SPAL goalkeeper Etrit Berisha had blocked two shots in succession, for his third goal of the season.

SPAL won a penalty in the 74th minute but Andrea Petagna saw his effort saved by Jesse Joronen.

Former Manchester City, Inter Milan and AC Milan forward Balotelli has struggled since joining Brescia this season and was also the victim of racist insults at Verona.

"I saw a mature player," said Corini when asked about Balotelli's performance.

"Sometimes he drops off a bit but I want him connected for the whole game. If he learns to play collectively, he'll have even more fun."

Balotelli was asked about a possible Italy recall for Euro 2020. "Everyone wants to play in the European championship but for me the important thing is to save Brescia. That's what is in my head," he said.

Brescia moved up to 19th in the 20-team table with 10 points, one ahead of SPAL.

© Copyright 2020 Reuters Limited. All rights reserved. Republication or redistribution of Reuters content, including by framing or similar means, is expressly prohibited without the prior written consent of Reuters. Reuters shall not be liable for any errors or delays in the content, or for any actions taken in reliance thereon.
Related News: SPAL, Mario Balotelli, La Liga, Genoa, Goran Pandev
SHARE THIS STORYCOMMENT
Print this article 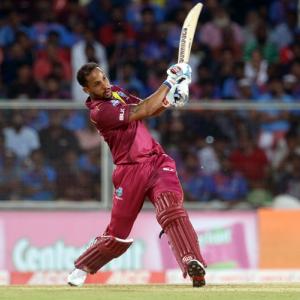 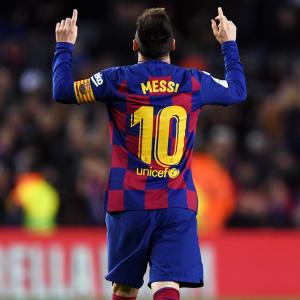