Images from football matches played across Europe on Sunday. 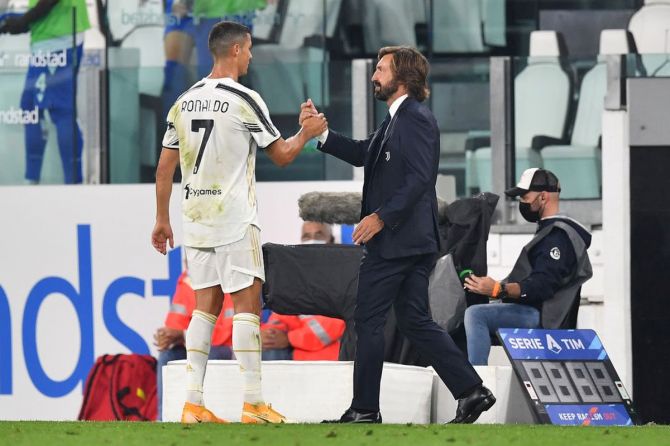 Andrea Pirlo got his coaching career off to a winning start as his Juventus side began their quest for a 10th successive Serie A title with a 3-0 win over Sampdoria on Sunday.

Dejan Kulusevski, signed from Atalanta, scored on his debut in the 13th minute with only his sixth touch of the ball in a Juventus shirt before defender Leonardo Bonucci and Cristiano Ronaldo added two more in the last 15 minutes.

Former Milan and Juventus midfielder Pirlo had no senior coaching experience before he was surprisingly chosen to replace Maurizio Sarri in August, and only got his coaching badge last week.

His first match pitted him against one of Serie A's most experienced and wily characters, 68-year-old Claudio Ranieri.

United States midfielder Weston McKennie, signed from Schalke 04, also made his Juventus debut and Gianluca Frabotta made only his second appearance as Pirlo reshuffled the side.

Like Sunday's other Serie A matches, a smattering of fans watched the game after the Italian government authorised up to 1,000 spectators at matches for the first time since March.

As expected, Pirlo's side began with an aggressive high press and the pressure quickly paid off.

Ronaldo burst into the Sampdoria area and, although his run was blocked, the ball ran loose to Kulusevski who curled a precise low shot into the far corner.

Ronaldo also smacked his shot against the crossbar and then sidefooted wide following a neat exchange of passes as Juve dominated possession.

But, as expected from a Ranieri team, Sampdoria, who spent most of last season in the drop zone, were awkward opponents and it took Juventus until the last 15 minutes to finish them off.

Sampdoria failed to clear a corner, McKennie's effort was saved by Emil Audero, Bonucci snapped up the rebound and celebrated with his familiar gesture that suggests his critics should wash their mouths out.

Ten minutes later, Aaron Ramsey released Ronaldo and the Portuguese opened his account for the season by drilling his shot into the far corner.

Napoli pounce on Parma mistakes as spectators return to Serie A IMAGE: A smuttering of fans inside the Stadio Ennio Tardini in Parma before the Serie A match betweeen Parma and Napoli. Photograph: Alessandro Garofalo/Reuters

Napoli pounced on two defensive mistakes to win 2-0 at Parma in their opening match of the season on Sunday as spectators returned to Serie A for the first time since March.

Dries Mertens and Lorenzo Insigne got Napoli's campaign off to a winning start with second-half goals shortly after club record signing Victor Osimhen was brought on for his debut.

A smattering of fans, wearing masks and widely spaced apart, watched the game at the Stadio Tardini after the Italian government agreed to allow up to 1,000 spectators at matches from Sunday for the first time since the COVID-19 lockdown.

A cagey first half produced no real chances but Napoli came to life after Nigerian Osimhen, signed from Lille in the summer, was brought on in the 61st minute.

Two minutes later, Hirving Lozano crossed the ball into the area and Parma defender Simone Iacoponi headed his attempted clearance straight to the feet of Mertens who fired past Luigi Sepe from 15 metres.

Insigne struck the post from Osimhen's flick before Parma gifted Napoli a second goal. Lozano intercepted a pass out of the Parma defence, his shot was saved by Sepe but Insigne snapped up the rebound in the 77th minute.

Parma, playing their first match under coach Fabio Liverani, did little to impress new president Kyle Krause, chief executive of the U.S.-based Krause Group which took over the club on Friday.

Mattia Destro and 37-year-old Goran Pandev put them 2-0 ahead inside 10 minutes before Emmanuel Riviere pulled one back for the visitors before the half hour.

Davide Zappacosta, making his debut on loan from Chelsea, made it 3-1 with a solo goal in the 34th minute and Marko Pjaca, signed on loan from Juventus on Saturday, added the fourth in the 75th.

Sassuolo midfielder Mehdi Bourabia curled in an 87th-minute free kick to salvage a 1-1 draw at home to Cagliari, who were playing their first match under former AS Roma coach Eusebio Di Francesco.

Giovanni Simeone gave the Sardinians the lead with a diving header from Joao Pedro's cross in the 77th minute and had a goal disallowed for offside three minutes later. 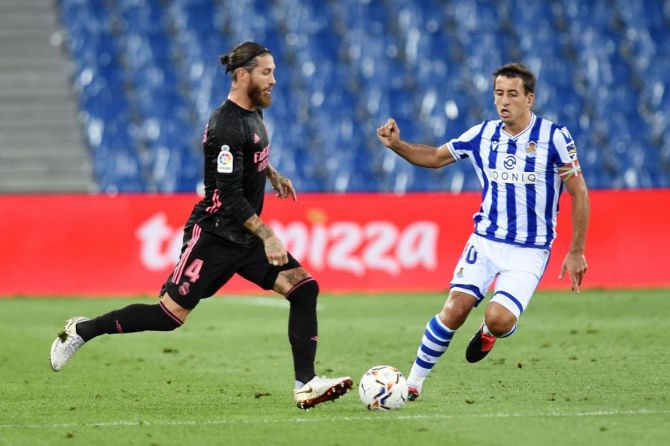 Real Madrid had an underwhelming return to La Liga as they could only draw 0-0 away to Real Sociedad on Sunday in the first game of their title defence.

The champions looked rusty and particularly toothless up front, barely creating any chances of note in either half as Karim Benzema found little support in Brazilian teenage forwards Vinicius Jr. and Rodrygo.

Sociedad looked more likely to score in either half, with Sweden forward Alexander Isak forcing Real keeper Thibaut Courtois to save with his feet before flashing a shot narrowly over the bar before halftime.

Lively winger Ander Barrenetxea was inches away from breaking the deadlock early in the second period but fired just wide of the far post.

Benzema missed Real's best chance of the first half when he lost his footing as he rounded goalkeeper Alex Remiro and later saw a goal-bound shot blocked by a dive from Sociedad defender Aritz Elustondo.

Madrid keeper Courtois said he was pleased with his side's performance all in all.

"We're happy with how organised we were and how we didn't allow them many chances but the problem was that we couldn't score, we struggled to complete our final passes," he said.

"We were looking strong even though it was our first game, we played with a high level of intensity although we found it more difficult in the second half but in general we can be happy with how our first game has gone."

Real spent their brief close season moving on a number of unwanted players such as Gareth Bale, James Rodriguez, Achraf Hakimi and Sergio Reguilon but the only new additions were returning loanees Martin Odegaard and defender Alvaro Odriozola.

Odegaard started against Sociedad, where he had a highly successful spell last season, but Real were unable to properly command the middle of the park without Casemiro, who started on the bench before coming on in the second half.

Substitute Marvin, 20, could have had a dream Madrid debut when a chance fell his way after coming on but failed to keep his composure.

Sociedad's David Silva made his first La Liga appearance in a decade when he came on as a substitute in the second half.

Real Betis continued their perfect start under new coach Manuel Pellegrini as they beat Real Valladolid 2-0 at home on Sunday for a second win in a row.

Nabil Fekir put Betis ahead in the 10th minute while Portuguese midfielder William Carvalho promptly extended their lead in the 18th with a volley from outside the area.

The hosts comfortably saw out the victory to add to last week's last-gasp win at Alaves.

Elsewhere, Granada notched a third consecutive win in all competitions by beating Alaves 2-1 at home thanks to a late winner from Darwin Machis after Alaves striker Joselu had cancelled out an early opener from veteran Roberto Soldado.

Granada had gone into the game in a confident mood after thrashing Albanian side Teuta 4-0 in a Europa League qualifier, which followed their 2-0 opening-day win over Athletic Bilbao.

Earlier, Cadiz earned their first win in the top flight for 14 years by beating Huesca 2-0 away with goals in either half from Alvaro Negredo and Jorge Pombo.

RB Leipzig eased past Mainz 05 3-1 in their Bundesliga opener on Sunday to enjoy a successful start to league life without striker Timo Werner.

Werner joined Chelsea in the close season and missed their run to their Champions League semi-finals in August but Leipzig had little trouble finding the back of the net against Mainz, striking twice in four minutes.

Emil Forsberg converted a 17th-minute penalty for a foul on Dani Olmo and Yussuf Poulsen rose high to drill in a header for the second goal.

With Mainz struggling to find ways of stopping Leipzig, Forsberg almost scored again on the half hour mark when he dribbled past two opponents but his clever flick bounced off the post.

Mainz cut the deficit three minutes after the restart when Quaison threaded a ball through the entire Leipzig defence for Jean-Philippe Mateta to score with a fine finish.

Any hopes of a comeback lasted only three minutes, however, with Amadou Haidara tapping in a Forsberg assist in the 51st to restore Leipzig's two-goal cushion.

"On the first matchday it is all about starting the season well," said Leipzig coach Julian Nagelsmann. "It is important to live up to your own expectations. We wanted to show from the start that we are fully there."

Wolfsburg and Bayer Leverkusen played out the only goalless draw of the opening matchday, with the Wolves repeatedly coming close in the first half and Leverkusen taking control after the break.

It was also the first time after 35 consecutive games against Wolfsburg that Leverkusen failed to score.

Champions Bayern Munich opened their season with an impressive 8-0 demolition of Schalke 04 on Friday.

Olympique de Marseille needed a late goal from substitute Valere Germain, an excellent performance from goalkeeper Steve Mandanda and some help from the woodwork to salvage a 1-1 draw at home to Lille in Ligue 1 on Sunday.

The visitors dominated the first half and finally went ahead two minutes after the restart when Luiz Araujo collected a pass from Jonathan Bamba, cut inside his marker and slotted a low shot into the far corner.

Mandanda then made key saves from Araujo and Jonathan David while Burak Yilmaz and Araujo also hit the woodwork in a spell of intense Lille pressure.

But Lille sat back in the closing minutes and paid the price when Germain equalised from a corner with five minutes remaining.

Lille, fifth in the standings, remained unbeaten after four games with eight points while Marseille are one point behind in seventh.

© Copyright 2022 Reuters Limited. All rights reserved. Republication or redistribution of Reuters content, including by framing or similar means, is expressly prohibited without the prior written consent of Reuters. Reuters shall not be liable for any errors or delays in the content, or for any actions taken in reliance thereon.
Related News: Juventus Cristiano Ronaldo, Napoli, Leipzig, Andrea Pirlo, Mainz
COMMENT
Print this article 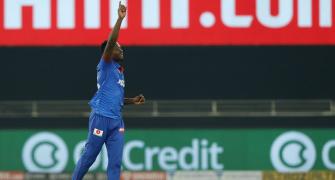 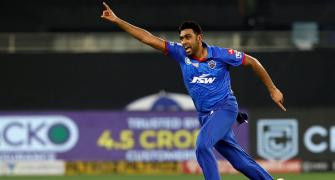 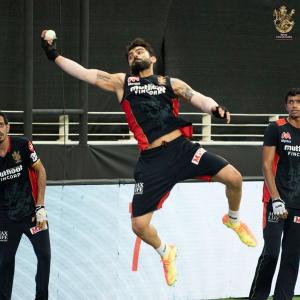 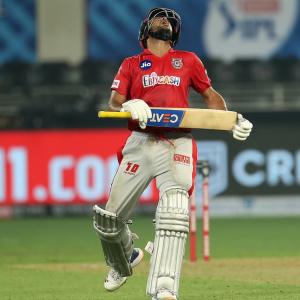