Real Madrid's Karim Benzema struck a last-gasp winner as the visitors recovered from two goals down to beat title rivals Sevilla 3-2 in a thrilling LaLiga clash on Sunday that took Carlo Ancelotti's side a step closer to winning the title.

The victory means Real now have a 15-point lead at the top over closest rivals Barcelona, who have two games in hand, Sevilla in third and fourth-placed Atletico Madrid, who earlier beat Espanyol 2-1, with six rounds of matches remaining.

"Everyone is waiting for Real Madrid to stumble, but Real Madrid don’t stumble because we have heart and character. LaLiga is not finished, but we have taken a big step," said Ancelotti.

It was a tale of two halves as Sevilla dominated the first but disappeared after the break in a match that was marked by several controversial decisions by referee Guillermo Cuadra.

He did not give a penalty for what looked to be a clear handball by Sevilla defender Diego Carlos after 17 minutes and then declined to show Real's Eduardo Camavinga a second yellow card for a foul from behind on Antony Martial in the 37th.

The referee also disallowed Vinicius Jr's equaliser for Real for a marginal handball decision in the 78th minute, sticking by his call after being sent to the pitchside monitor by VAR.

“We did it even after a lot of controversy because we don't understand how the ref can call a handball by Vinicius and not call it for Diego Carlos," Ancelotti told a news conference.

Sevilla got in front early in the first half after two mistakes from Real defender Eder Militao in a four-minute span.

First, Rakitic fired a free-kick through the Real wall to open the scoring in the 21st after Militao left a gaping hole and four minutes later the Brazilian let Jesus Corona run behind the defence to cross for the unmarked Lamela to make it 2-0.

After Camavinga's close call for fouling Martial, Ancelotti brought off the young French midfielder at the break for Rodrygo, a move that changed the game in Real's favour as the Brazilian gave a superb performance off the bench.

He scored Real’s first goal five minutes into the second half, started the move that ended with fellow substitute Nacho netting the second in the 82nd and 10 minutes later crossed for LaLiga top scorer Benzema to fire home the winner.

It was Benzema's 25th goal this season, his best tally in a single league campaign in his Real career - surpassing the 2015-16 season when scored 24.

“The players didn’t lose their heads after two mistakes and they are responsible for this incredible come from behind win," added a relieved Ancelotti.

"This team doesn't surprise me but what happened in the second half leaves me very proud. I want to thank all the players."

Bayern edge closer to Bundesliga title after win at Arminia

Bundesliga leaders Bayern Munich restored their nine-point cushion at the summit of the standings with a solid 3-0 victory at relegation-threatened Arminia Bielefeld on Sunday, taking them within touching distance of a 10th straight league crown.

With only four games left, the Bavarians rebounded after their shock Champions League exit and regained their lead over second-placed Borussia Dormund, against whom they can win the title in next weekend's Der Klassiker in Munich.

Bayern took the lead with 10 minutes on the clock after Alphonso Davies squared for Robert Lewandowski, who took a touch before Arminia defender Jacob Barrett Laursen helped the ball over the line, with the goal confirmed after a VAR review.

The visitors doubled their advantage with the last kick of the opening period through Serge Gnabry who chased Kimmich's pass from the right and hit a brilliant-first time volley. The second goal was also allowed following a check for offside.

Julian Nagelsmann's side added gloss to the scoreline with five minutes remaining as Kimmich sprayed the ball left for Lewandowski, and the Polish forward passed to substitute Jamal Musiala to finish a sweeping counter-attack from close range.

"A win always feels better than a loss since we experienced one on Tuesday. It's good for the heads, of course before an important game... before the Klassiker," Gnabry said.

"We have the chance to become champions at home. We've done the work today and we need to finish it next week."

Frank Kramer's Arminia started brightly but Bayern soon took control of the contest and the hosts had goalkeeper Stefan Ortega to thank for keeping the scoreline level after eight minutes, saving Lewandowski's header on the goal line.

The hosts maintained the pressure after falling behind and midfielder Masaya Okugawa had a goal disallowed for offside but they rarely troubled their opponents in the second half. They have scored only 23 goals this season - nine fewer than Lewandowski.

Arminia had dropped into the automatic relegation spots following Hertha Berlin's win over Augsburg on Saturday and remained in 17th place, three points adrift of safety, after defeat by Bayern extended their winless run to seven games.

PSV Eindhoven come from behind to win Dutch Cup final

PSV Eindhoven scored two goals in as many minutes early in the second half to overturn a halftime deficit and win the Dutch Cup with a 2-1 victory over Ajax Amsterdam on Sunday.

Mexico international Erick Gutierrez equalised with a diving header in the 48th minute, stealing in unmarked at the back post to get on the end of a flick-on from a free kick.

Cody Gakpo then claimed the winner two minutes later with a strong run from deep and a powerful shot that caught out Ajax’s veteran goalkeeper Maarten Stekelenburg, who was preferred in the lineup to the departing Andre Onana.

Ajax had gone ahead in the 23rd minute when teenager Ryan Gravenberch drove at goal, played a quick one-two and then curled a shot wide of PSV’s goalkeeper Yvon Mvogo.

PSV, who are four points behind Ajax in the Dutch league standings with five rounds to complete, also had an early effort ruled out by VAR while Ajax had two tight offside decisions go against them.

It was PSV’s first cup success in 10 years, denying Ajax a third successive Dutch Cup final win under coach Erik ten Hag, who is the leading candidate to join Manchester United next season.

© Copyright 2022 Reuters Limited. All rights reserved. Republication or redistribution of Reuters content, including by framing or similar means, is expressly prohibited without the prior written consent of Reuters. Reuters shall not be liable for any errors or delays in the content, or for any actions taken in reliance thereon.
Related News: Sevilla, PSV Eindhoven, Real Madrid, Arminia Bielefeld, Ramon Sanchez Pizjuan
COMMENT
Print this article 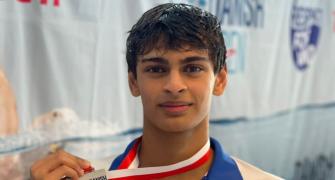 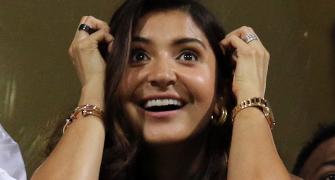 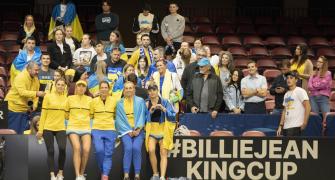 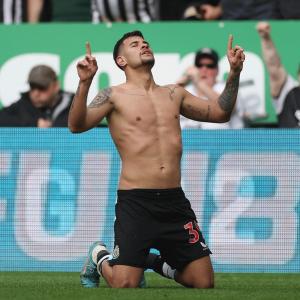