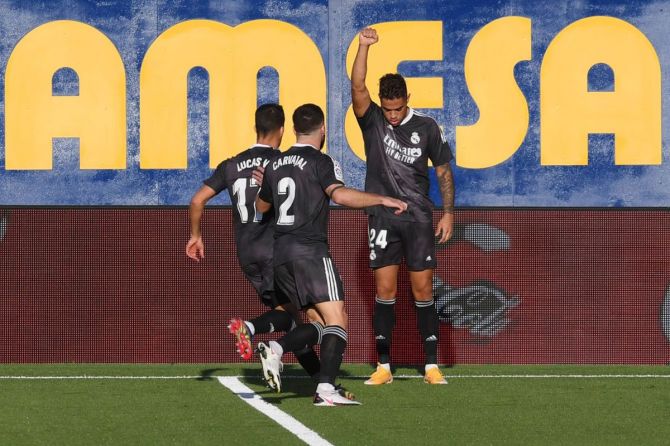 Severely depleted Real Madrid conceded a fourth penalty in two games as they drew 1-1 at Villarreal in La Liga on Saturday, dropping points for the second game in a row.

Zinedine Zidane's side were missing seven players through injury and illness, including the indispensable trio of Sergio Ramos, Karim Benzema and Casemiro, but the champions went ahead in the second minute with a diving header from Mariano Diaz.

Villarreal forward Gerard Moreno levelled from the spot in the 76th minute after substitute Samuel Chukwueze had been felled by Madrid keeper Thibaut Courtois, who also let in three penalties in the 4-1 defeat at Valencia two weeks ago.

Unai Emery's Villarreal were much improved in the second half and had spurned numerous chances before Moreno's leveller.

They went searching for a winner and almost found one through Japanese teenager Takefusa Kubo, who is on loan from Madrid, but Courtois stood firm to make the save.

Real are fourth in the standings on 17 points, while Villarreal are second on 19. Real Sociedad are top with 20 points.

"We had some very important players missing and it's not easy for any club to deal with the difficulties we are facing at the moment," said Madrid defender Nacho.

"But we showed character and played well, even though we're not happy that we couldn't get the three points."

Real's injury crisis led to Dominican forward Mariano making his first start since May 2019, when he scored twice in a 3-2 win over Villarreal, and he wasted little time in making his mark.

Villarreal protested the goal as the linesman had momentarily flagged for offside against Lucas Vazquez, who never made contact with the ball, and Dani Carvajal picked it up before crossing to Mariano.

Moreno was pleased with his side's reaction after a poor first half.

"We felt that we could have gone on to get the win, we had a few chances but the point is a good one considering how we started the game," he said.

"We failed to keep possession for long in the first half and struggled to make chances. But in the second half we changed that, we showed we're a team that loves to have the ball and we were the better side and should have won the game." 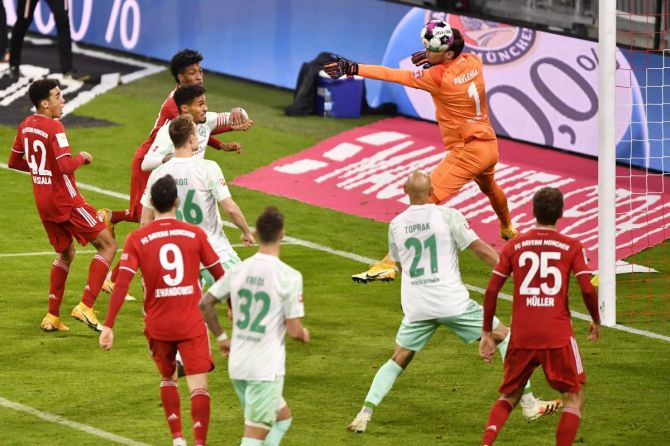 Lacklustre Bayern Munich had to come from behind to rescue a 1-1 draw against Werder Bremen on Saturday, slipping up for only the second time in their last 35 matches in all competitions but staying a point ahead of undefeated Bayer Leverkusen.

Four days after Germany's stunning 6-0 loss to Spain, there was little in terms of redemption for Bayern's many internationals, with the German champions failing to hit a single shot on target in the entire first half.

Werder took a deserved lead on the stroke of halftime after Josh Sargent set up Max Eggestein who beat keeper Manuel Neuer with a well-placed left-footed effort.

Bayern, who had won 33 of their previous 34 games in all competitions, had to wait until the 50th minute for Douglas Costa to rattle the crossbar with a fierce shot and the hosts to show some signs of life.

They upped the pace briefly and Kingsley Coman drew them level, nodding in at the far post in the 62nd but for the next 20 minutes they again dropped back before a couple of late chances for Eric Choupo-Moting and Robert Lewandowski.

The hosts, however, have Neuer to thank for avoiding the second league defeat of the season after he beat Sargent in a one-on-one in the 88th minute.

Bayern are on 19 points, three ahead of RB Leipzig, who are in action later against Eintracht Frankfurt.

Unbeaten Bayer Leverkusen are provisionally second on 18 after their 2-1 win over Arminia Bielefeld, courtesy of Aleksandar Dragovic's 88th-minute winner on the rebound.

Schalke 04 slumped to a 2-0 defeat at home against VfL Wolfsburg and have now gone 24 league matches without a win. Schalke, who are edging closer to the all-time winless run of 31 matches in the league set by Tasmania Berlin in 1965/66, are 17th.

Immobile sets Lazio on way to rain-soaked win at Crotone

Ciro Immobile became Lazio's joint second top goalscorer in Serie A history as he set his side on their way to a 2-0 victory at Crotone in sodden conditions on Saturday.

The match was in danger of being called off after violent storms and flooding in Calabria, but after the pitch passed an inspection, Immobile glanced home a 21st minute header to move onto 107 Serie A goals for Lazio, alongside Giuseppe Signori.

As the rain subsided in the second half, the visitors made sure of the three points in the 58th minute as Joaquin Correa squeezed a shot in from a tight angle.

The win stretches Lazio's unbeaten run to seven in all competitions and moves Simone Inzaghi's side up to fifth in the Serie A standings, while Crotone remain bottom.

Rennes slump to Bordeaux defeat ahead of Chelsea clash

Stade Rennais slumped to a 1-0 home defeat by Girondins de Bordeaux in Ligue 1 on Friday, four days before hosting Chelsea in a key Champions League game.

Bordeaux prevailed through a first-half goal by Hatem Ben Arfa as Rennes, who hope to revive their hopes in Group E against the London club on Tuesday, slipped down to fourth in the league standings on 18 points from 11 games.

Ben Arfa danced around three Rennes defender before beating Alfred Gomis with a low shot from just inside the box nine minutes before the break.

The result put Bordeaux up to 11th on 15 points.

Leaders Paris St Germain wasted a two-goal halftime lead as they lost 3-2 at Monaco in Ligue 1 on Friday ahead of a crucial Champions League game against RB Leipzig.

Kylian Mbappe's double was cancelled out by two goals from Kevin Volland before Cesc Fabregas gave the hosts all three points with a penalty six minutes from time.

Monaco are now second in the standings with 20 points from 11 games, four behind PSG, who host Leipzig in Group H on Tuesday trailing the German side and Manchester United by three points.

Centre back Abdou Diallo, who fouled Volland for Monaco's penalty, was sent off.

Mbappe, back with PSG since picking up a thigh injury against Nantes on Oct. 31, struck first in the 25th minute with a shot into the top corner.

He doubled the tally 12 minutes later from the penalty spot after Rafinha was brought down by Youssouf Fofana.

Moise Kean was denied PSG's third by the Video Assistant Referee (VAR) for being in an offside position two minutes later.

It was referee Clement Turpin who then denied Mbappe his third goal for being offside one minute before the break.

Monaco raised their level after the interval and Volland reduced the arrears in the 52nd minute with a shot from close range.

The momentum had swung and Volland levelled in the 66th, again from close range from Fabregas's cross.

The Spanish midfielder then coolly converted the winning penalty.

Bordeaux prevailed through a first-half goal by Hatem Ben Arfa as Rennes, who hope to revive their hopes in Group E against the London club on Tuesday, slipped down to fifth in the league standings on 18 points.

Ben Arfa danced around three Rennes defender before beating Alfred Gomis with a low shot from just inside the box nine minutes before the break.

The result put Bordeaux up to 11th on 15 points.

© Copyright 2022 Reuters Limited. All rights reserved. Republication or redistribution of Reuters content, including by framing or similar means, is expressly prohibited without the prior written consent of Reuters. Reuters shall not be liable for any errors or delays in the content, or for any actions taken in reliance thereon.
Related News: Rennes, Monaco, PSG, Villarreal, Bayern Munich
COMMENT
Print this article 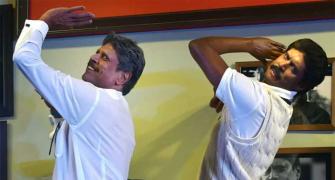 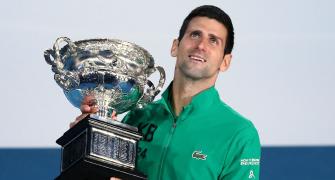 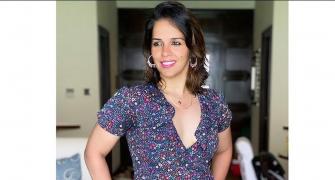