Paris St Germain forward Kylian Mbappe scored his 27th goal of the season as the runaway leaders edged closer to the Ligue 1 title with a hard-fought 1-0 win at Toulouse on Sunday.

Mbappe struck in the 74th minute to put PSG on 80 points from 29 games and on the brink of retaining the title with second-placed Lille, who beat Nantes 3-2 away earlier on Sunday, still 20 points behind having played a game more.

Thomas Tuchel's side will be crowned next weekend if they beat Racing Strasbourg and Lille fail to win at Stade de Reims.

PSG are looking to become the first club in the French top flight to reach 100 points and to beat the record of most goals scored (118), held by RC Paris since the 1959-60 season.

PSG dominated but Eric Choupo-Moting skied a sitter over the bar and Marquinhos had a goal disallowed for offside after a VAR review.

Mbappe, however, found the back of the net with a neat strike from inside the area from a Thilo Kehrer cross 16 minutes from time.

The Canaries were 2-0 up after a penalty by Valentin Eysseric and a second-half strike from Kalifa Coulibaly.

The visitors, however, turned the situation around in eight minutes.

Rafael Leao volleyed home to reduce the arrears in the 62nd minute and Nicolas Pepe levelled with a penalty in the 68th before Jonathan Bamba gave the northerners all three points a minute later by poking the ball home from Pepe's cross.

A cheeky Paris Saint-Germain fan ran onto the pitch at Toulouse on Sunday and clicked a selfie of himself with Mbappe before being a nabbed by security staff.

According to AFP, the supporter, wearing a PSG jacket, clambered out of the stands during the Ligue 1 match and ran slowly up behind the 20-year-old Frenchman, who jumped with surprise when he saw the fan brandishing his telephone.

The young man was then floored by security, although Mbappe shook his hand and exchanged a few words with him before he was led away.

IMAGE: Lazio's Senad Lulic and Inter Milan's Danilo D'Ambrosio in an aerial challenge during their Serie A match at San Siro in Milan on Sunday. Photograph: Daniele Mascolo/Reuters

Lazio threw the race for Champions League places wide open when an early Sergej Milinkovic-Savic goal gave them a 1-0 win at third-placed Inter Milan in Serie A on Sunday.

The Serbia international stunned the San Siro when he caught Inter midfielder Marcelo Brozovic off his guard to head in at the far post from Luis Alberto's cross in the 13th minute.

Lazio's win took them to fifth on 48 points with Atalanta, one ahead of AS Roma and three behind fourth-placed AC Milan -- who lost 1-0 at Sampdoria on Saturday -- with a game in hand.

Inter Milan have 53 points and only eight separate them from ninth-placed Sampdoria (45).

The top four qualify for next season's Champions League.

Inter were again without forward Mauro Icardi, who has not played since he was stripped of the captaincy in mid-February and then complained he had a knee injury.

The Argentine returned to training this week but was surprisingly left out by coach Luciano Spalletti.

Inter had more possession but created few real chances and could easily have lost by more.

Their keeper Samir Handanovic kept Lazio's halftime lead to a single goal by blocking a Bastos header at point-blank range and turning away Luis Alberto's effort with a one-handed save.

Handanovic then made a brilliant double save in the second half, first denying Felipe Caicedo after the Ecuadorean burst through the Inter defence and tried to chip the keeper, and then foiling Ciro Immobile from the rebound.

In the other evening match, Bologna moved out of the relegation zone when Mattia Destro scored in the sixth minute of stoppage time to give them a 2-1 win over visiting Sassuolo.

Substitute Erick Pulgar had put Bologna ahead with a penalty, his first touch of the game, before Jeremie Boga levelled two minutes into stoppage time.

Destro was then brought off the bench and headed in from a corner to lift Bologna to 17th on 27 points, two above Empoli who lost 1-0 at runaway leaders Juventus on Saturday.

Inter Milan coach Luciano Spalletti said the club had been humiliated by striker Mauro Icardi as he explained why he left the Argentine out of the team for Sunday's Serie A match at home to Lazio.

Icardi was stripped of the captaincy in February after being embroiled in protracted negotiations over the renewal of his contract and the 26-year-old then said he could not play because of a knee problem.

Icardi, Inter's leading scorer in each of the last four seasons, returned to training this week after a meeting between his lawyer Paolo Nicoletti and the club and was expected to face Lazio but was surprisingly left out by Spalletti.

"To have to negotiate with a player to get him to play and wear the Inter shirt is humiliating, for the fans and his team mates," Spalletti said after third-placed Inter's 1-0 defeat.

"Do I have to email his lawyers before I can select him?"

"Today, Mauro Icardi had to be left out because of the way he has behaved, it's only fair that the others play... It's a question of credibility."

Spalletti said that "the events have happened in front of everyone and are easy to interpret.

"You must have respect and the right behaviour in the dressing room. The coach must be credible and recognised as someone who will do the right thing."

Spalletti added that Sunday's defeat by Lazio after Sergej Milinkovic-Savic's early goal was not due to Icardi's absence.

"How many defeats, worse than this one, have we had with Icardi on the pitch?" he said.

"Lionel Messi and Cristiano Ronaldo make a difference but there are very few like them. Professionalism and self-respect are everything. Discipline is everything."

Napoli ripped AS Roma's defence to shreds as they handed the hosts an embarrassing 4-1 defeat at the Stadio Olimpico in Serie A on Sunday and piled on the problems for recently-appointed coach Claudio Ranieri.

Roma began the game in fifth place with a chance to move within a point of fourth-placed AC Milan, who lost 1-0 at Sampdoria on Saturday, but instead dropped to sixth after Atalanta won 3-1 at Parma to overtake them.

Arkadiusz Milik put Napoli ahead after two minutes, cleverly controlling Simone Verdi's chipped pass with his heel and then swiveling to fire past Robin Olsen.

Having dominated the first half, with another Milik goal chalked off for offside, Napoli were pegged back in stoppage time when Patrik Schick was fouled by goalkeeper Alex Meret and Diego Perotti slotted home the penalty.

Yet Roma were left reeling by two quick goals after the break as they slumped to a second defeat in Ranieri's three games in charge.

Jose Callejon's low cross slipped under Olsen's hand to leave Dries Mertens with a tap-in at the far post in the 50th minute, then Fabian Ruiz burst down the left and set up Verdi for the third five minutes later.

Substitute Amin Younes added the fourth, scoring at the second attempt after Roma failed to clear a corner.

Milan, in the lowest of the Champions League slots, have 51 points, followed by Atalanta (48) and Roma (47).

Ranieri returned for a second stint at the club to replace Eusebio Di Francesco, fired after a 3-0 derby defeat to Lazio was followed by Champions League elimination at the hands of Porto.

"It's difficult, but we are working hard and trying to do our best," said Ranieri.

"The others run faster and harder and get to the ball first. Do I regret taking the job? Never."

Atalanta fell behind to an early Gervinho goal at Parma before Mario Pasalic levelled midway through the first half and two goals in the last 15 minutes from striker Duvan Zapata gave them the points.

The Colombian took his season's tally to 19, level with Juventus forward Cristiano Ronaldo and two behind leading scorer Fabio Quagliarella of Sampdoria. 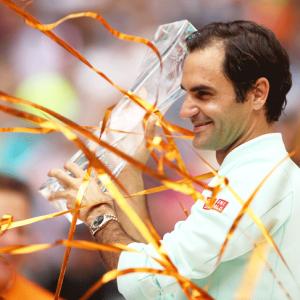 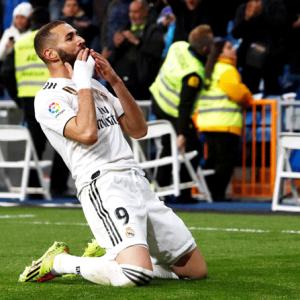