Mumbai City FC began their journey in the AFC Champions League with a 3-0 mauling by Saudi Arabia's Al Shabab, who marked their return to continental football after a seven-year absence with an emphatic victory in Riyadh.

India's Mumbai City FC are clubbed in Group B.

A double from Argentine Ever Banega (36' penalty, 68') was complimented by substitute Turki Al Ammar (77') as Marius-Ninel Sumudica's men registered a clean sheet at the Prince Faisal bin Fahd Stadium on Friday.

He had young Vikram Pratap Singh and Cassio Gabriel together at the top while Ahmed Jahouh and Apuia were holding the midfield. The back four comprised Rahul Bheke, Mehtab Singh, Mourtada Fall and Mandar Rao Dessai.

Bipin Singh and Lallianzuala Chhangte did duty on the wings.

The Saudi side wasted no time in taking the game to their opponents, and inside two minutes goalkeeper Phurba Lachenpa was forced into making his first save after Hattan Bahebri broke free down the left and squared for Nawaf Al Abid whose left-footed effort was rescued by the tip of the Mumbai City goalkeeper's gloves.

Halfway through the opening period Al Abid was presented with a golden chance to open the scoring when he was sent through on goal by a sublime Carlos pass, and he attempted a dinked finish past the goalkeeper, but his effort passed just wide off target.

Al Shabab thought they had opened the scoring in the 28th minute when Bahebri's shot from the edge of the box had two deflections before falling for Ahmed Sharahili with the goal at his mercy, but the centre-back fluffed his lines from a few yards out.

Banega scored his first-ever AFC Champions League goal to give the Saudi side the lead nine minutes before the break. The Argentine stepped up to send Lachenpa the wrong way from the spot after the Mumbai City goalkeeper had brought down Carlos inside the box.

Lachenpa continued his heroics after the break, denying Carlos a certain goal after the Brazilian was set up by a Banega through ball, but the Indian goalkeeper produced a fine save with his feet.

Al Shabab doubled their lead in the 68th minute after a nice passing exchange between Al Abid and Abdullah Al Jouhi saw the latter pull back for Banega who controlled and calmly finished from the edge of the area for his second of the night.

Substitute Al Ammar made it three for the Riyadh-based side with 13 minutes to go after he got on the end of a Fawaz Al Saqour-cross from the right foot, finishing in style with the outside of his left foot to extinguish any doubts.

Mumbai City are the second Indian club after FC Goa to make it to the group stage of the AFC Champions League.

In another match played at Naihati stadium, Tiddim Road Athletic Union and Sudeva Delhi FC played out a goalless draw.

Neither side would be too happy with the result in the context of their chase for a top-7 finish.

Former Nigerian footballer-turned-priest Chibuzor Nwakanma, Kolkata Maidan's favourite in the 1980s, died on Friday. He was 57.

Forward Chibuzor, one of the top early foreigners to play for the city's 'Big Three', died after a cardiac arrest at his residence in Aba, Nigeria, according to his former teammate, Emeka Ezeugo.

"He finished his usual morning walk, came into the house, slumped and died," Emeka wrote in a Facebook post, leaving many of his former colleague shocked.

Emeka formed a partnership with Chibuzor during their days at DAV College in Chandigarh before replicating their chemistry at the iconic Maidan.

"In the recipe of my youthful life, I just lost a vital ingredient, a brother, friend and the beautiful game's bestie," Emeka wrote in a heartfelt tribute, calling it a loss for Indian football.

"Indian football have lost an icon. I'm still in shock and incapable of discussing this. We were more than a family. He was more than a brother to me. I'm crying without tears. We've come a long way. It's an understatement to say that I'm devastated."

Chima Okorie may have been the most illustrious Nigerian to play for Mohun Bagan, East Bengal and Mohammedan Sporting, but, with his powerful shooting and dribbling skills, Chibuzor had also managed to make his presence felt in the late 80s.

Having come to study in India, Chibuzor was first picked by East Bengal where he played in two phases before moving to Mohun Bagan and then making a name for himself in the black and white jersey in the 1990-91 under the coaching of Shabbir Ali.

"It was the first year of my coaching when he joined Mohammedan Sporting and we became the champion club of India (winning the Sait Nagjee Trophy)," Shabbir Ali told PTI.

"He was a team-man, a jovial character. He mixed up very well with everyone. As for his playing, he was not that extraordinary, but always among the best strikers during that time. He was a perfect blend of good striking, speed and ball control."

Chibuzor also played in an exhibition match against the star-studded Dutch side PSV Eindhoven (1991), which had seven World Cuppers in their ranks.

The player was deeply religious and having studied Theology, he chose to become a pastor after hanging his boots at Churchill Brothers in the late 1990s.

A few years ago though, alongside his work as a priest in a church, he started a residential football coaching centre in Lagos.

Shakhtar Donetsk will play European clubs in a series of charity matches with the proceeds to be spent on aid for people in Ukraine affected by the Russian invasion, the Ukrainian club said on Friday.

The Ukrainian Premier League side have not played since Russia invaded the country in February in what Moscow calls a "special military operation".

The first charity match is against Olympiakos in Athens on Saturday, followed by games against Lechia Gdansk (April 14), Fenerbahce (April 19) and Hajduk Split (May 1).

"We want to talk about war and peace in Ukraine through these matches. About the terrible war that Russia unleashed against Ukraine, about the suffering and destruction that this war brought to our country," Shakhtar CEO Sergei Palkin said.

"About peace -- the need to end this madness, return to normal life and rebuild the country. Our messages are simple: stop war in Ukraine and football for peace -- that says it all." 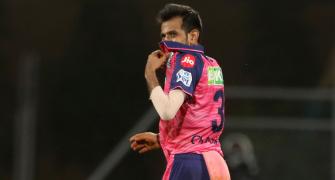 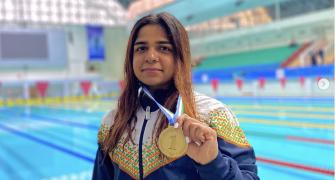 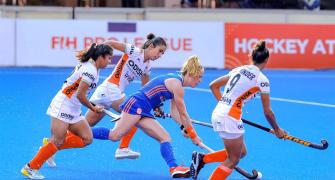 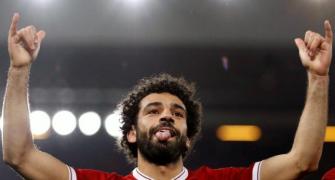 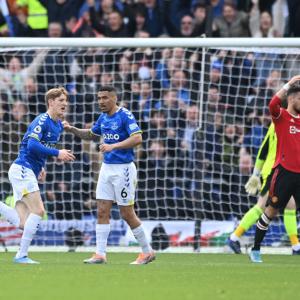 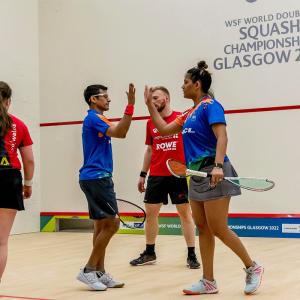