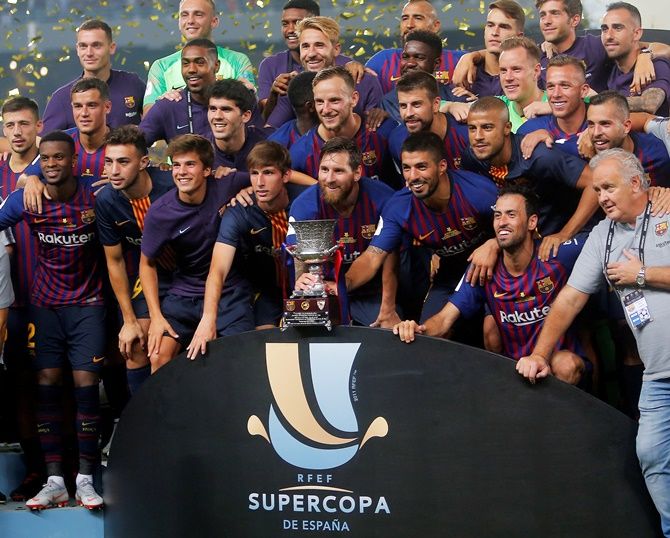 Spanish state broadcaster RTVE said, on Thursday, it would not bid to broadcast the upcoming Spanish Super Cup soccer tournament in Saudi Arabia due to human rights concerns.

Spain's soccer federation (RFEF) announced a three-year deal to play the revamped tournament in Saudi Arabia, with Barcelona, Real Madrid, Atletico Madrid and Valencia due to contest the first edition in Jeddah in January 2020.

That has brought criticism from some in the sports world that the federation has prioritised money and ignored abuses in the conservative Muslim kingdom where women's rights lag and officials masterminded the 2018 murder of journalist Jamal Khashoggi.

"RTVE will not join the bidding to buy the rights to broadcast the Spanish Super Cup in Saudi Arabia because this country violates human rights, especially women's rights in the area of sport," RTVE's head of sport Jesus Alvarez said.

"It's a country where until very recently women couldn't go to watch football. Human rights are fundamental to this corporation, which has made a big push for women's sport in the last few years," he added, speaking on the channel.

Neither the Spanish soccer federation nor Saudi authorities could be immediately reached for comment.

Speaking at the announcement of Saudi Arabia as hosts for the tournament on Monday, RFEF president Luis Rubiales said he could guarantee women would be able to attend without restrictions.

"Our idea is that football can be a tool of social change," he said. "There will be people who are for and against this decision, but we are certain we have made the right move."

The federation has not said how much the deal was worth, but said all income earned would be reinvested in amateur football and women's football, aside from money granted to the four competing clubs.

Atletico Madrid forward Diego Costa is set for a spell on the sidelines after suffering a slipped disc.

"The club's medical staff have done some scans on Diego Costa to assess the neck problems he has been suffering from in the last few days. Those tests have revealed that the striker is suffering from a slipped disc," said a statement from Atletico.

"In the next few days he will be assessed by neurosurgery specialists in order to establish a definitive treatment plan."

Atletico did not state for how long Costa would be out but Spanish media reports said he would miss Atletico's next La Liga game away to Granada on Nov. 23.

Costa, 31, has had a largely unsuccessful second stint at Atletico since rejoining the club from Chelsea in January 2018.

He has started eight of his side's 11 La Liga games this season, scoring two goals.

© Copyright 2021 Reuters Limited. All rights reserved. Republication or redistribution of Reuters content, including by framing or similar means, is expressly prohibited without the prior written consent of Reuters. Reuters shall not be liable for any errors or delays in the content, or for any actions taken in reliance thereon.
Related News: Atletico Madrid, Diego Costa, RTVE, Saudi Arabia, RFEF
SHARE THIS STORYCOMMENT
Print this article 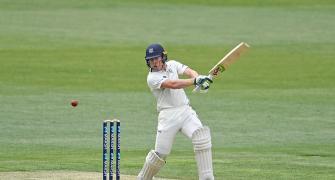